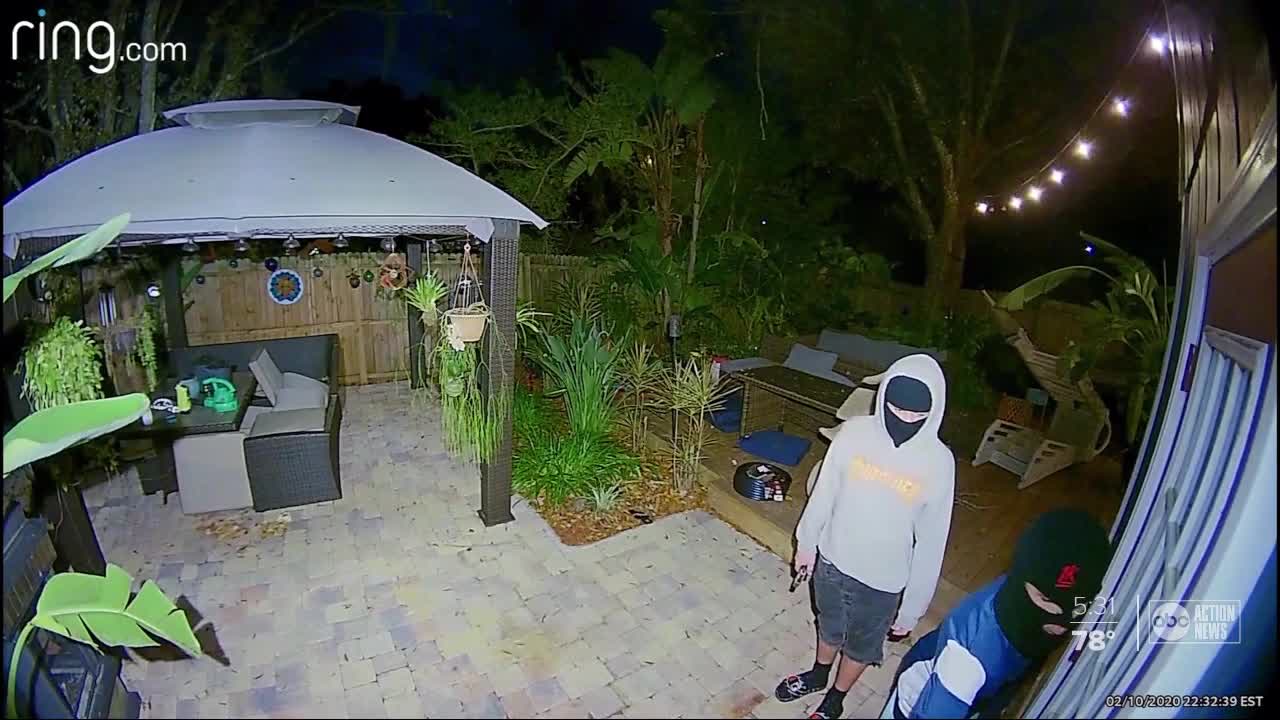 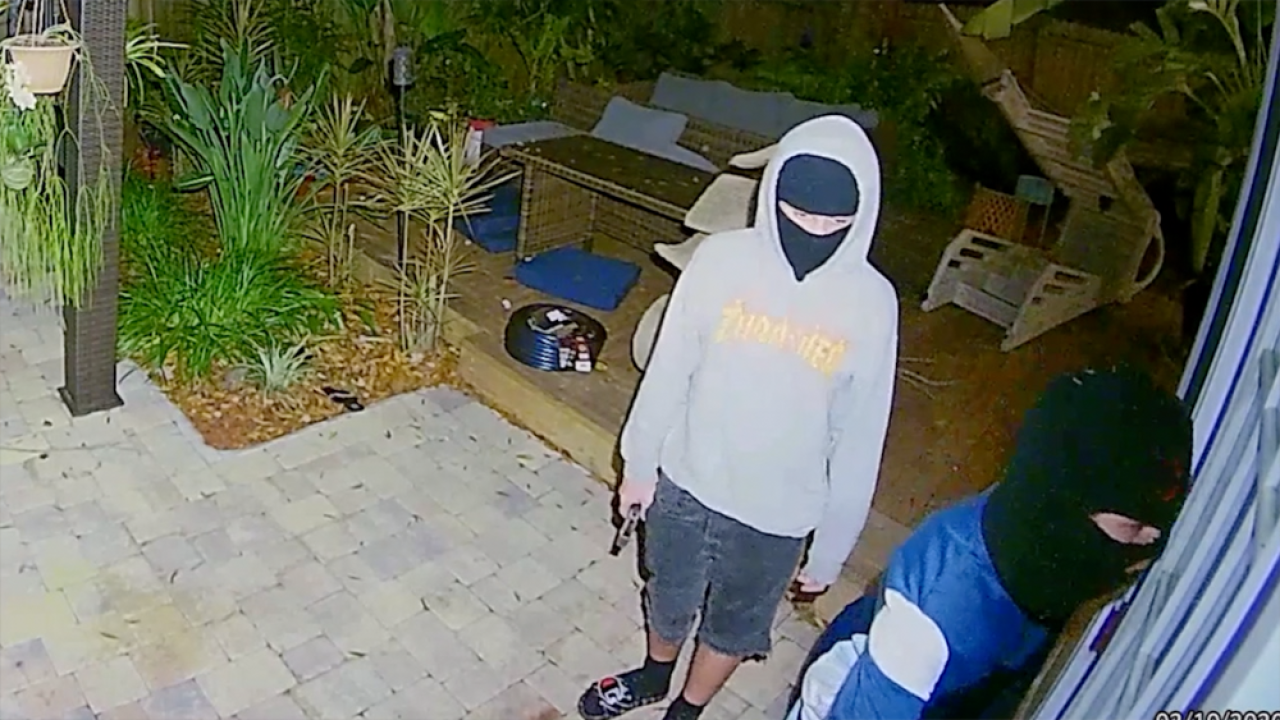 It was an alarming Monday night for neighbors in one Holiday subdivision.

“Not scared but we’re going to protect our own,” said Kevin Missigman, who lives in Colonial Hills.

A Ring camera captured two people as they crept around a home and peered into the back door. With their faces covered up by ski masks, one of them pulls what appears to be a real gun out of their waist band.

Missigman says it looks as if both are teenagers which really concerns him.

“This is a small, young individual that shouldn’t be out there doing this. That’s the scary part about it... this is someone’s kid. We don’t want anybody to get hurt,” he said.

This video is time stamped 10:32 p.m. with the homeowners inside asleep. They tell us they woke up after they heard a gunshot at the front of their house. They say when they opened the front door they found a shell casing.

That’s when they checked their phones to find out what their cameras caught.

“Video and surveillance is is key to protecting your house. It gives them a lot of leverage to catch these people,” Missigman said.

Pasco County Detectives with the Property Crime Unit say they are investigating and encourage people to not only install cameras, but check their footage when a crime is reported in their area in case they captured something.

“They can identify the people and get them off the street. And that’s the main thing,” said Missigman. “We just want it to stop, don’t want to hurt anybody.”

If you have any information about the two people in the video, please call Pasco County deputies.

To request a deputy for a non-emergency, please call the Pasco County Board of County Commissioners Consolidated Communications Center at 727-847-8102.