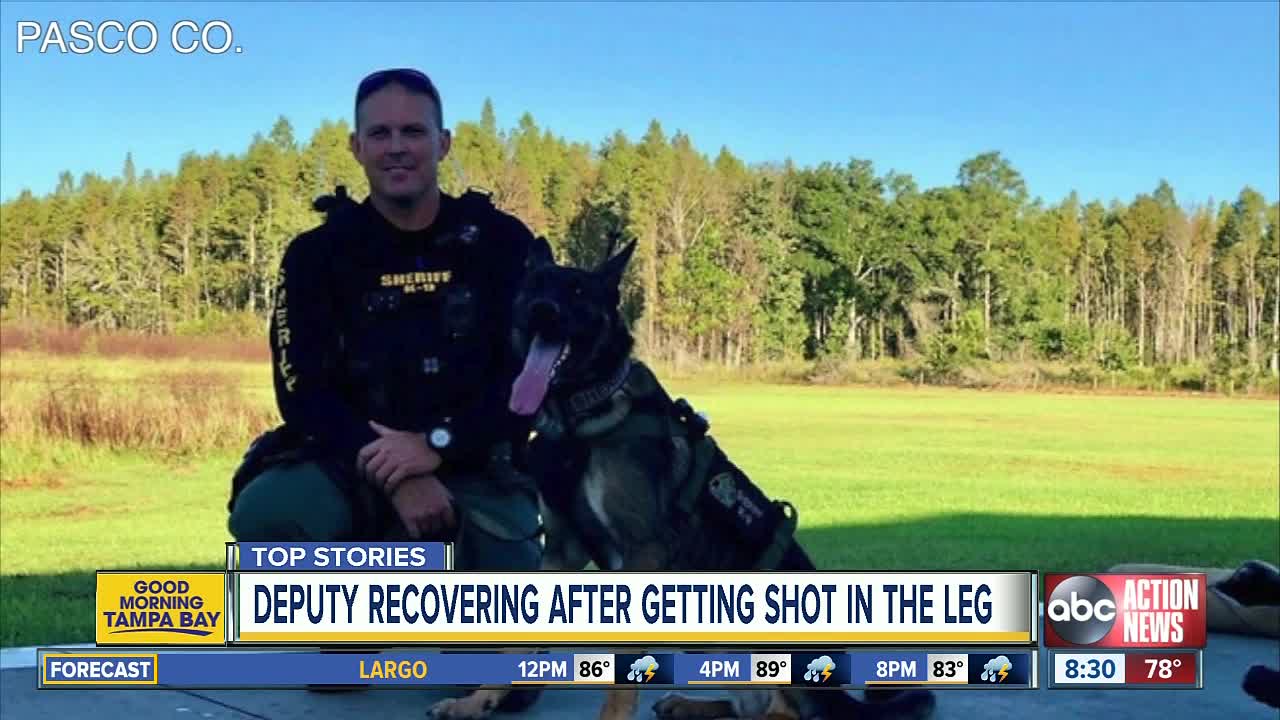 A Pasco County sheriff's deputy was shot in the leg during a barricade situation in New Port Richey early Saturday morning, officials said. 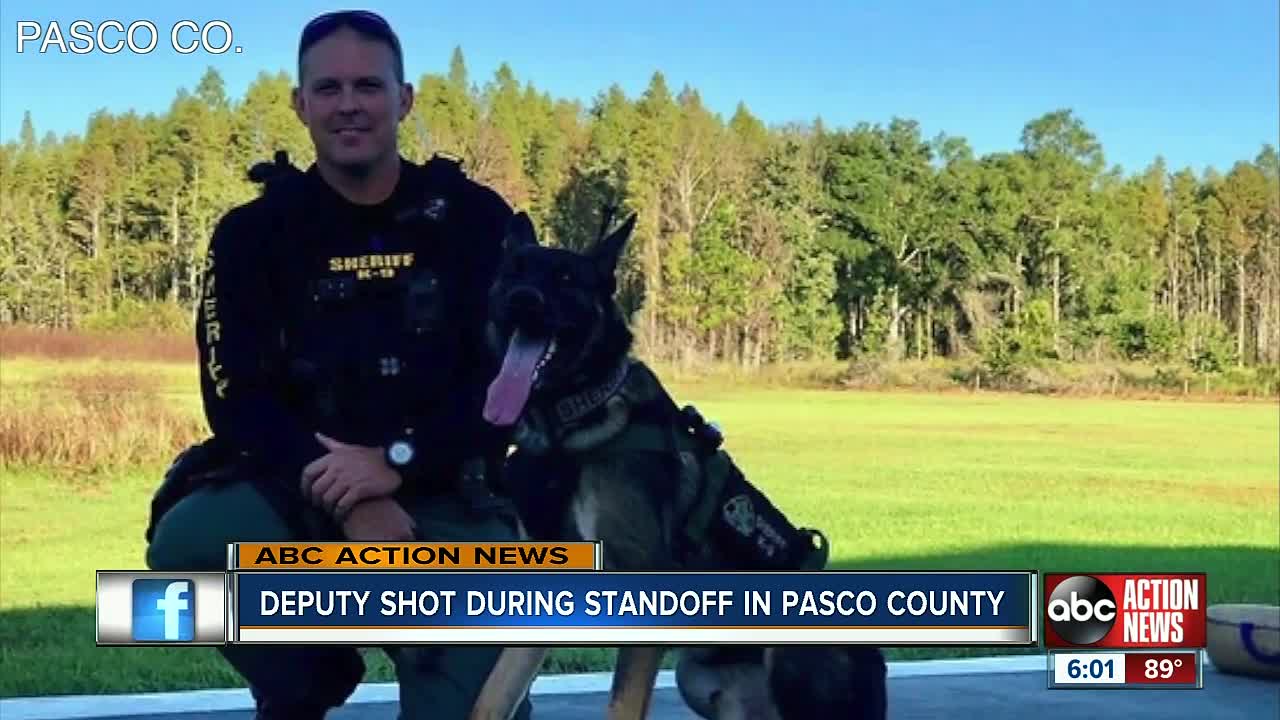 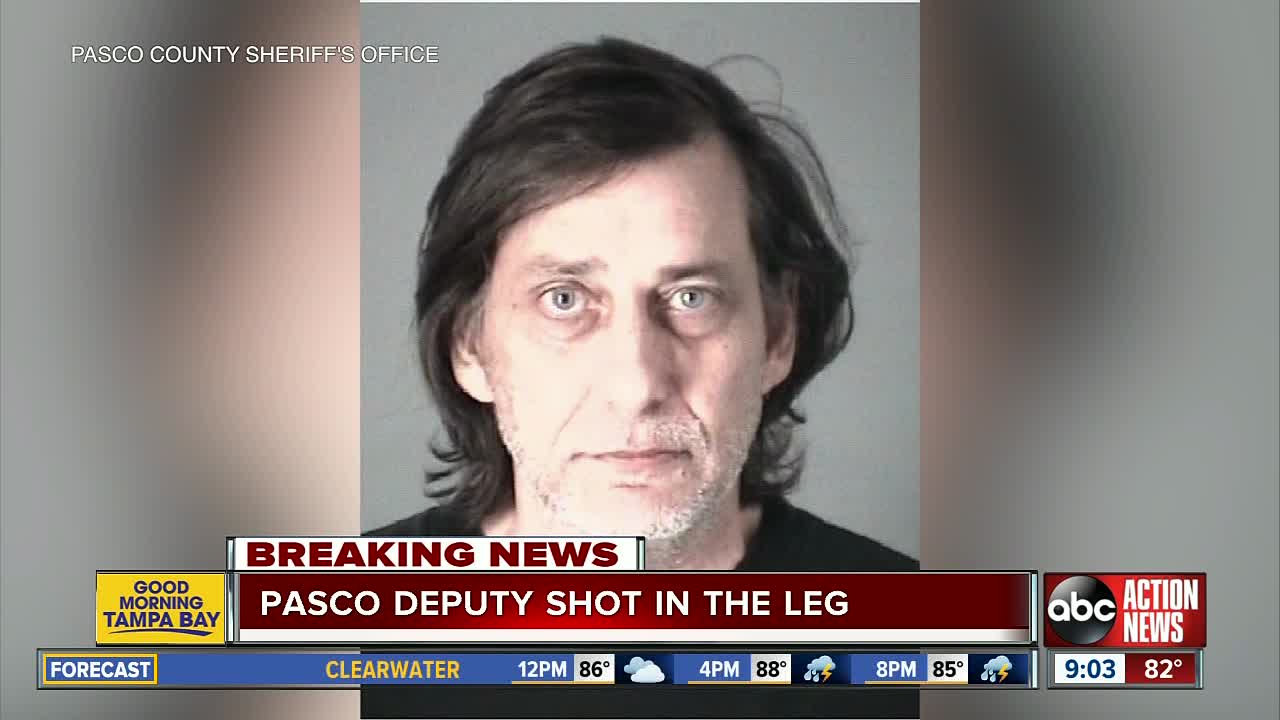 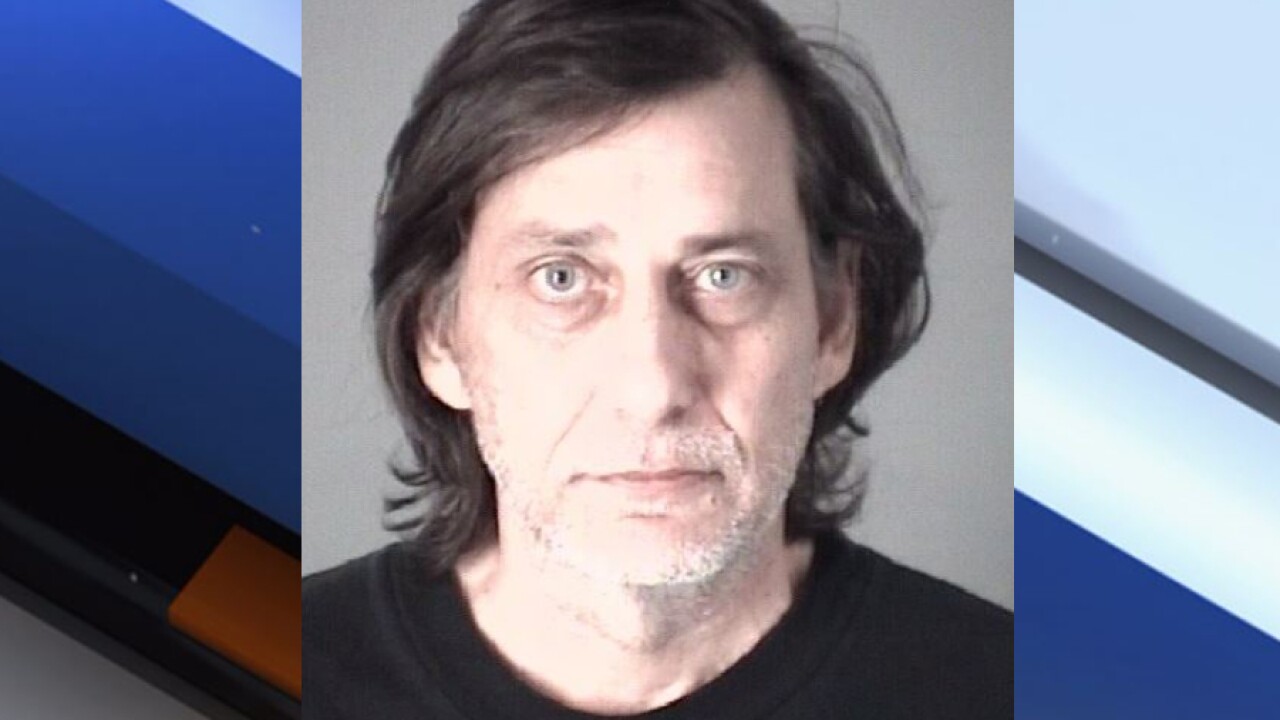 Deputy Christopher Stone, 41, was taken to Regional Medical Center Bayonet Point, where he underwent surgery for what authorities said was a life-threatening injury. He continues to recover in the hospital.

The sheriff's office says Stone's femoral artery was cut and the effort by his fellow deputies saved him from bleeding out. He is now recovering at the hospital following surgery.

Pasco deputies responded to a domestic violence call at a home where Terrance J. Peterson Jr. lives with his wife, Nocco said.

Deputies went to the home on Humboldt Avenue after the couple's daughter called the sheriff's office to report her parents were fighting and her father had shot at an Amazon Alexa.

When deputies arrived, a woman came out of the house, but the man barricaded himself inside and refused to come out, Nocco said.

Deputies waited about an hour before they entered the home to make contact with the suspect.

When the deputies entered the house, a person believed to be the suspect opened fire, Nocco said.

Deputy Stone was hit by a bullet in the leg and went down.

Deputies on the scene applied a tourniquet to stop the bleeding until paramedics took over. A bullet grazed another deputy's hand.

They retreated from the house and a robotic device was sent in to locate the suspect,

Deputies went back into the house, located the suspect and carted him off to an area hospital for treatment. Peterson died of his injuries a few days later.

He would have faced at least five charges of attempted murder, Nocco said.

No information was provided on whether the woman suffered any injuries.