Two Men and a Truck Employees arrested for stealing $75,000 in jewelry 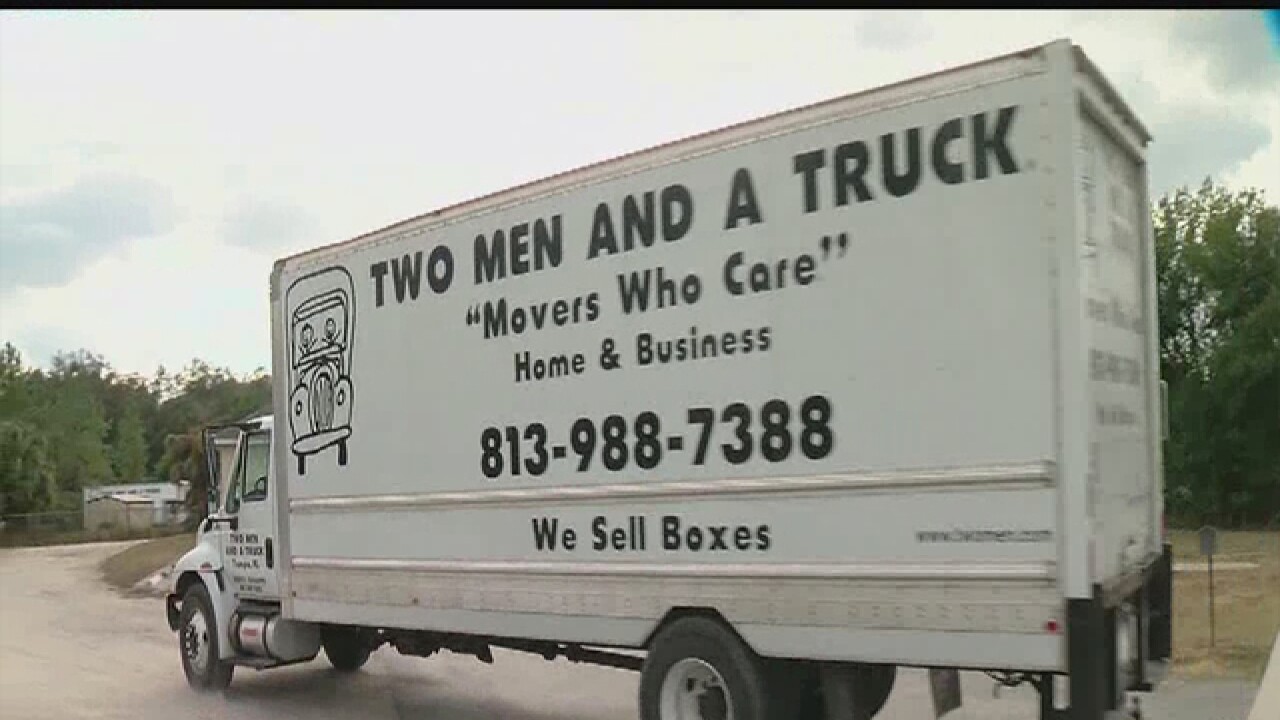 Two moving company employees are in jail accused of stealing nearly $75,000 worth of jewelry from a customer in Odessa.

According to the Hillsborough County Sheriff's Office, 25-year-old Herbert Moore and 38-year-old Duquesne Broadway pawned the jewelry in Tampa for $362.

"We are aware of the reported theft," Jeff Knowles, Franchise VP said in a statement. "(We) will continue to work with the customer and local authorities."

But it's not the first time employees of the franchise owner have been accused of stealing. ABC Action News uncovered 2 more theft complaints at their location in New Port Richey.

"I keep finding things missing all of the time," Carol Perella said.

Perella filed a complaint with the Florida Department of Agriculture and Consumer Services connected to her move in 2013. She says the movers stole $14,000 worth of her belongings including a coin collection and liquor.

She says the business did nothing to address her concerns.

"I've never been treated that badly." She said.

The victim in that case has since passed away. His son tells us they still have not been compensated for the theft.

Two Men and a Truck refused to comment on those thefts. Jeff Knowles said in his written statement that his employees go through and pass background checks.

According to our research, Broadway (who was just arrested for the jewelry theft) has been in and out of jail 9 times since 2004. He had never been arrested for any type of theft.

According to a representative of the Department of Agriculture and Consumer Services, the Two Men and a Truck franchises have been relatively reliable compared to other moving companies.

The owner of the franchise says they do 10,000 moves per year. The vast majority of their customers give them good reviews.

If you are hiring movers, visit 800helpfla.com. You can search for companies, make sure their licensed and find complaints. Experts say regardless of who you hire, you should never let them move easily stolen valuables. Always move things like jewelry on your own.