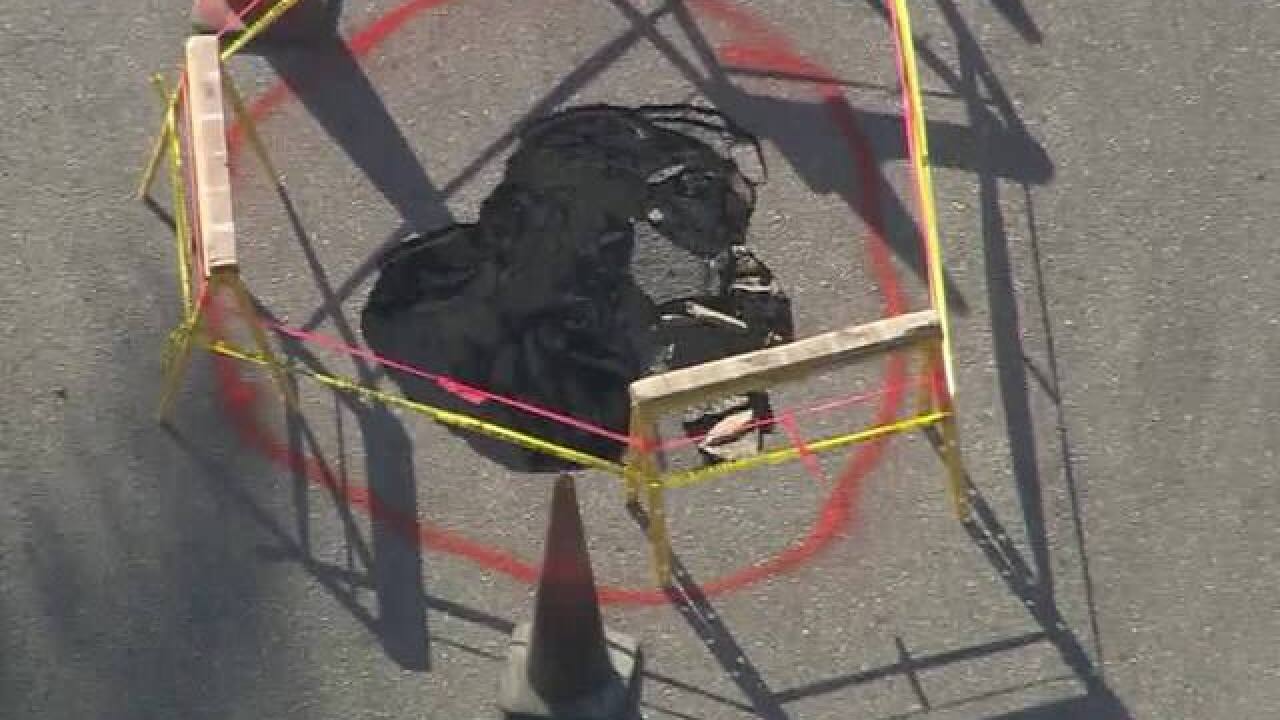 A depression formed in the middle of a street in the Trinity area in Pasco County Monday afternoon, according to a sheriff's spokesman.

The four feet wide hole opened up in the 10000 block of Northridge Court sometime after 1 p.m.

The hole is not a danger to any nearby homes and no evacuations have been ordered.

Crews are on the scene working to make a quick repair.