Storm sends carport flying through the air and into home 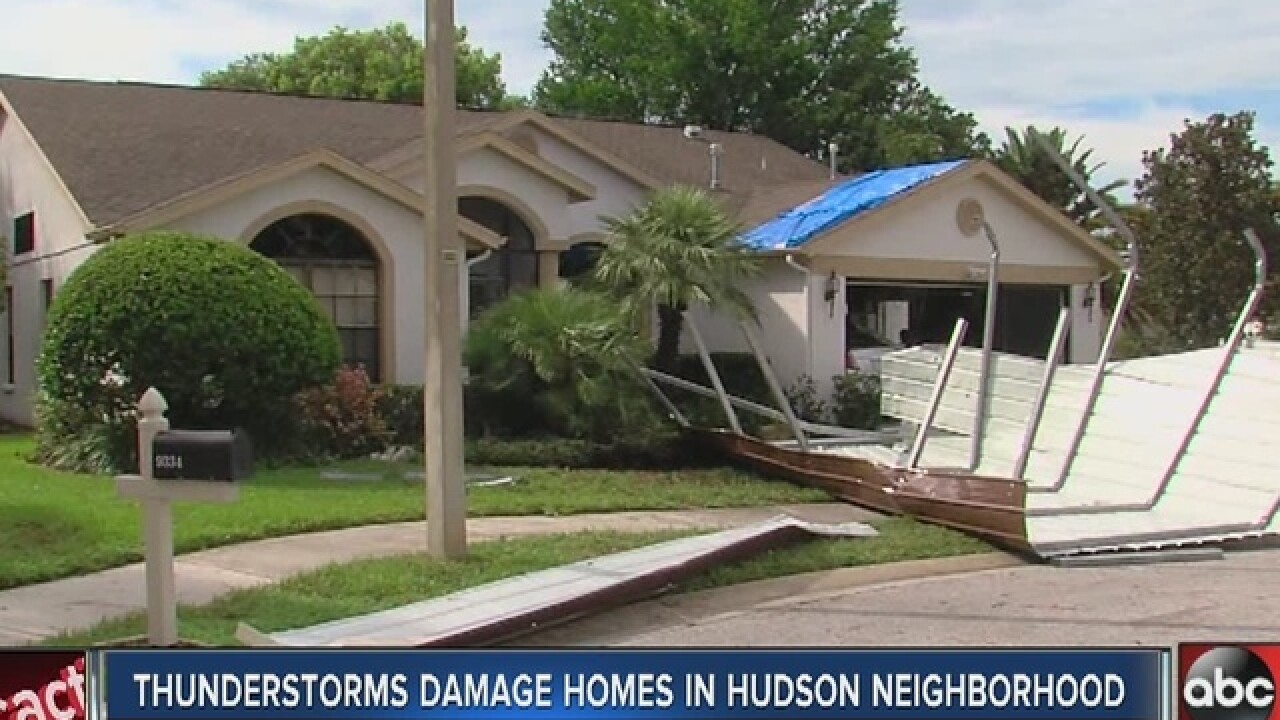 “Where did it come from, did fall from a plane or what,” said Donald Cline.

No, the carport that wedged itself into Cline’s roof came over a twelve foot wall, then a house, and smack dab into his garage damaging his car.

Friday afternoon, a strong storm rolled through this Hudson neighborhood.

The storm that left as quickly as it arrived threw shingles into driveways, solar panels into yards and tree’s onto houses.

“It had to be over 60 miles per hour to pick that thing up like a parachute,” said Gary VanDierndonk.

VanDierendonk says he was inside when two large aluminum carports flew over his home.

Nine homes were damaged by the storm.

Jason Epp says he was at work when he got a call from his wife.

“Driving to Palm Harbor I got a call from a frantic wife that we had a storm and a tree on the house,” said Epp.

Fortunately the tree didn’t cause any structural damage.

Most made quick clean up of the mess and were just thankful no one was hurt.

“Things happen, we’ll get it fixed and go from there,”

The person who owned that carport could be in a bit of trouble. County inspectors were there indicating the carport was not properly anchored down which could lead to the owner facing fine and being liable for the damage it caused.