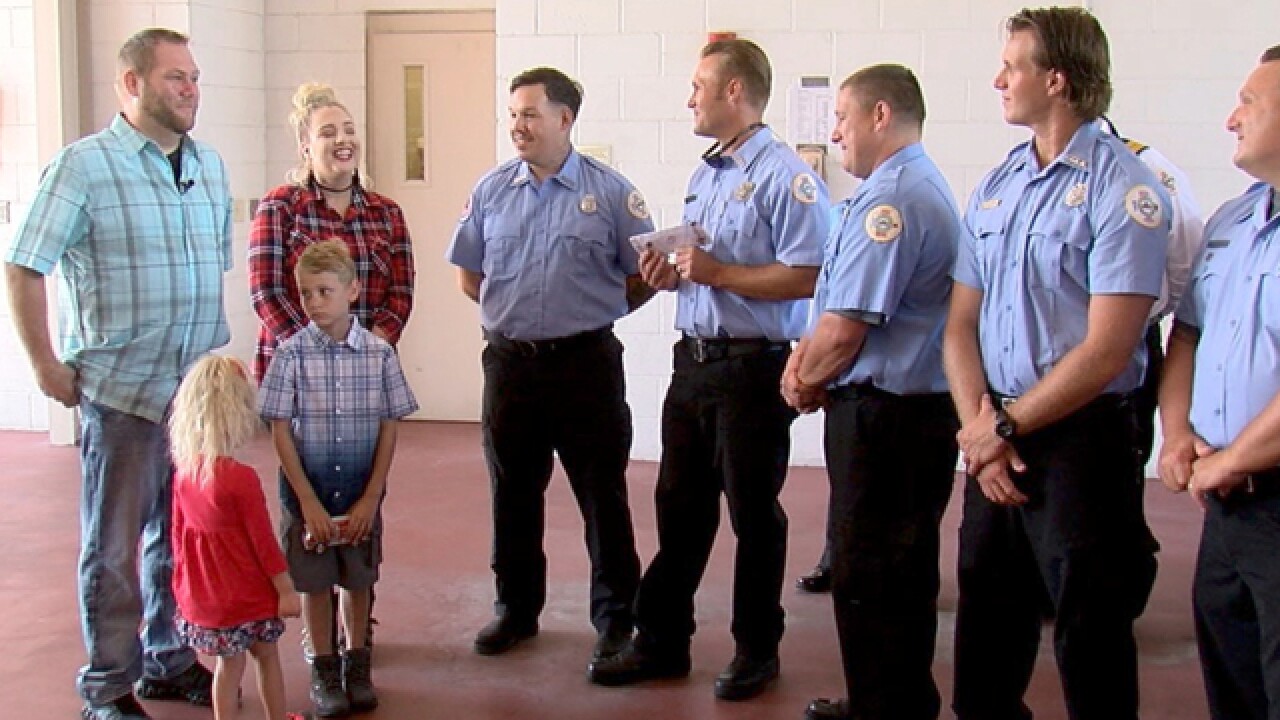 PASCO COUNTY, Fla. — Gene Work got to thank the firefighters and paramedics that saved his life, and his lawn, after he suffered a major heart attack while laying sod Saturday.

Tuesday, his family showed up to surprise the men at station 10.

"You can just tell by his posture and mentality he’s feeling way better. I’m happy to see that,” said Tyler Romanowski, one of the firefighters that rushed him to the hospital.

As he fought for his life at Bayonet Point Medical Center, Pasco County Firefighters and paramedics returned to his house to finish the job he couldn't.

"While he was having his heart attack, literally in and out of consciousness, he kept begging me to figure out the sod," said Melissa, Gene's wife.

"We had to break the news that he’s having a heart attack and he was just overwhelmed,” said Jason Freiesleben, one of the firefighters who helped load him into the truck. He says Gene kept mentioning the sod and said, “this can’t be happening right now! I’m trying to lay sod!”

Gene says he told first responders to do the EKG again, "I didn't believe it was a heart attack," he said.

Even at the hospital, Freiesleben says the nursing staff said he was still talking about the sod. Freiesleben threw out the idea of going back to Work’s house to finish the job.

"He said 'hey how about we do it', and we said 'sure' no hesitation,” said Romanowski.

The job was finished in 45 minutes.

“Easy peasy,” Romanowski said. “It really isn’t that big of a deal, it is just laying sod but it just shows you it doesn’t take that much effort."

"Going through the whole process I recognize their faces but I didn’t really know what was going on so I just wanted to come back and say thank you,” said Work, about the surprise meeting Tuesday.

He was able to hug the first responders that saved his life.

Melissa is also about to undergo a major surgery herself — a bone marrow transplant. Because of that, she will have to be in quarantine for a long time, which is one reason they wanted to get the sod done quickly.

"It seems like all of this is bad but the community, the people reaching out to help us, it’s beautiful," she said.

On Monday the company the Work's purchased the sod from, Sod Depot of Tampa, said they would refund the $900 he originally spent purchasing the sod.