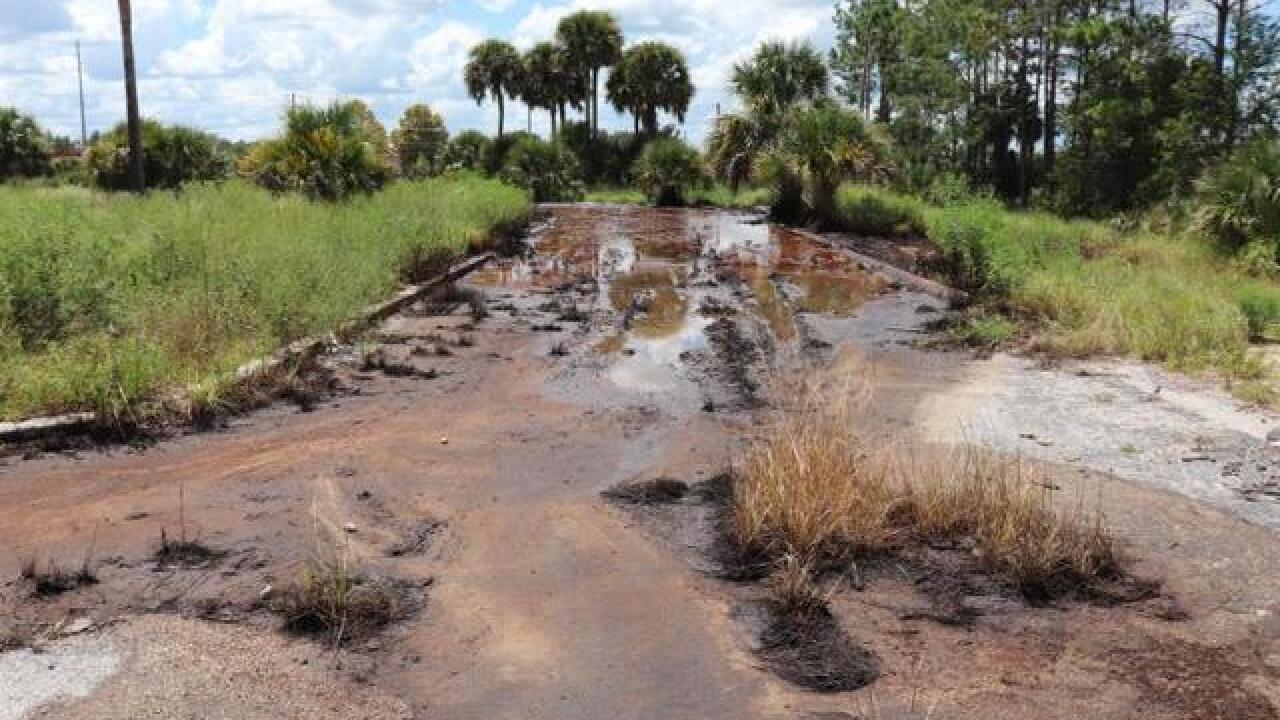 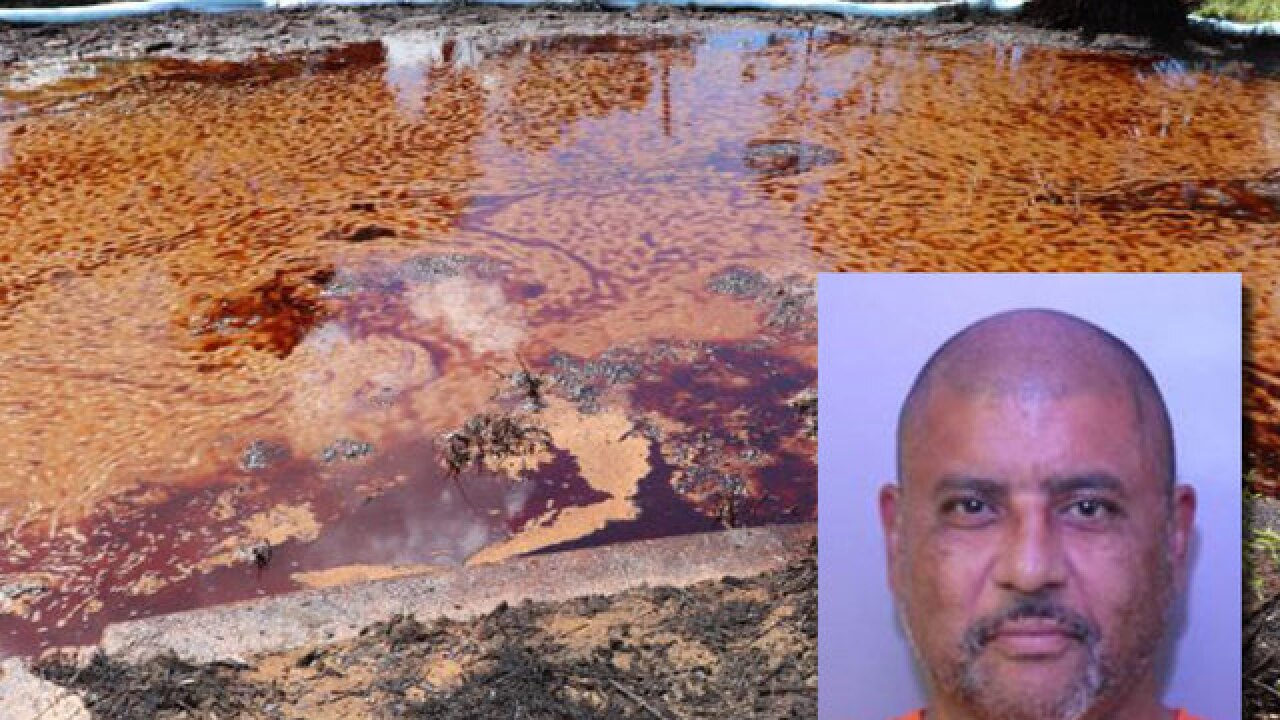 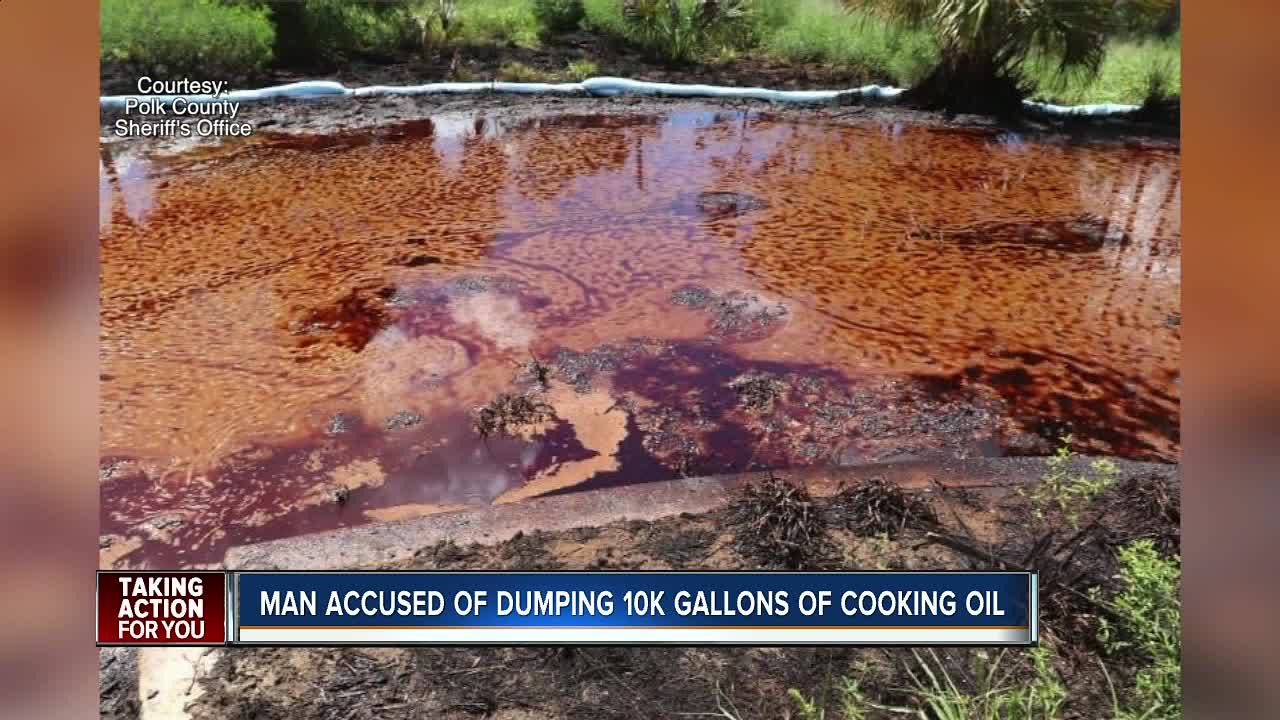 DAVENPORT, Fla. — A Pasco County man was arrested on Tuesday after detectives say he illegally dumped 10,000 pounds of cooking oil in a vacant lot in Davenport.

PCSO Agricultural Crimes detectives arrested 50-year-old Peter Rodriguez of Davenport on two counts of commercial dumping. According to ACT Environmental, who assisted with cleanup, it's the largest spill ever found in Polk County.

Polk County Fire Rescue/Hazmat, ACT, and the Florida Department of Environmental Protection Hazmat Teams responded to the area of Sand Mine Road and Hwy 27 to assist deputies. Walgreens and Duke Energy own the adjoining property where the "oil sludge" was found.

"Our investigators worked quickly to find out where the oil from the 'Super Spill' came from. Hazmat tested it and determined it's not hazardous to the public," Polk County Sheriff Grady Judd said.

According to the affidavit, deputies found a pump truck near the scene behind Dollar General where the used oil was leaking from a drain spout. After investigating, deputies determined the truck was owned by Brownies Septic and Plumbing and Rodriguez was the operator.

Rodriguez eventually admitted to dumping the sludge, but said he had to do it to keep his job, deputies say. Brownies Representatives say they're not sure why Rodriguez dumped the oil in the vacant lot as it's picked up from various locations and then disposed at its place of business in Orlando to be refined and sold.

Rodriguez has been released from jail on a 2,000 bond.