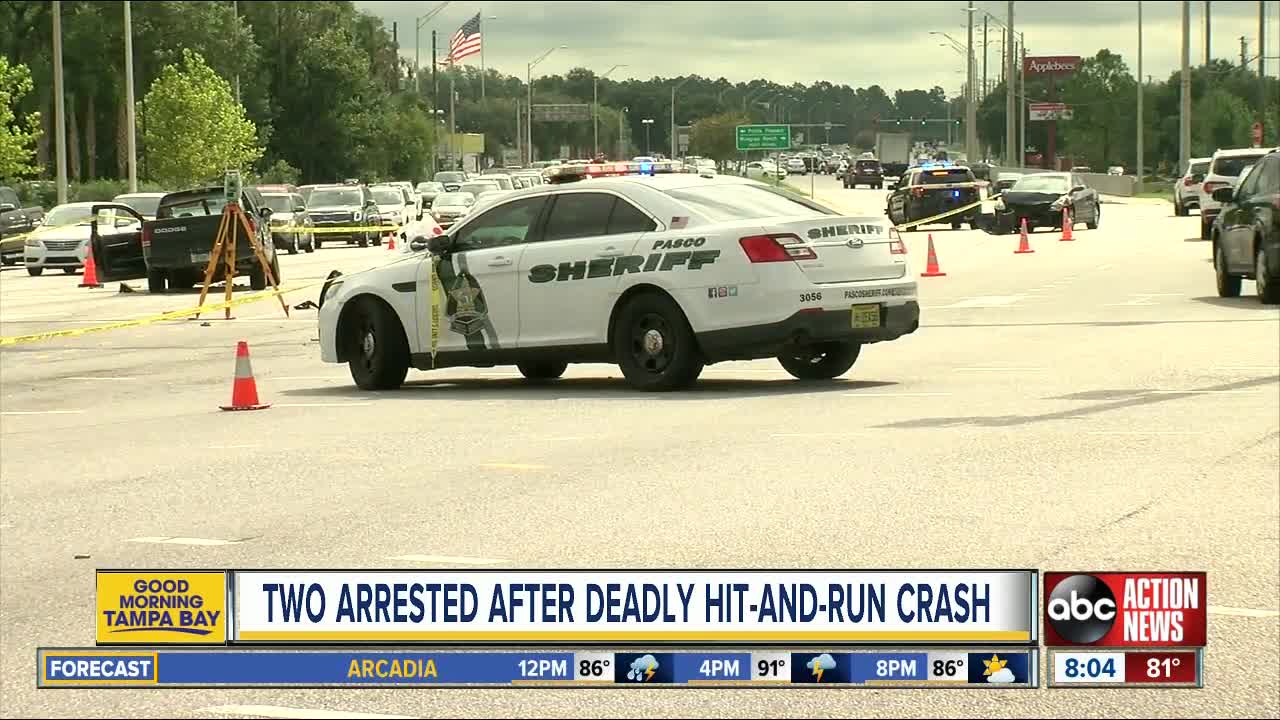 A couple involved in a deadly hit-and-run and carjacking early Saturday morning in Pasco County have been arrested. Story: https://wfts.tv/33blJuv 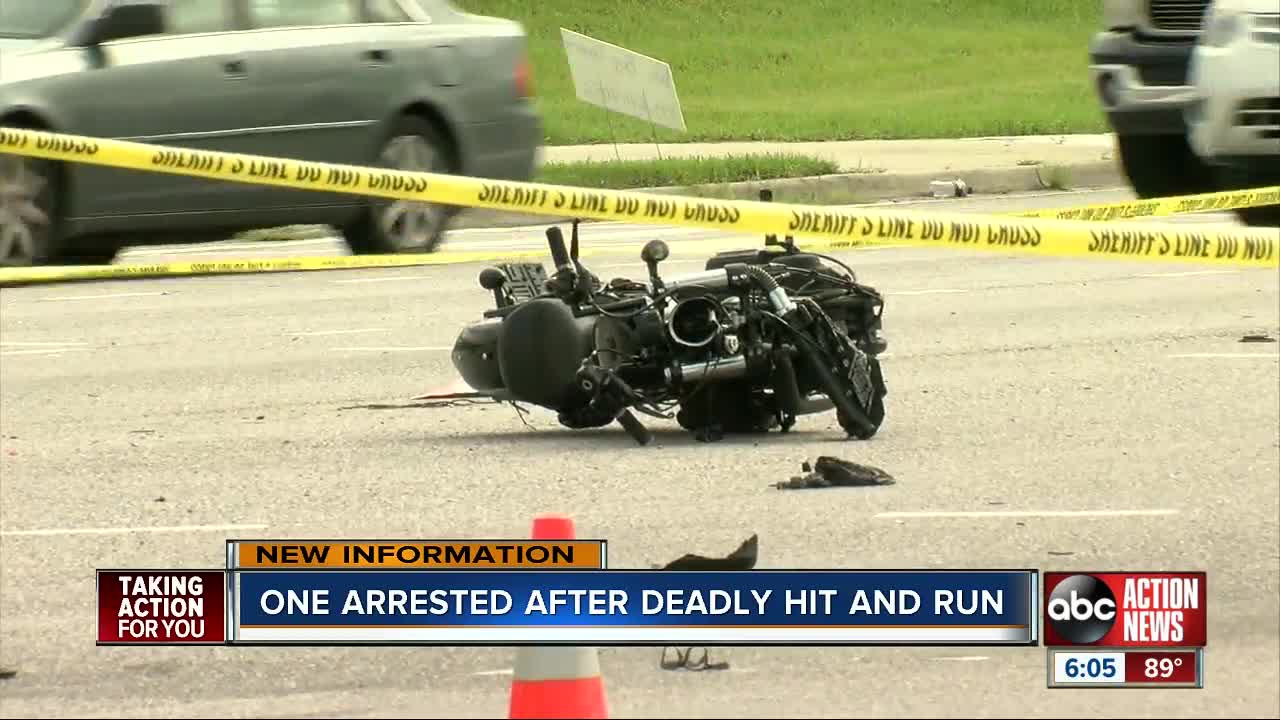 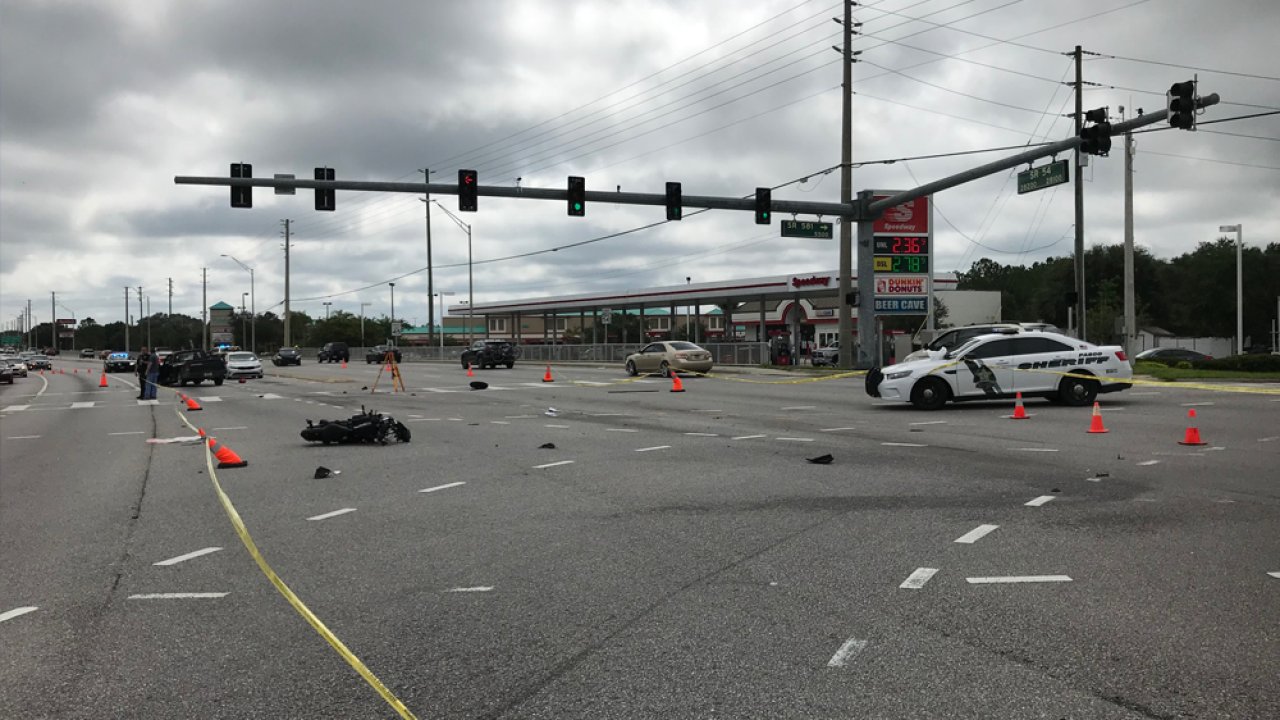 PASCO COUNTY, Fla. — A couple involved in a deadly hit-and-run and carjacking early Saturday morning in Pasco County have been arrested.

Troopers say the white male driver and his white female passenger ran a red light, hitting and killing 26-year-old Angel Fiallos, who was on a motorcycle. It happened just before 7:30 a.m.

They have been arrested and identified as Breanna Wright, 23, and Cody Bearry, 31.

They were traveling eastbound on SR-54, approaching Bruce B. Downs. Fiallos was traveling southbound through the intersection.

Troopers say the couple's 2000 Dodge Dakota continued through the intersection hitting another vehicle, which was then propelled into a fourth vehicle. The driver's of those vehicles suffered minor injuries.

After the crash, the couple ran across the highway to a Wawa where they got into a fight with another motorist, carjacking their green 2002 Saturn two-door. They then drove away eastbound on SR-54.

When the pursuit ended, troopers say the driver Bearry ran away on foot. Wright was taken into custody. Bearry was later caught after a search through woods and a canal.

Bearry faces a charge from the Florida Highway Patrol of leaving the scene of a crash involving death. Investigations by FHP and the Pasco County Sheriff's Office into this incident remain active.