Starving dog being nursed back to health and ready for adoption.

PASCO COUNTY, Fla. — A dog that was near death when we introduced you to him a few weeks ago is now healthy, happy and ready for a forever home.

Bandit loves cuddles and giving kisses, but just a few weeks ago he was in bad shape.

On December 15, a neighbor sent us a picture of the emaciated dog asking for our help in saving it. 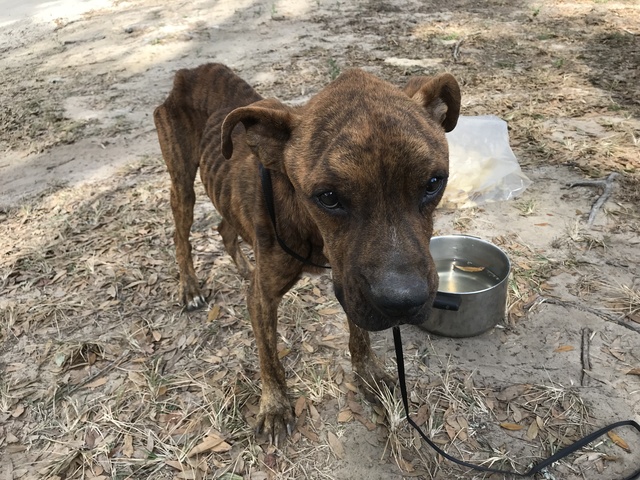 Our cameras were rolling as Bandit wandered off his owners property and we were able to assist with helping him while neighbors called animal control.

Owners Tonya and Lonny Williams were later fined $500 for cruelty for failure to provide medical care.

Bandit’s walk off that property was a walk into a new life.

Christine Glenn is the veterinarian at Pasco County Animal Services and she said, "Bandit’s heart murmur has significantly improved."

Glenn says when Bandit came into Pasco County Animal Services he had heartworm, lots of parasites, and weighed a measly 32 lbs for a large boxer mix.

On January 3rd he tipped the scale at 50 lbs and enjoys hanging out in the office, greeting everyone as he recovers. 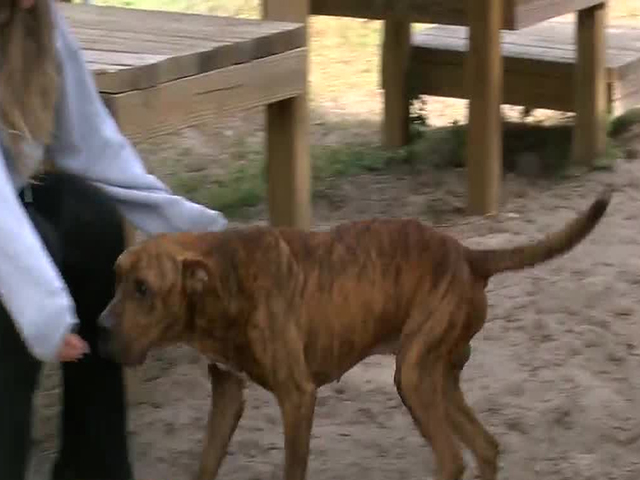 Rachel Stever has been taking Bandit home to foster him during the holidays.

She said, "he’s been fantastic. He’s been dog friendly with my resident pup. He been house trained and has less accidents than my other dog who I first got her."

Now Bandit is available for adoption but will need to go to a family that can provide continued care to treat his heartworm.

Glenn says, "We expect for him to make a full recovery."

If you're interested in adopting Bandit call Pasco County Animal Services for more information at 352-521-5194.