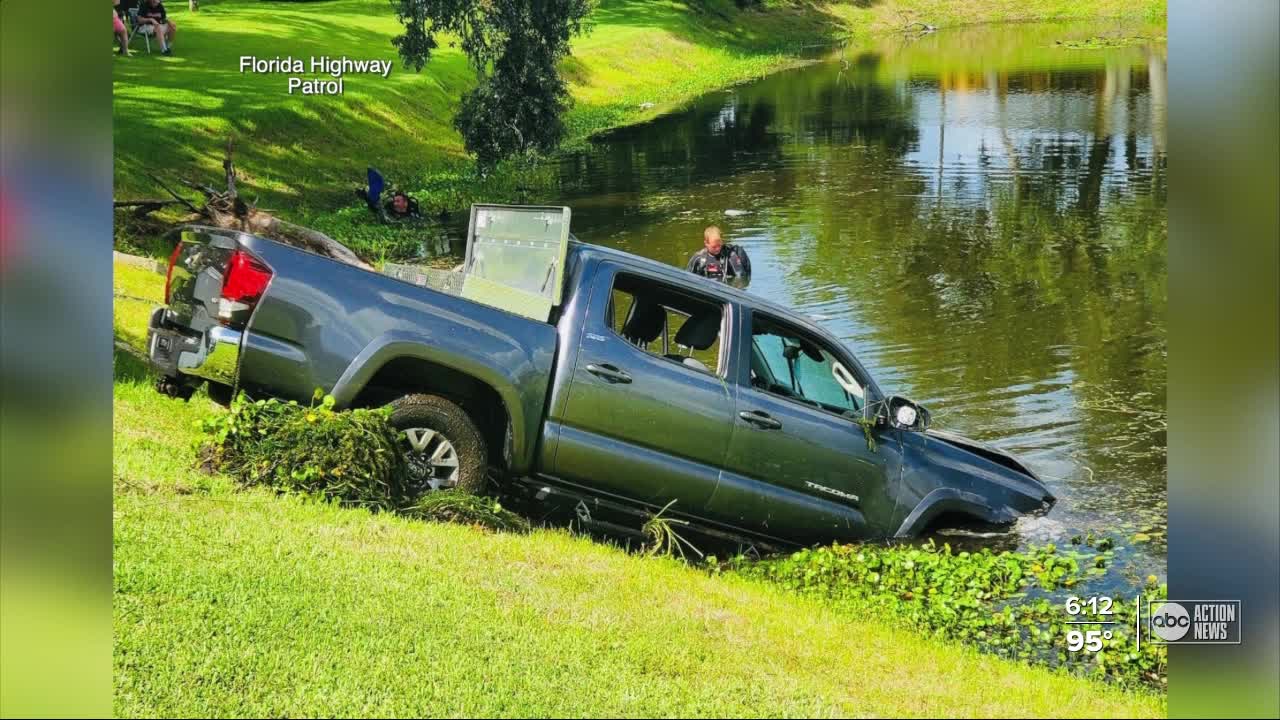 A driver is dead after he crashed his pickup truck sunk into a pond in Pasco County. 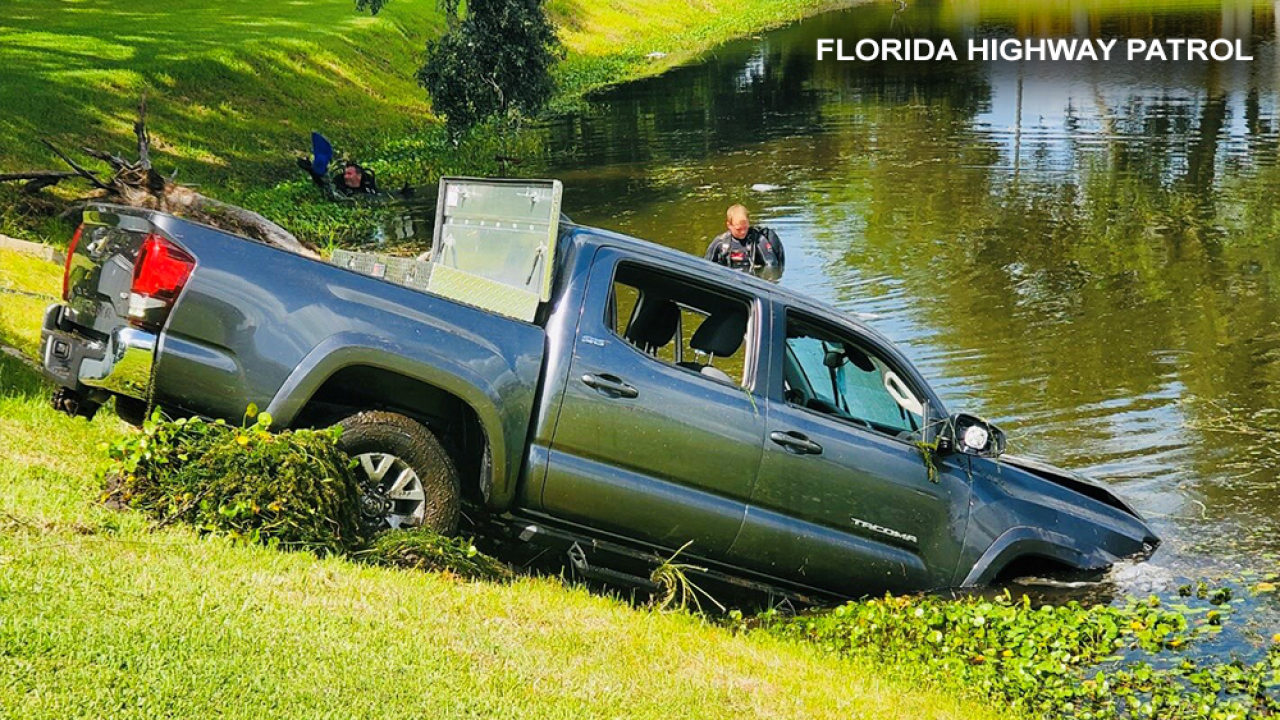 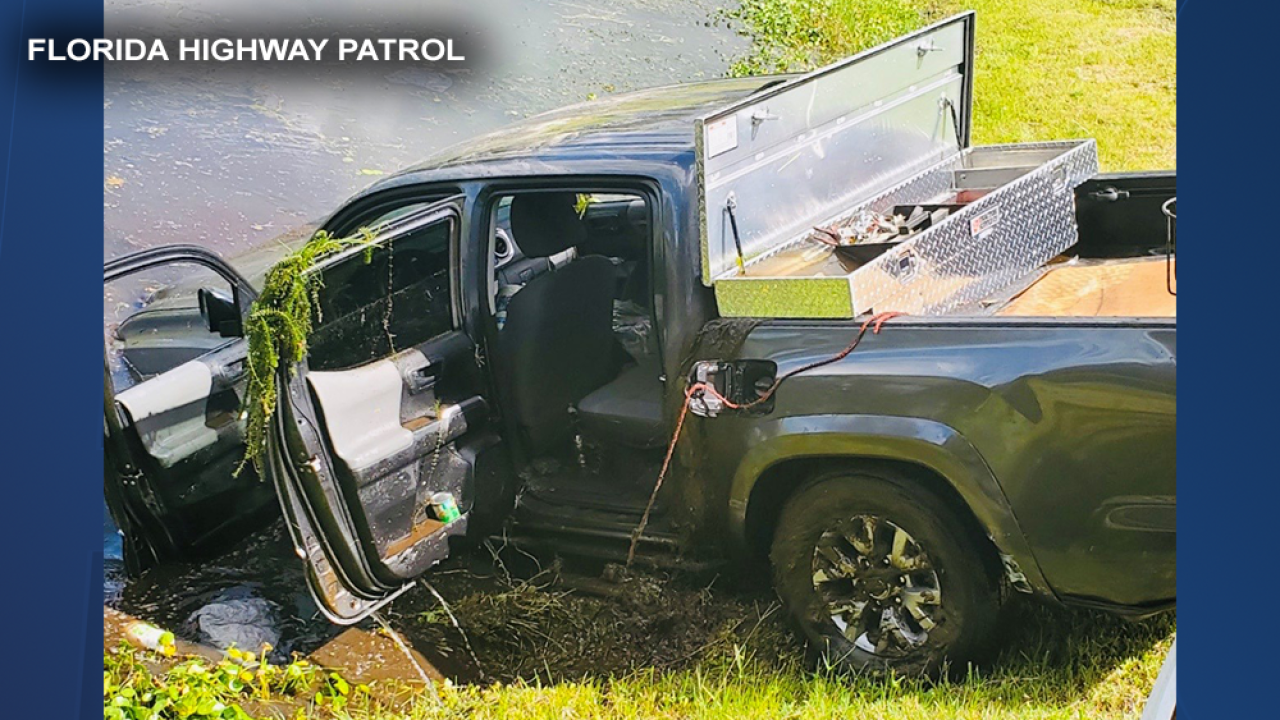 PASCO COUNTY, Fla. -- A driver has died at a hospital after he and a passenger were pulled from a pickup truck that sunk into a pond in Pasco County.

According to the Florida Highway Patrol, the pickup truck was traveling northbound in the outside lane of U.S. 301, approaching the intersection of Gus Way, when the driver suffered a medical episode and lost control of the vehicle. The pickup truck then crossed the center grass median, the southbound lanes of U.S. 301 and then got into the shoulder of the roadway.

The pickup eventually hit a wood post, the concrete wall and then crashed into a pond before it completely submerged.

Officials did not release the identity of the driver.