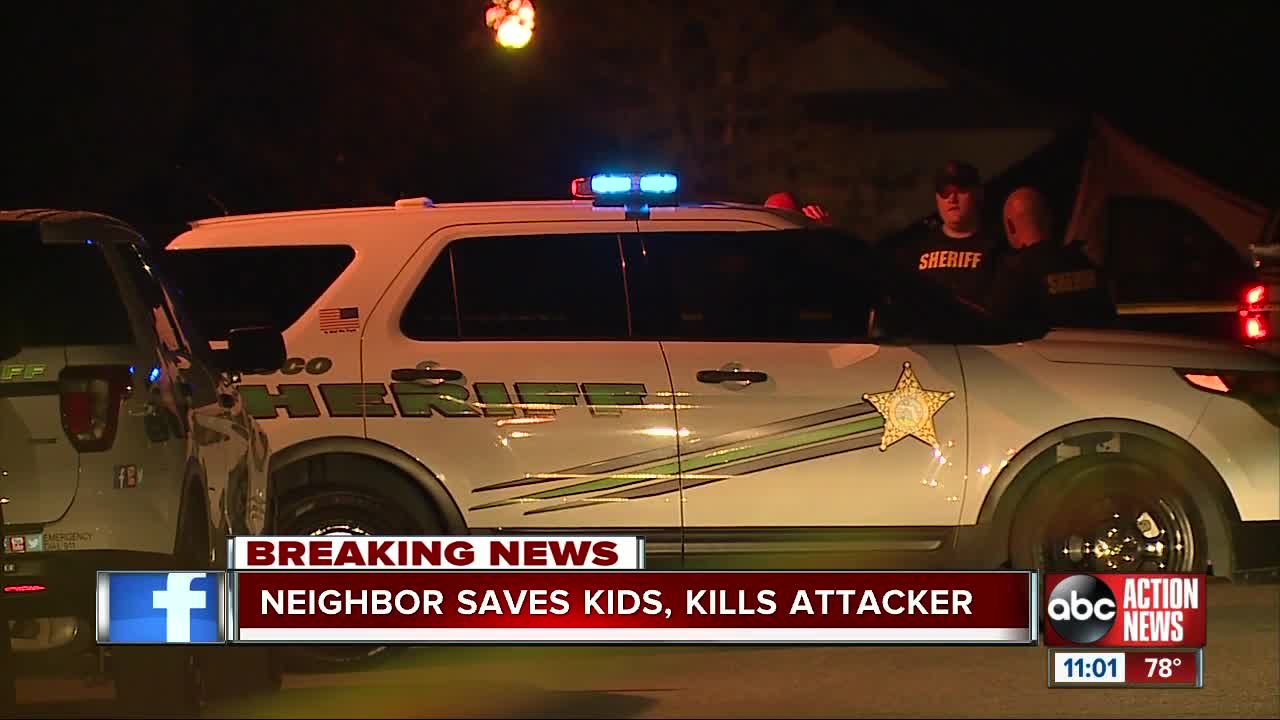 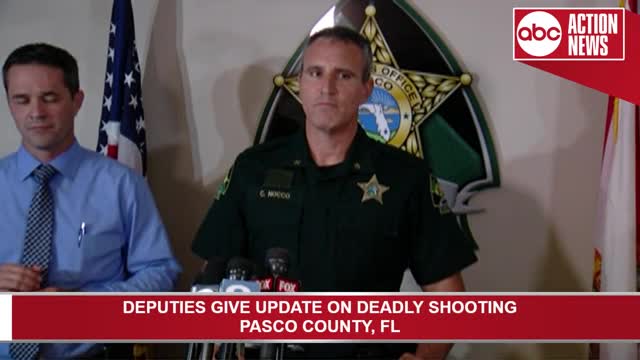 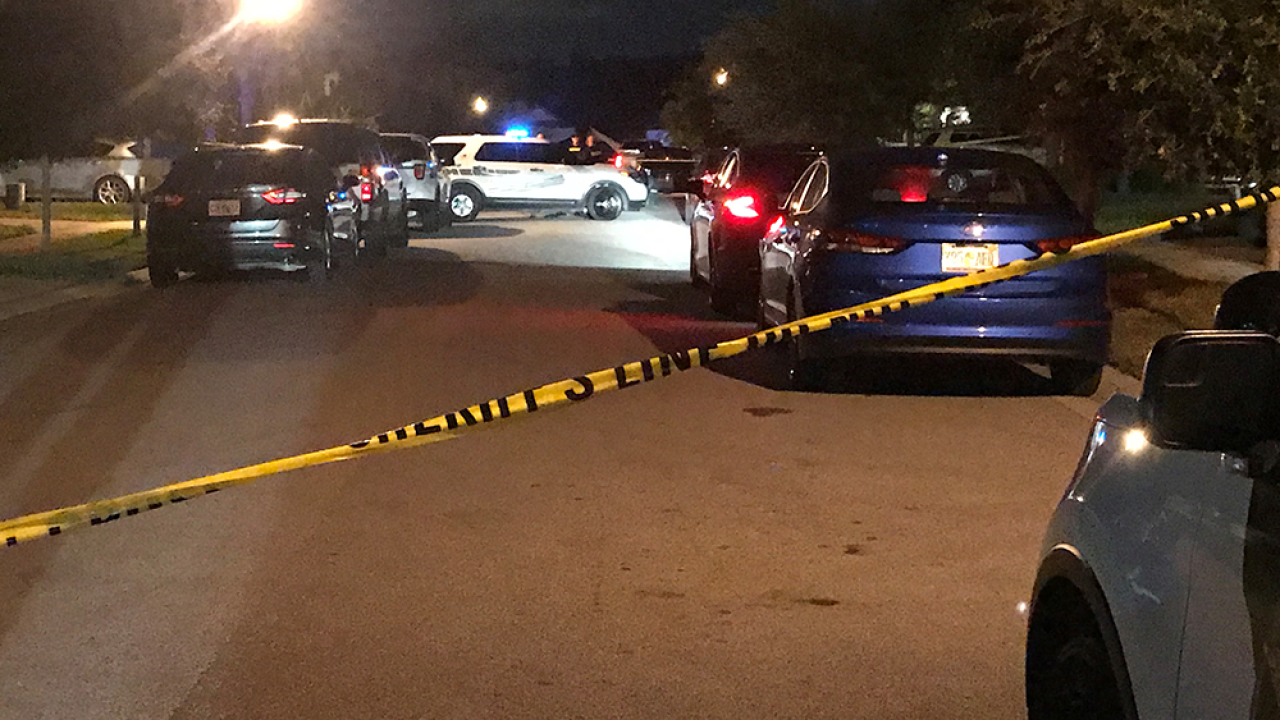 PASCO COUNTY, Fla. — A Pasco County neighbor is hailed as a hero after deputies say he shot and killed an armed domestic violence suspect and helped free the victim's children from a dangerous scene.

Nocco said the domestic violence victim was inside the home, screaming for help. A neighbor who was mowing his lawn, heard the victim's cries and ran over to help.

As the victim was crying for help, she started moving a group of young children, who Nocco described as "elementary school children," to the home's second-story window. The neighbor helped lower the children to safety, Nocco said.

Pasco County Sheriff says a victim and suspect were arguing tonight inside a home in Trinity. A neighbor runs over to help the victim who is lowering small children from a second story window. Neighbor gets into a shootout with suspect. Suspect is dead. pic.twitter.com/83BtGlas8g

As the neighbor tried to deescalate the situation, the domestic violence suspect took out a gun and pointed at the neighbor.

The suspect opened fire but the neighbor was able to defend himself. The neighbor then shot the suspect, killing him on scene, Nocco said.

Nocco described the neighbor as "a hero."

Nocco said deputies found blood in the house and the home was "in disarray." Officials did not specify the severity of the domestic violence victim's injuries or if she was hurt.

ABC Action News talked to numerous neighbors that were shocked to hear what happened. Neighbors tell us it was a husband and wife involved in the domestic violence situation, and they have three young children.

"I couldn’t imagine. I would never suspect anything like that," Rick Sells said. "Potentially, it could draw everybody closer together and that’s what we can hope comes out of it is that it will bring neighbors closer together, in time I think it puts everybody on alert. You never know what’s going on down the street. Like I said, as a family man, a father myself with kids that’s the first thing that comes to mind. Those kids what they had to go through the experience what the future is going to hold for them too."

If you or someone you know may be a victim of domestic violence, call the 1-800-500-1119 hotline to connect with experts at the DV center located nearest you. All 10 DV centers in the Tampa Bay area can be reached via the statewide DV hotline. For your own protection, the hotline number is untraceable and will not be displayed on your phone or phone bill.