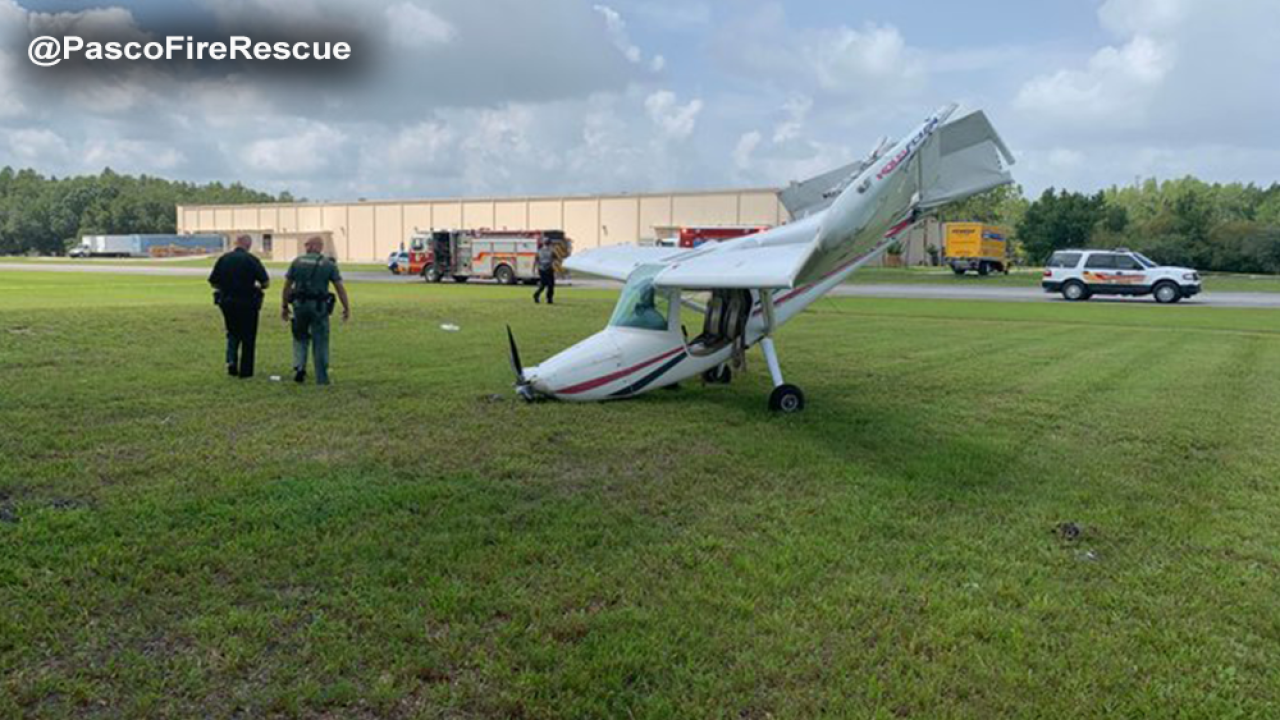 PASCO COUNTY, Fla. -- At least one person is being taken to the hospital after a small plane crashed in the Wesley Chapel area Saturday morning.

The Pasco County Fire Rescue responded to a call of an aircraft emergency near the runway of the Tampa North Flight Center. Firefighters say a small plane crashed while trying to take off.

One person was taken to the hospital and another is being evaluated on scene.

The FAA is being asked to investigate the crash.