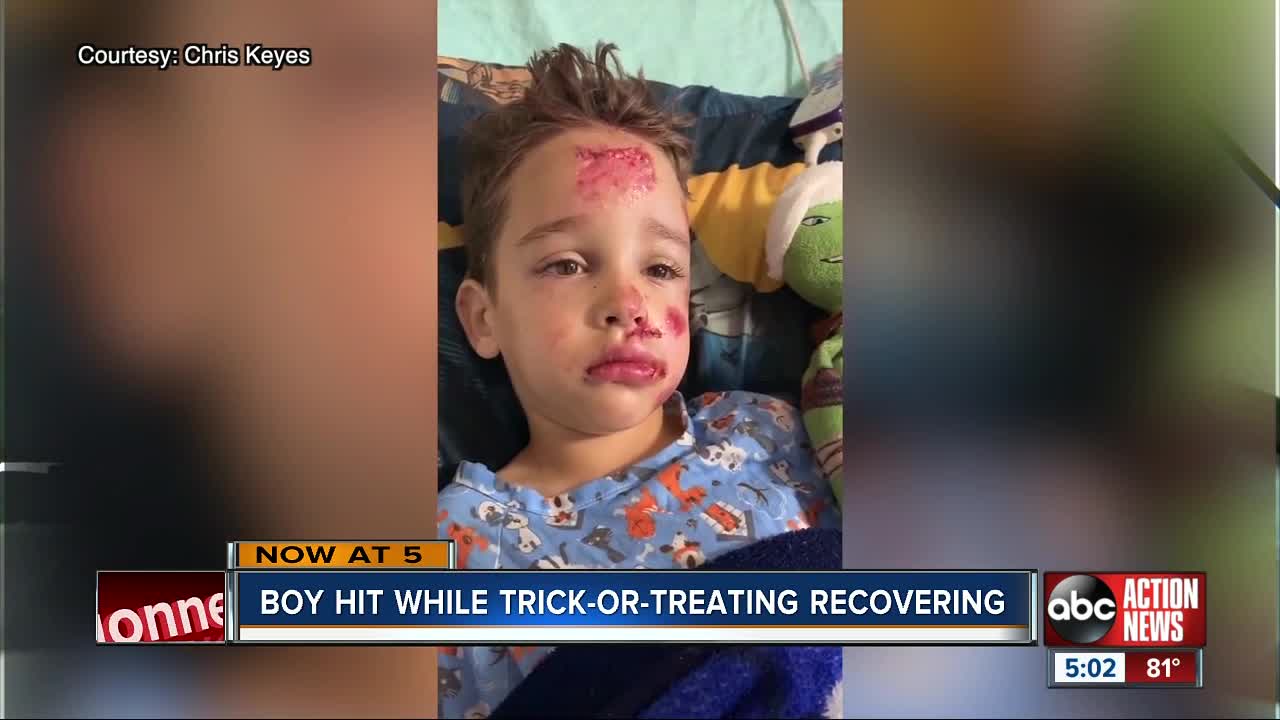 A 6-year-old boy who was seriously injured when a truck hit him while trick-or-treating on Halloween is recovering in the hospital. 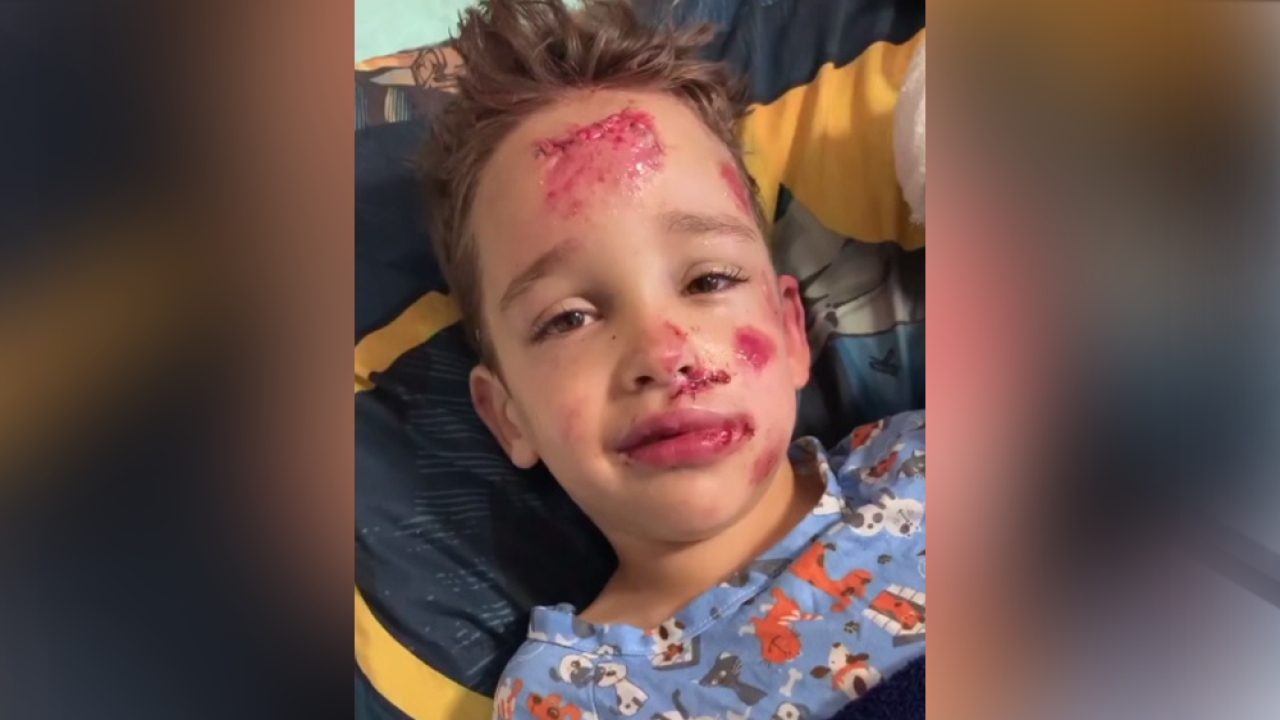 TRINITY, Fla. — A 6-year-old boy who was seriously injured when a truck hit him while trick-or-treating on Halloween is recovering in the hospital.

"Thank you for all the love," Dominic Keyes can be heard saying on a video posted by his parents Friday.

Dominic was hit by a truck at the intersection of Starkey Boulevard and Town Avenue around 7:30 p.m. on Thursday.

Florida Highway Patrol says he was walking in a marked crosswalk with his twin brother when he was hit.

PREVIOUS COVERAGE: 6-year-old boy flown to hospital after being hit by truck while trick-or-treating in Trinity

According to FHP, a 61-year-old Port Richey who man was driving a 1999 Ford F150 failed to stop and hit Dominic.

Nurses who saw the crash jumped into to help and Dominic was flown to the hospital with serious injuries. He is now recovering at St. Joseph's Children's Hospital.

His father, Chris Keyes, says his wife and both boys were all nearly hit by the truck.

“I was convinced he died on the spot. Just the way, the slam, how hard, how fast. Everything," he said.

Tim Shea, who owns a nearby salon, witnessed the crash and ran over to help.

“Just seeing a little kid lying motionless and when I went up to him and saw his face. I felt he was gone," said Shea.

Shea held on to the boy’s bucket and plans to collect money to pay for traffic patrol officers next Halloween.

“There’s a huge outpouring over there. That community is pretty tightly knit. Something happens to one, it happens to all," said Chris Keyes.

The Keyes say say despite suffering some broken pelvic bones, scrapes and bruises the 6-year-old is in good spirits. They say the first-grader is busy eating mac 'n cheese and watching Shrek.

They say their son could be released as early as Sunday. There's talk in the community about hosting a Halloween party for the brothers when Dominic is ready.

The driver hasn't been charged with anything but FHP says there are charges pending.