The 25-year-old was shot at a car show 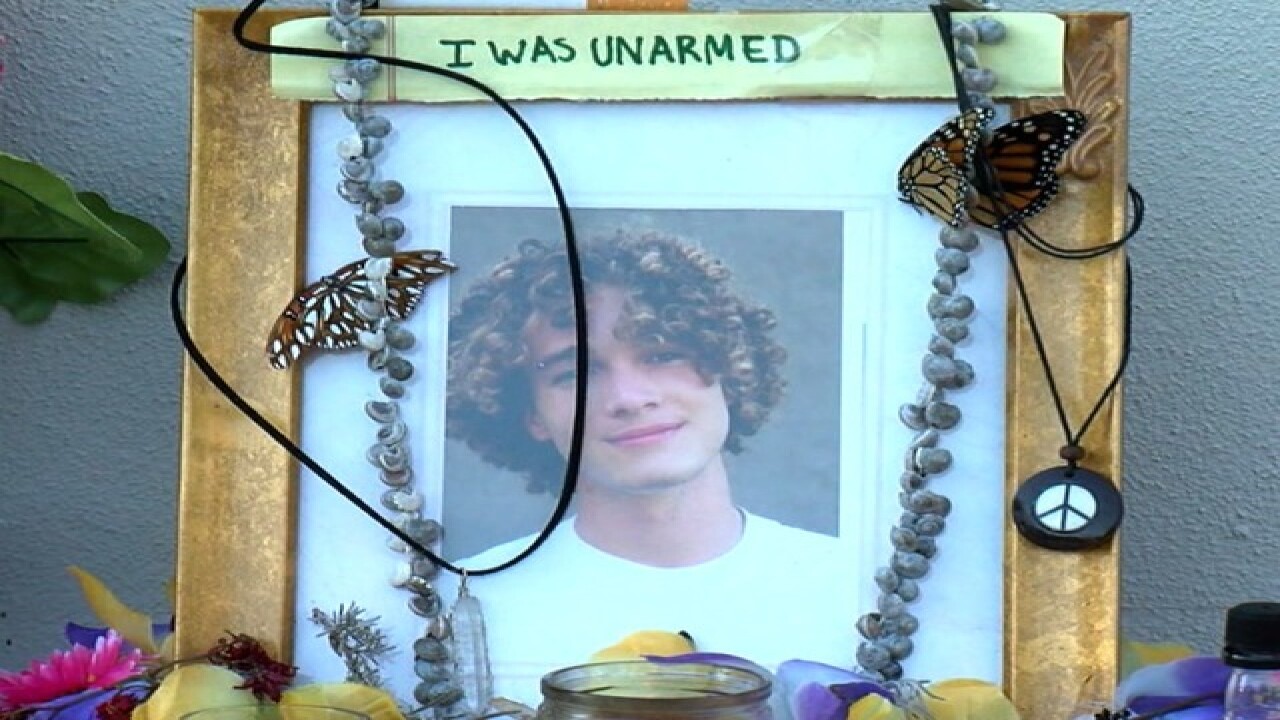 A small memorial has been set up at the intersection of Tarpon and Safford Avenues in downtown Tarpon Springs, where police shot and killed a man during a crowded car show Saturday afternoon.

Rebecca Schnell is choking back tears trying to come to terms with the loss of her fiance Nick Provenza.

Police say Provenza gave them two false names, and moments later the officer called on his radio, 'Shots fired! Shots fired!  Shots fired! He came at me with a knife!'

"This whole story is just completely out of character for him," said Benjamin Peck.

Benjamin and Nick had been close friends since age 11. He says nick was a kind, gentle soul, and a vegan--who even refused to kill bugs in their home.

"He wouldn't harm an ant, and they're saying he pulled a knife on a law enforcement officer? That just doesn't make sense," said Peck.

Rebecca posted a series of drawings Nick made, with messages like "Coexist" and "Be Happy."  She says they are proof of his peaceful soul.

But she and others acknowledge he was struggling with mental health issues after losing his sister and was seeking help.  Even if for some reason he had a knife, she insists there was no reason for an officer to shoot him.

Now loved ones are anxiously awaiting answers as the investigation continues. And they hope this is yet another reason for changes to how and when police use force.

"It just seems like a nightmare that I just want to wake up from," said Schnell.

The name of the officer who shot Provenza isn't being released yet. The Florida Dept. of Law Enforcement has now taken over the investigation into whether that officer's actions were justified.