Johnny A. Wise, 27, allegedly kidnapped the toddler from his ex-girlfriend's home in the 13000 block of 125th Street North in unincorporated Largo shortly after 10:00 p.m.

According to the ex-girlfriend, Wise became angry after they got into an argument and broke several windows in her home. Wise then threatened to shoot her and kidnapped the 2-year-old child.

After Wise left, with the toddler, in a 1997 Buick LeSabre, his ex-girlfriend's current boyfriend followed in his 2007 Nissan Frontier truck to the intersection of 6th Street SW and 4th Avenue SW.

When he pulled up behind Wise, Wise placed the Buick in reverse and accelerated — intentionally crashing into the truck.

While escaping deputies, Wise made contact with a family member of the toddler and safely released him to their custody. The child was not injured.

At about 9:34 p.m. on Thursday, June 14, detectives located and arrested Wise near a residence located on Williams Drive in Largo. 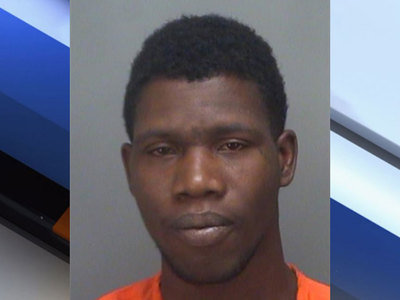