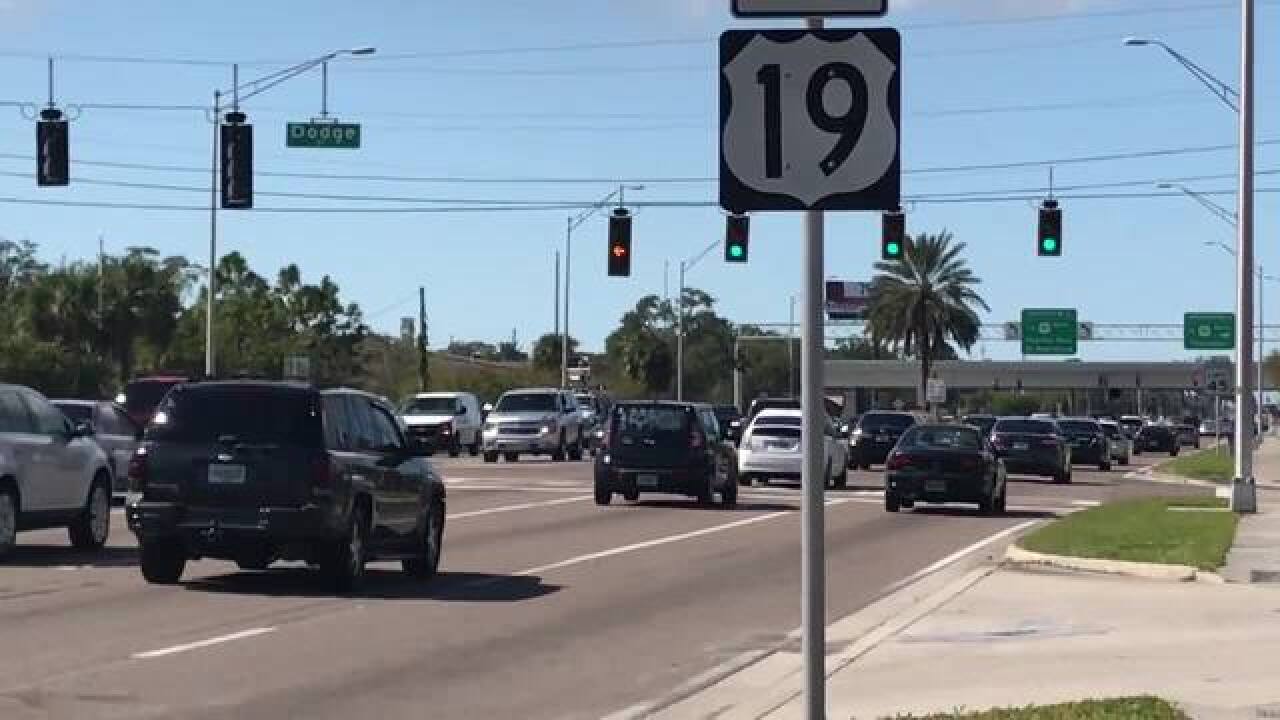 After two crashes at the intersection of Roosevelt Boulevard and Dodge Street this weekend, drivers are calling attention to the intersection and saying a flashing yellow left turn signal is putting drivers and pedestrians in harm.

Drivers have nicknamed the busy intersection “dodge and death.” Although there haven’t been any fatal accidents over the past 5 years, FHP says there have been 131 crashes and 73 people injured. FDOT records show at least 34 of those crashes have been drivers making a left hand turn or U turn at the light.

Typically, drivers making a protected left turn have a green, yellow and red arrow. However, at the intersection of Roosevelt Boulevard and Dodge Street, there is a flashing yellow turn signal as well. That allows drivers to yield to oncoming traffic, but people tell ABC Action News people aren’t correcting judging the speed of oncoming traffic, darting out and getting hit.

Drivers also report having trouble seeing around the traffic.

On Friday, 5 cars were involved at a crash at the intersection. On Monday, there was another crash.

FDOT plans to study the intersection following the most recent crashes to see if any changes need to be made.