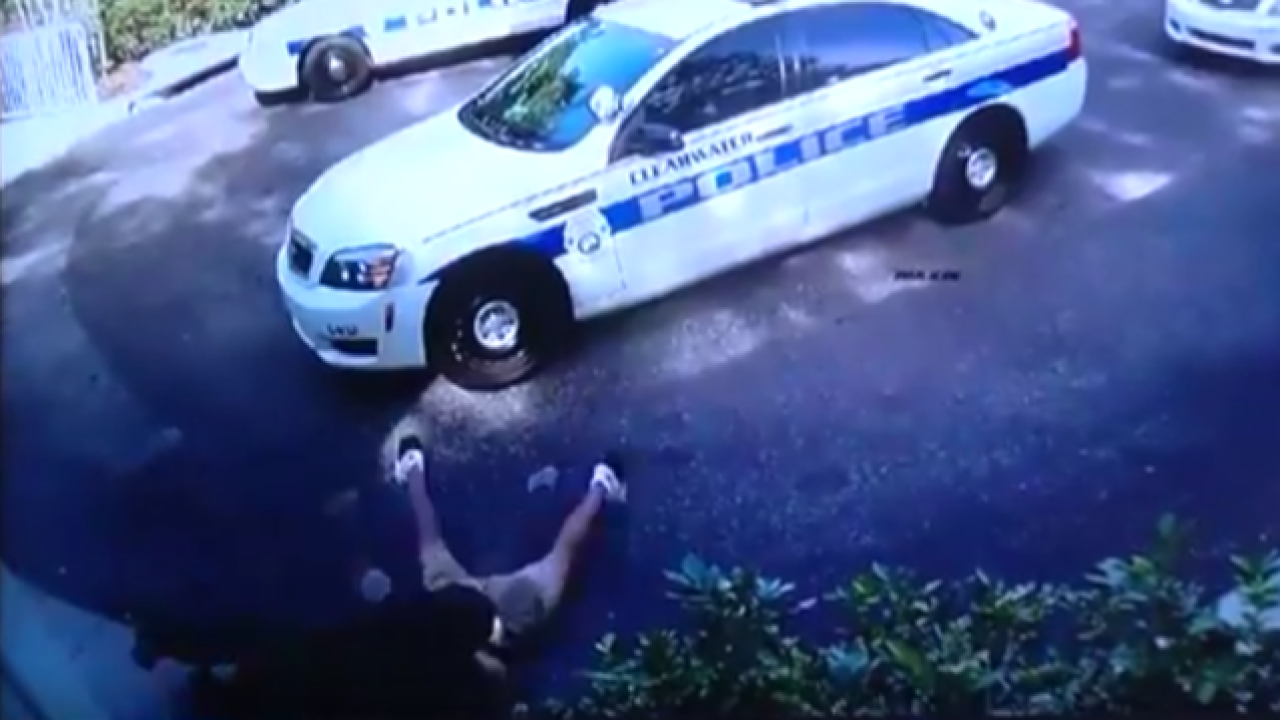 A Clearwater police officer has been fired after a review found that excessive force was used on a teenager in custody.

Michael Leonardo was dismissed from the force after an internal review of an incident happening on April 2.

Officers responded to the scene where a 13-year-old was violently breaking things, slamming windows and screaming. When officers arrived, he was secured in handcuffs and officer Leonardo began to escort the kid to a police car.

Surveillance video shows a struggle, where Leonardo slams the 13-year-old to the ground, resulting in a broken nose, abrasions to his face and chipped teeth.

Leonardo was placed on administrative duty, then dismissed Monday after the investigation was complete.

The other officers in the video received corrective action and re-training.

Clearwater Police Chief Daniel Slaughter said he "doesn't see the officer as the villain", but "there are some mistakes in this profession that cannot be overlooked."

Officer Leonardo had never been investigated for excessive force before, and was in the military for eight years.

According to Slaughter, Leonardo said after reviewing the video, he did see that he had better options.