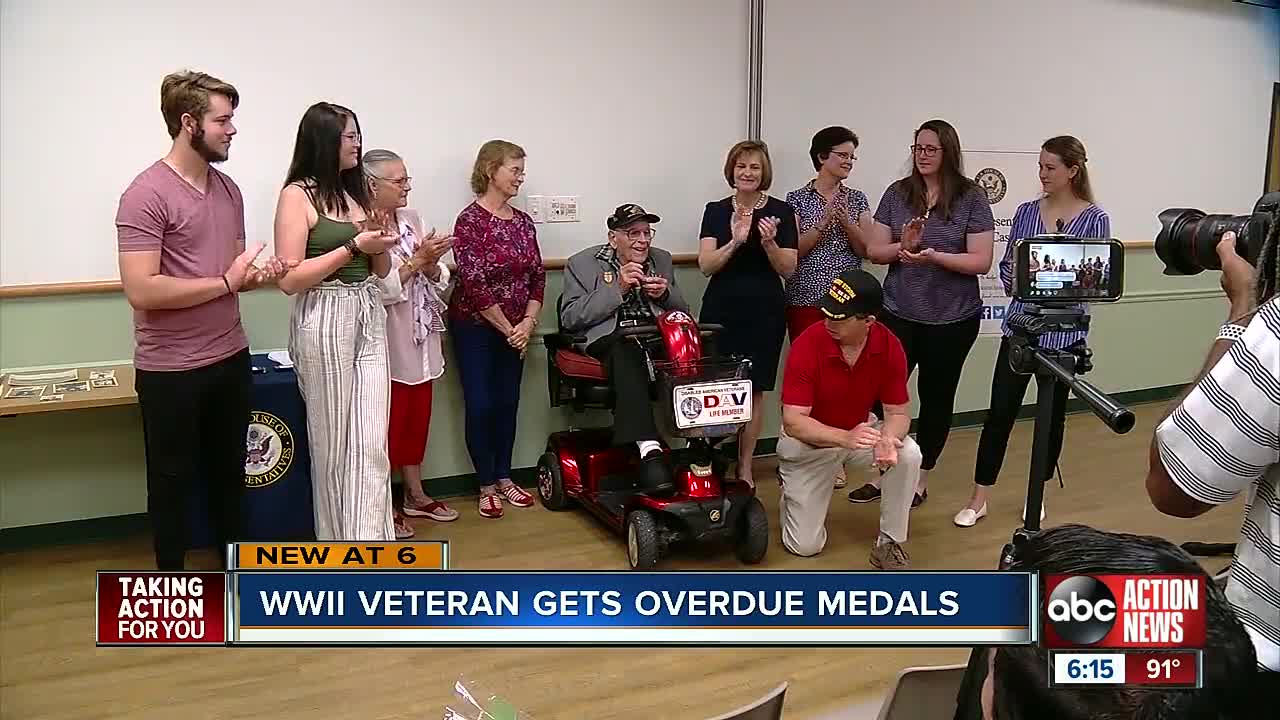 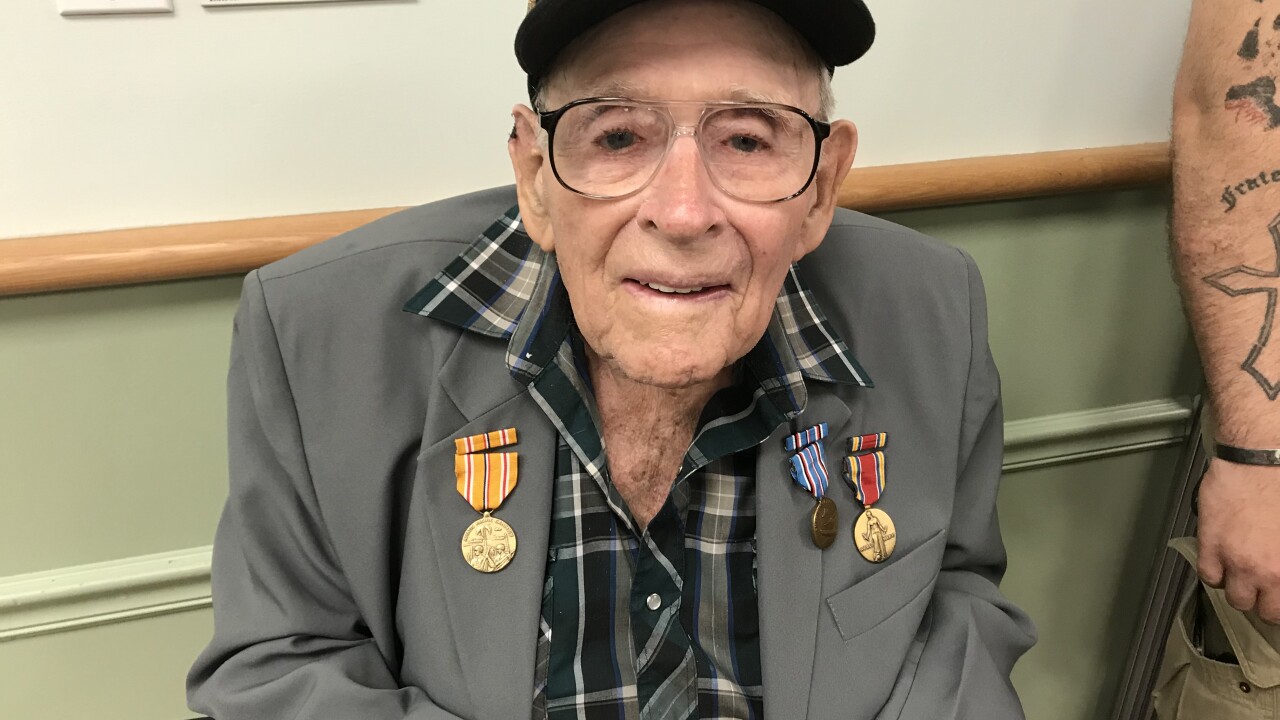 Mr. Raymond was a member of the 5th Marine Combat Division from 1943 to 1946 and was deployed overseas on multiple occasions, including fighting in the Battle of Iwo Jima, dubbed some of the bloodiest fighting of World War II. He was presumed uninjured, but nearly 60 years later, after going to the hospital concerned about a pain in his leg, doctors discovered shrapnel lodged in his limb.

Chambers has lived in Florida for more than 60 years.