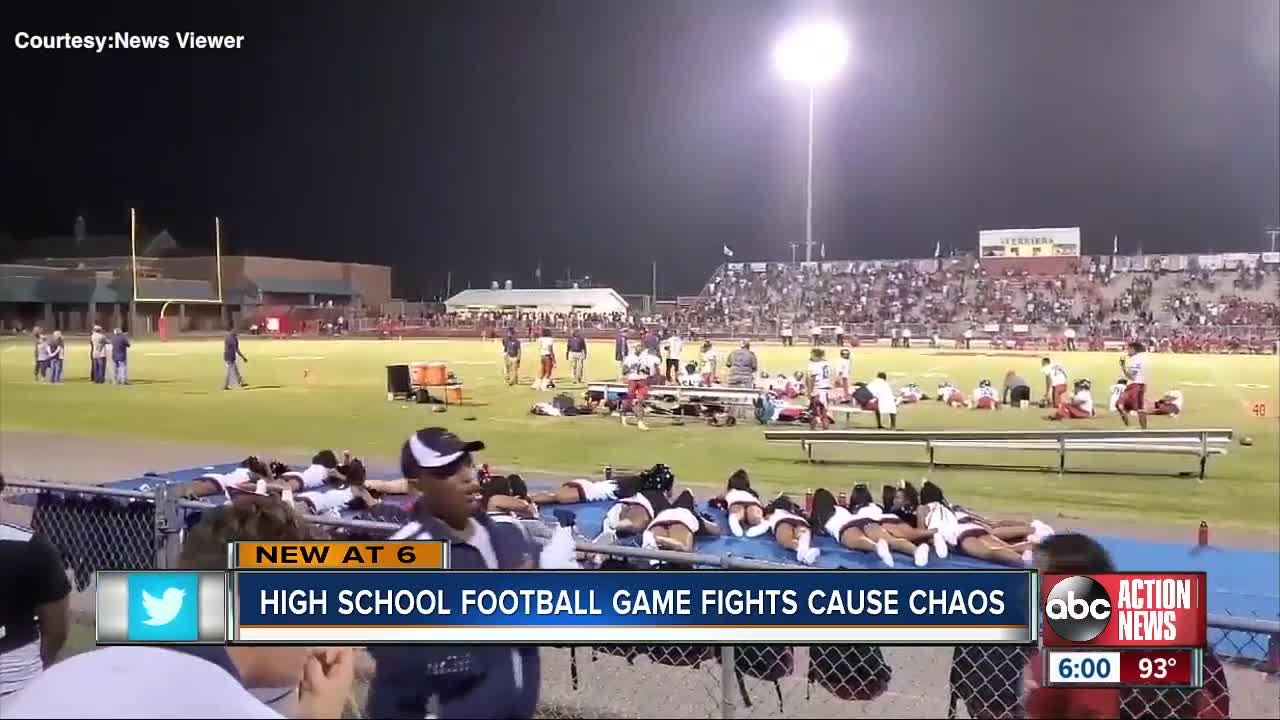 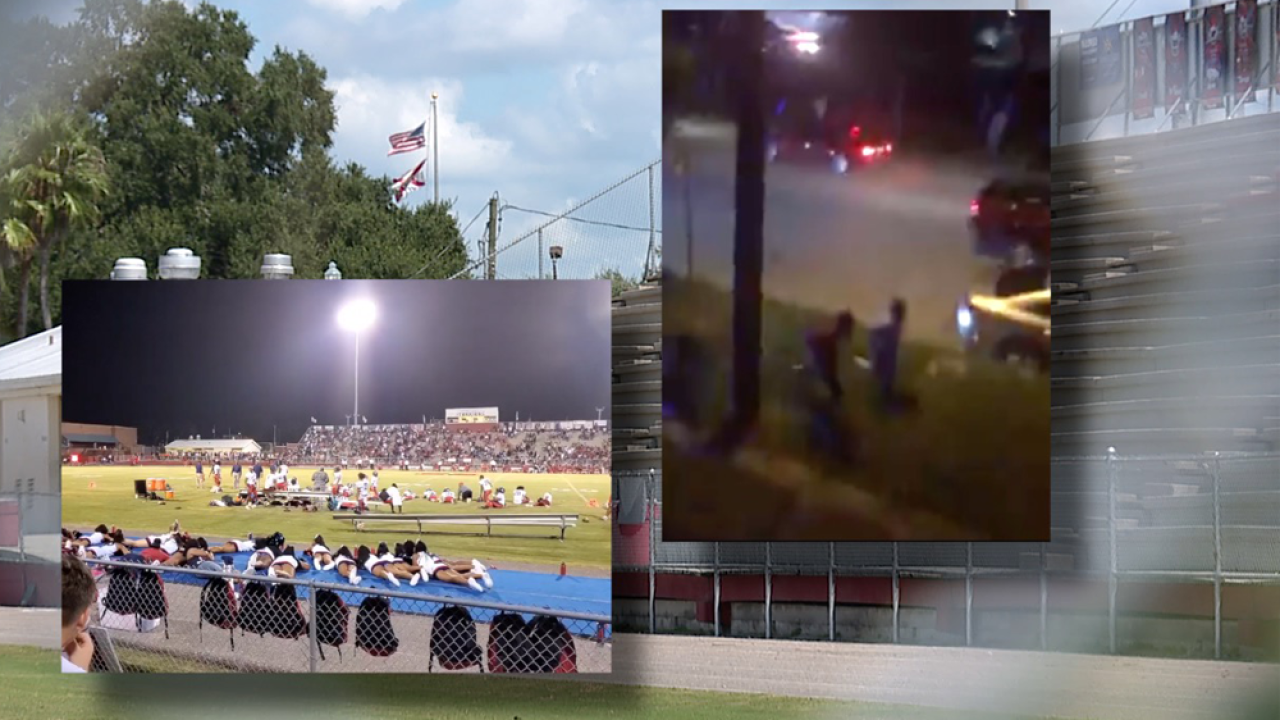 "I heard about, I want to say eight gunshots and because there were hundreds of kids it was just pandemonium after that, people were screaming and that’s when I shot the video,” he said.

Tampa police say they couldn’t confirm that there were actual gunshots, but Trevino says it was total chaos outside the school following a football game against Tampa Tech.

"I can imagine the kids felt you know, panic!” he said. "I know a lot of families and kids and people who weren’t at the game we’re walking around so immediately you know worried if someone was hurt."

He says about two hours before that several Tampa police officers were dealing with a fight in a parking lot outside the game.

"There’s usually a lot of commotion with kids leaving school on the weekdays but I’ve never seen anything like that before,” said Trevino.

And even before that, a fight broke out in the stands. A witness took a video that shows cheerleaders and football players hitting the ground on their stomachs.

The district doesn’t know who told the students to get on their stomachs, but say taking a knee during a injury or fight is common protocol.

Tampa police say 4 teens who are not students at either school were arrested.

“You know if they could, the parents should know if they’re out at someplace they have no business causing trouble.”

While the district says they can’t tell us if they’re beefing up security they say the school is safe with plenty of police presence.

The Tampa police department says they are hired by the district to patrol events and if the district wants to enhance security they will respond to that.