Warrior Games athletes explain why their service dogs are so crucial

Warrior Games athletes and their service dogs travel to Tampa 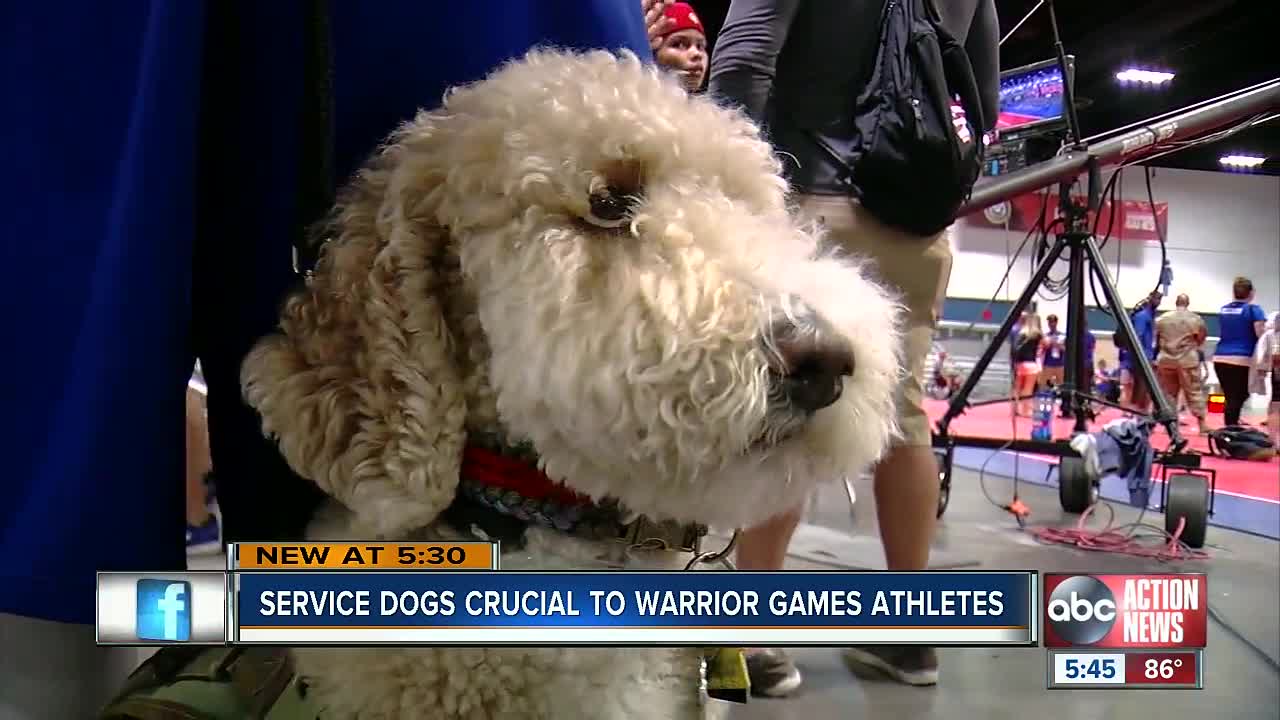 "I guess the biggest thing would be that not all wounds are visible. A lot of people have invisible wounds too,” said Retired Senior Airman John Berry, IV. 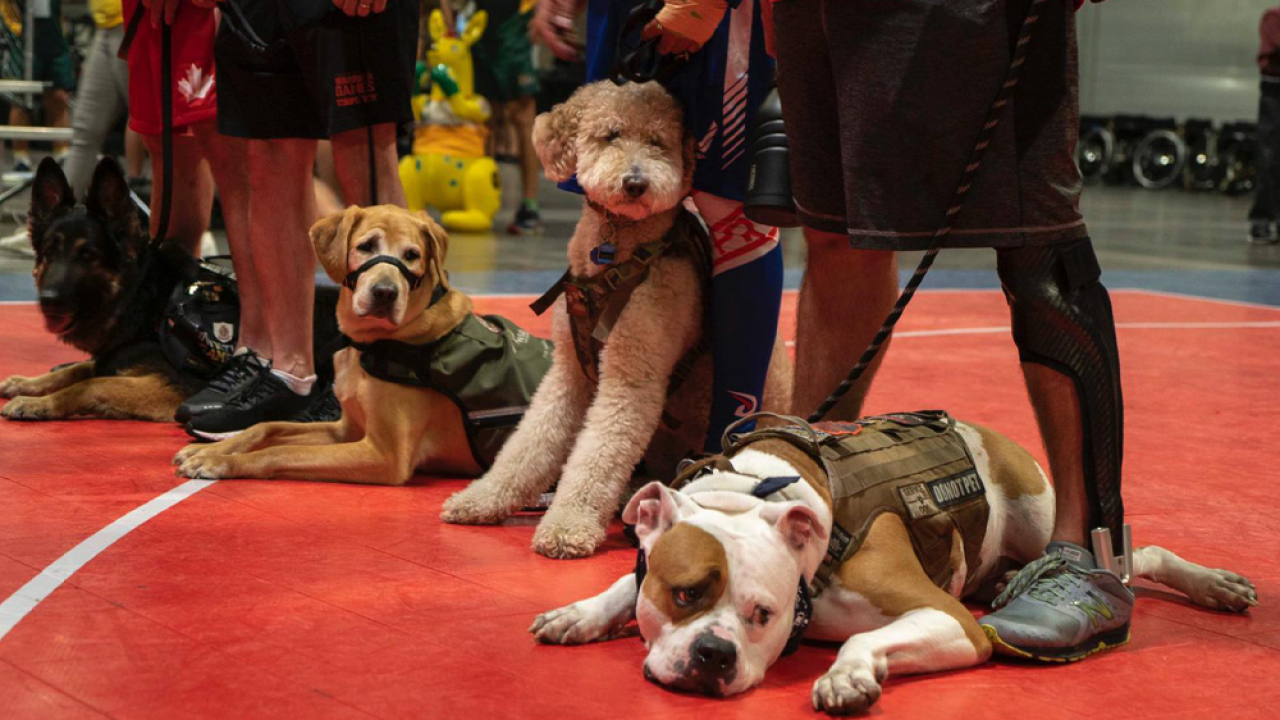 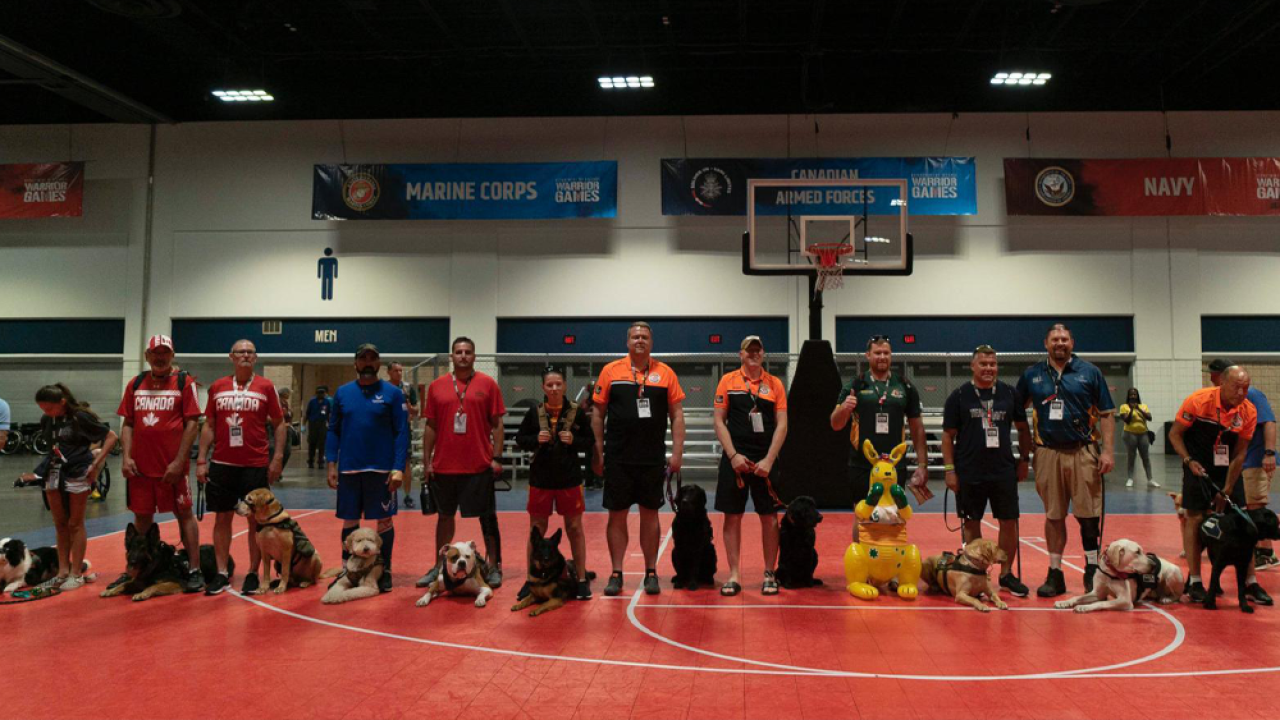 TAMPA, Fla. — If you Google 'strong', Andres Rodriguez's photo may as well pop-up.

"If I turn the light on too early in the morning, she actually covers her face with her paw so, there is that,” he said with a laugh.

So when you see the U.S. Air Force veteran’s service dog, you kind of do a double take.

RECOMMENDED: The Warrior Games in Tampa gets the military involved in Paralympic-style sports

"People will see me and then, oh, okay, we're not going to say anything with this dude,” said Rodriguez.

And Rodriguez says she's the opposite of him.

"If I have nightmares or what not, she kind of like wakes me up. How does she know that? I have no idea, but she reacts to that and then she kind of climbs up and gets in bed with me and makes sure my breathing goes back to a normal stage,” explains Rodriguez.

Sandy is one of several service dogs who've traveled with their athletes to the Warrior Games — wounded, ill and injured service members and veterans competing in events like wheelchair rugby, para-power weightlifting and swimming.

"I guess the biggest thing would be that not all wounds are visible. A lot of people have invisible wounds too,” said Retired Senior Airman John Berry, IV.

These working dogs bring that into perspective.

"I've been able to help my family out more because when I get depressed and get episodes and stuff, I like to tune everything out and I isolate myself. With him, he's been helping me pick out those times,” said Berry.

Most people would agree all dogs are therapy dogs.

Some are just on the clock.

"I have a really good one that says, 'I'm cute. I'm working. Do not pet’,” said Rodriguez.