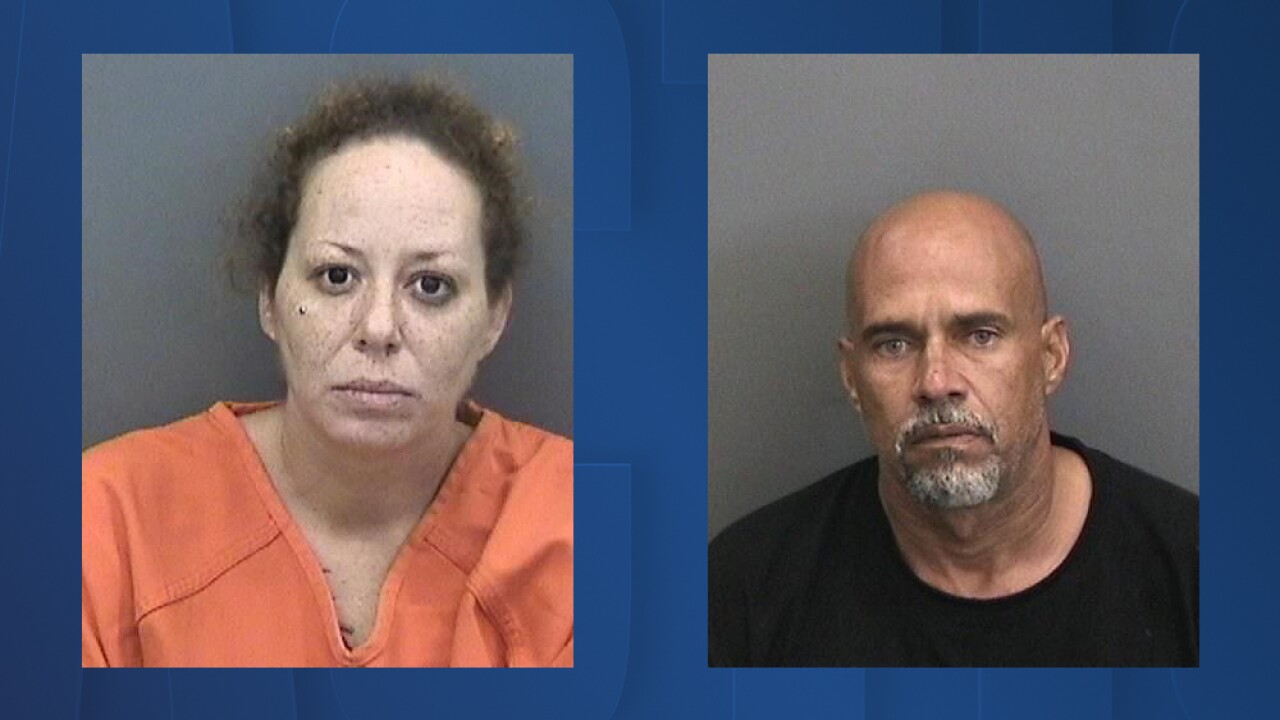 Two people were arrested in Hillsborough County after what Sheriff Chronister described as a "savage" machete attack.

On Thursday, the victim went to a woman's home on the 8000 block of Oak Circle in Town 'N' Country.

Deputies say the victim was interested in renting a room from the woman, identified as 37-year-old Yamaiza Jimenez, who he had been dating on and off for the past couple of years.

The victim said he confronted Jimenez when he saw her dancing with Figueroa Pacheco in an "intimate way."

Jimenez reportedly escalated the argument to a physical altercation when she slapped him, grabbed a machete and began striking the victim with the back side of it. Figueroa Pacheco is also accused of punching the victim once inside the home and again when the victim was in the car with the window down.

The victim was able to drive away and went to the emergency room where he was treated and discharged.

The victim managed to drive away and went to the emergency room at St. Joseph's Hospital where he was treated and discharged.
"Fortunately, the victim survived this savage attack," said Sheriff Chad Chronister. "However, he does not speak English, and likely would not have reported it, had our deputies not been notified by hospital staff and then tracked him down. One of our bilingual deputies was able to interview the victim and get the information we needed to arrest the pair that beat him."