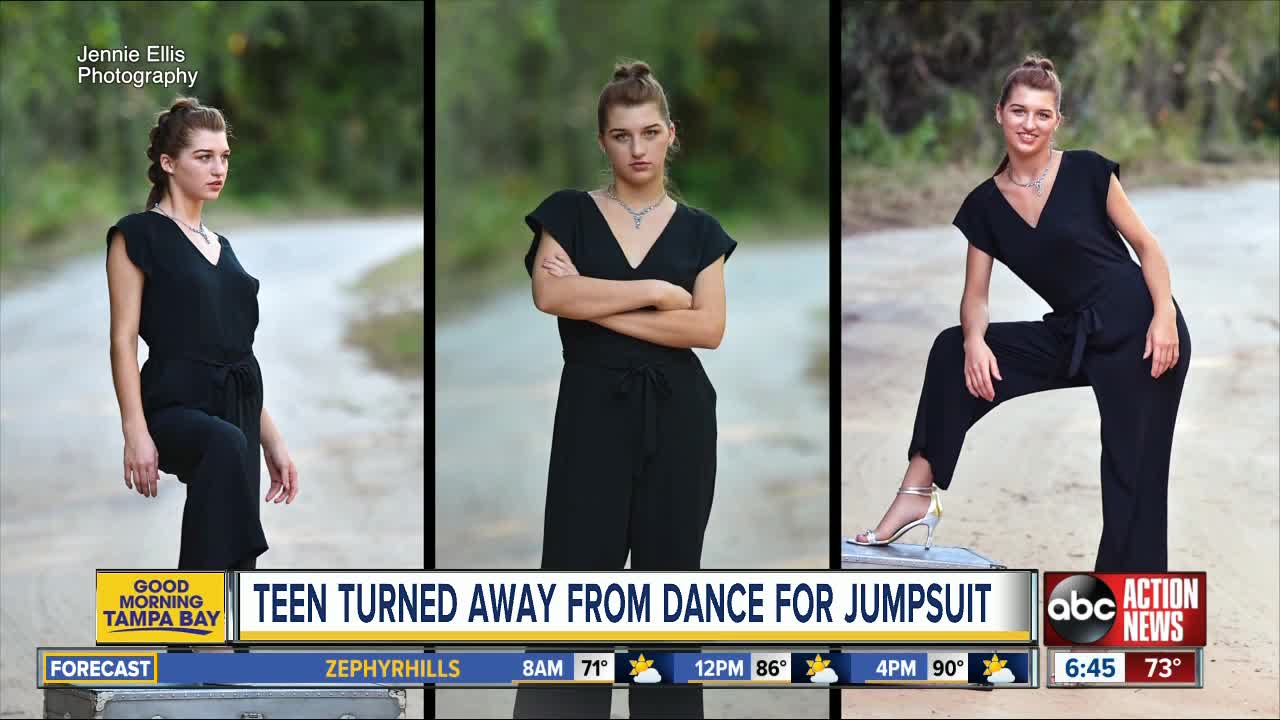 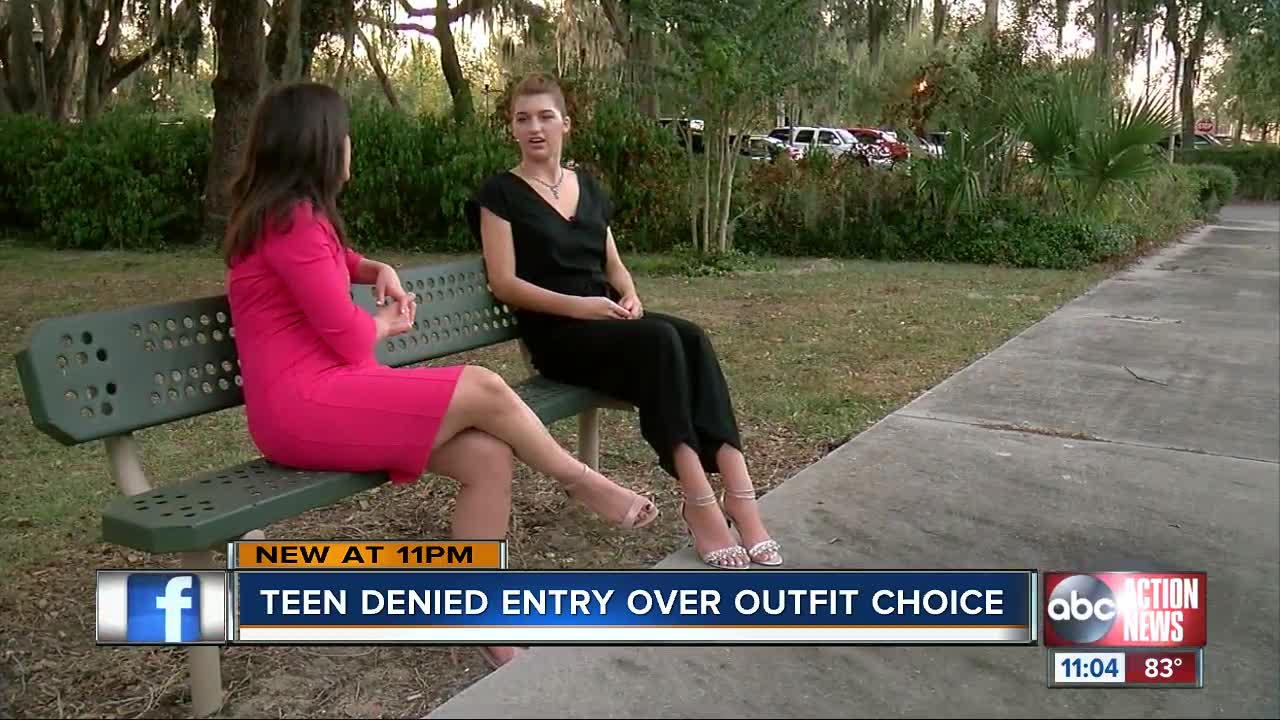 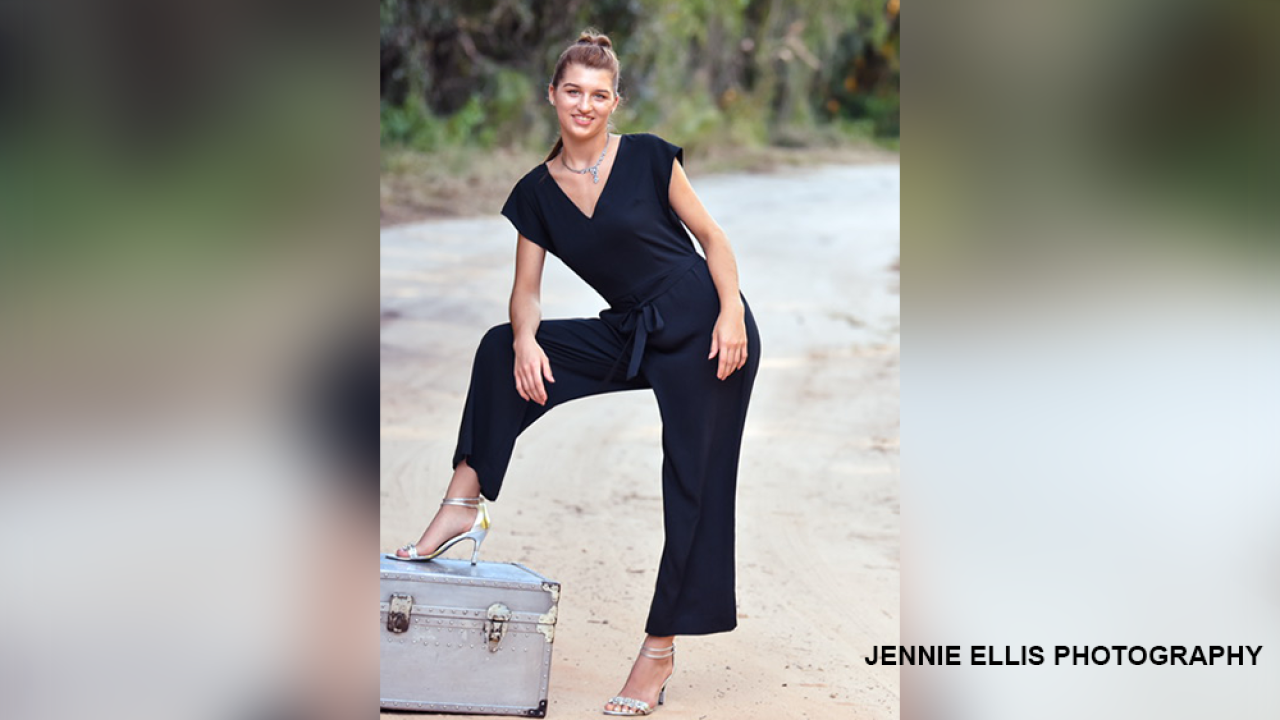 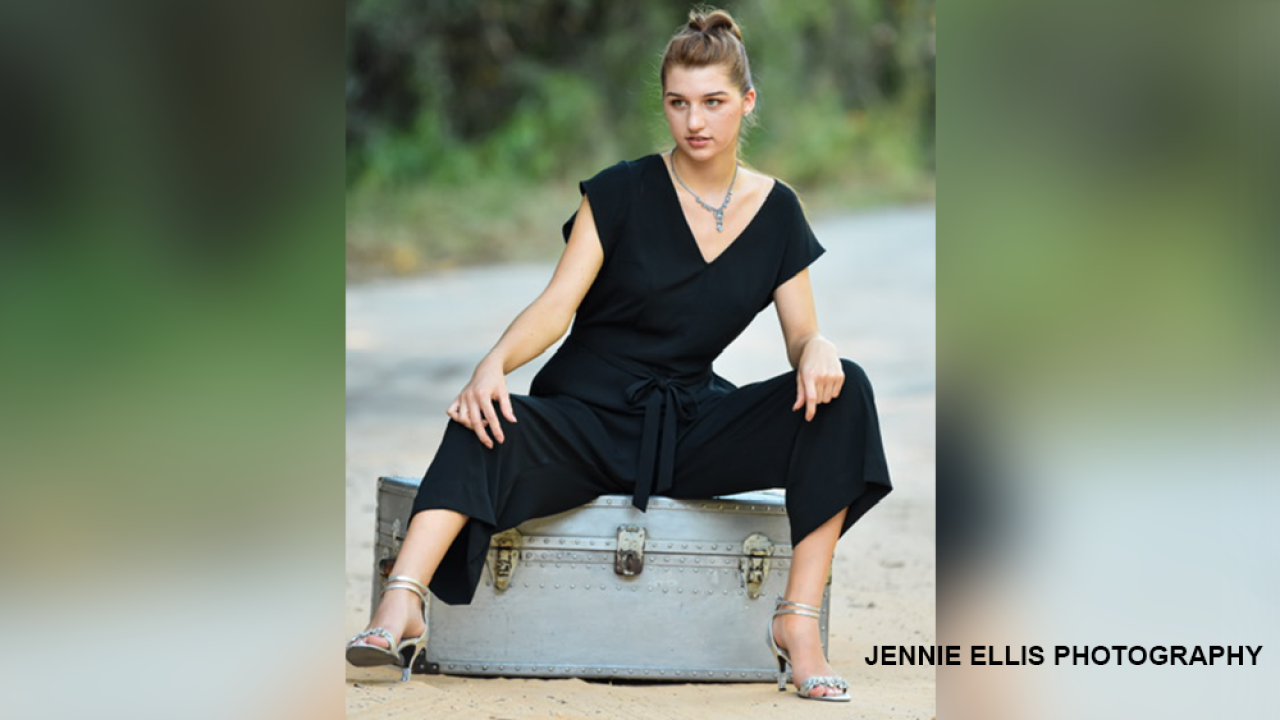 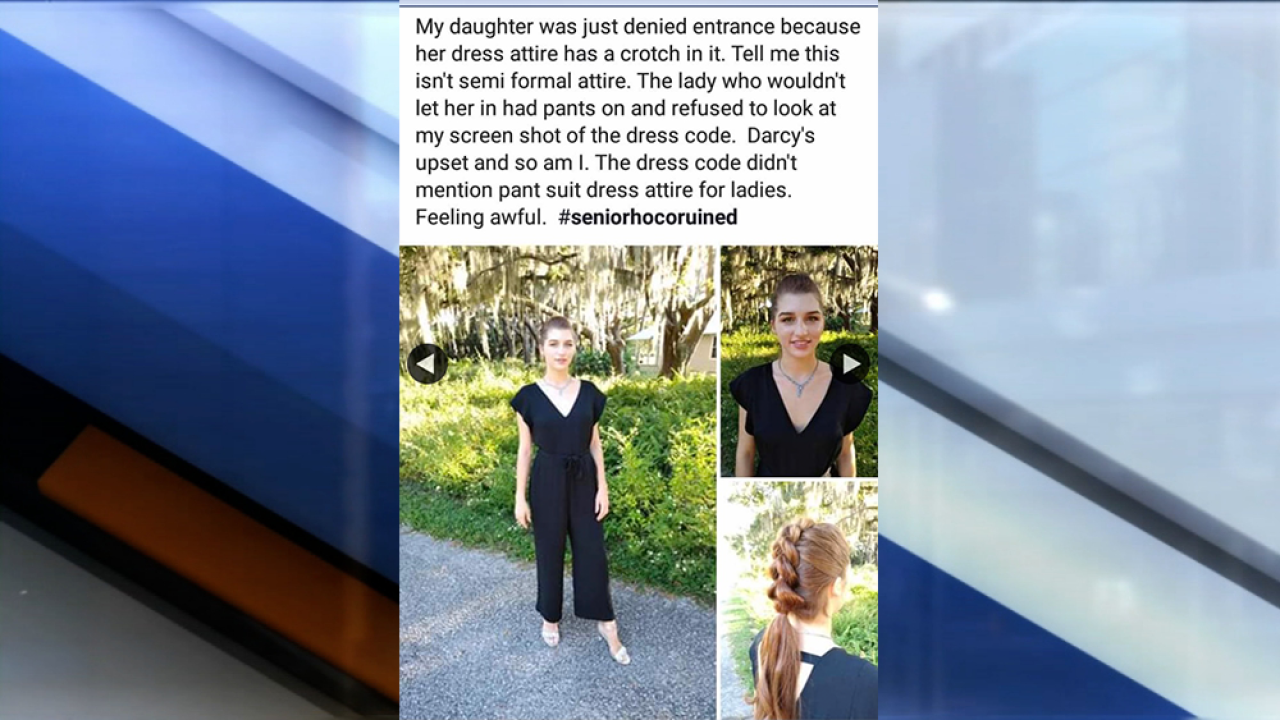 TAMPA, Fla. —A 17-year-old was not allowed to attend her homecoming dance after she decided to wear a jumpsuit.

Darcy Krueger said she was turned away at the door for not following dress code. The Tampa Bay Homeschool Homecoming dance was held at a venue in Tampa on Friday.

"I was very surprised. I called my mom and I was telling my friends about it because I couldn't really believe it," said Darcy Krueger.

She wrote, "Darcy's upset and so am I. The dress code didn't mention pant suit dress attire for ladies. Feeling awful."

Darcy said she went shopping for a dress, but did not find one she liked. She decided to wear a jumpsuit instead.

"I already had this in the closet and I was like this could totally work. I could just dress this up and feel good about this," said Darcy.

We reached out the to event organizer for a comment. She sent us the following statement:

"We have 2 private events every year for our students. These events have a dress code. This particular event 390 students bought tickets. Only 1 student had to be turned away and it was due to dress code. We offered her an opportunity to come back if she could change into the dress code. We would have loved to had 100% attendance. However, her ticket was refunded after the event and we confirmed that she did not return."

"They did refund the money, but it's kind of bigger than that for me. It's like an injustice. This is my daughter's senior year and to see her get rejected and denied entrance to a dance that she could have went to any semi-formal event in the area and walked right in and no one would have batted an eye," said Melissa Krueger.

A local photographer, Jennie Ellis, saw Melissa's Facebook post on social media. She offered to take pictures of Darcy for free since she could not attend the dance.

Darcy and her mother hope the rules change.

"She was dressed up and was appropriate so that's frustrating because this like a memory now, you know," said Melissa Krueger.