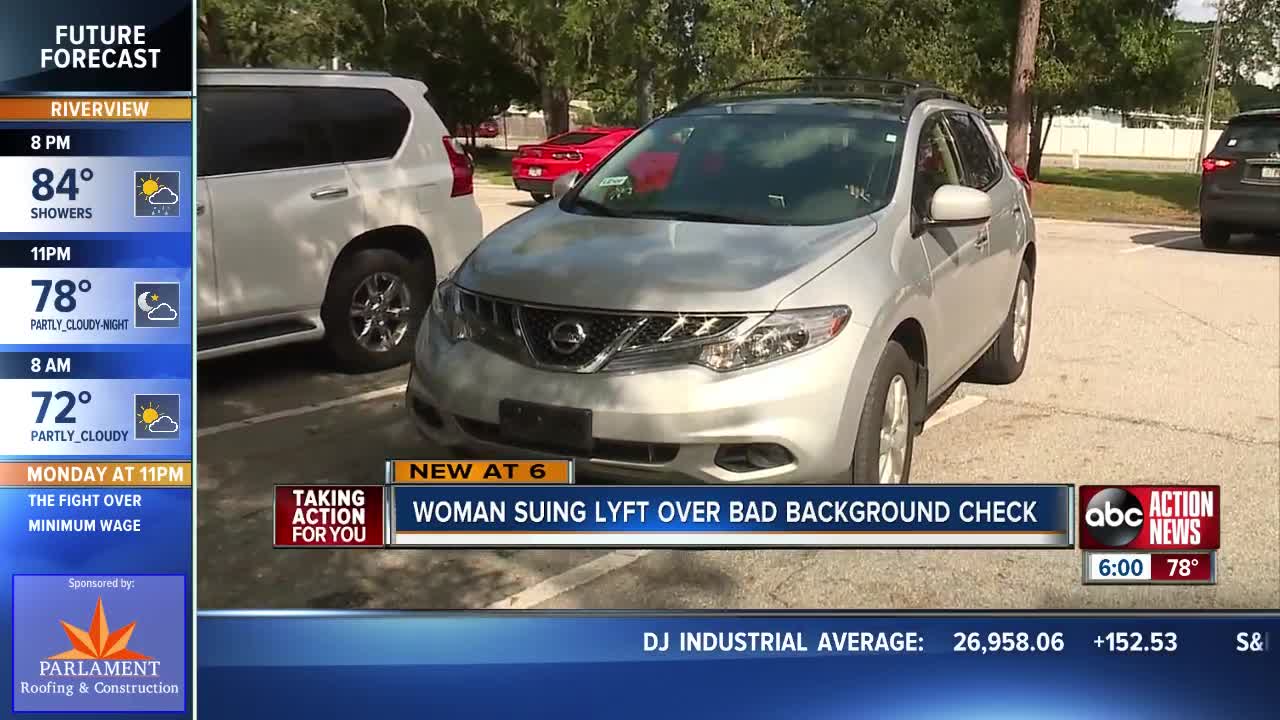 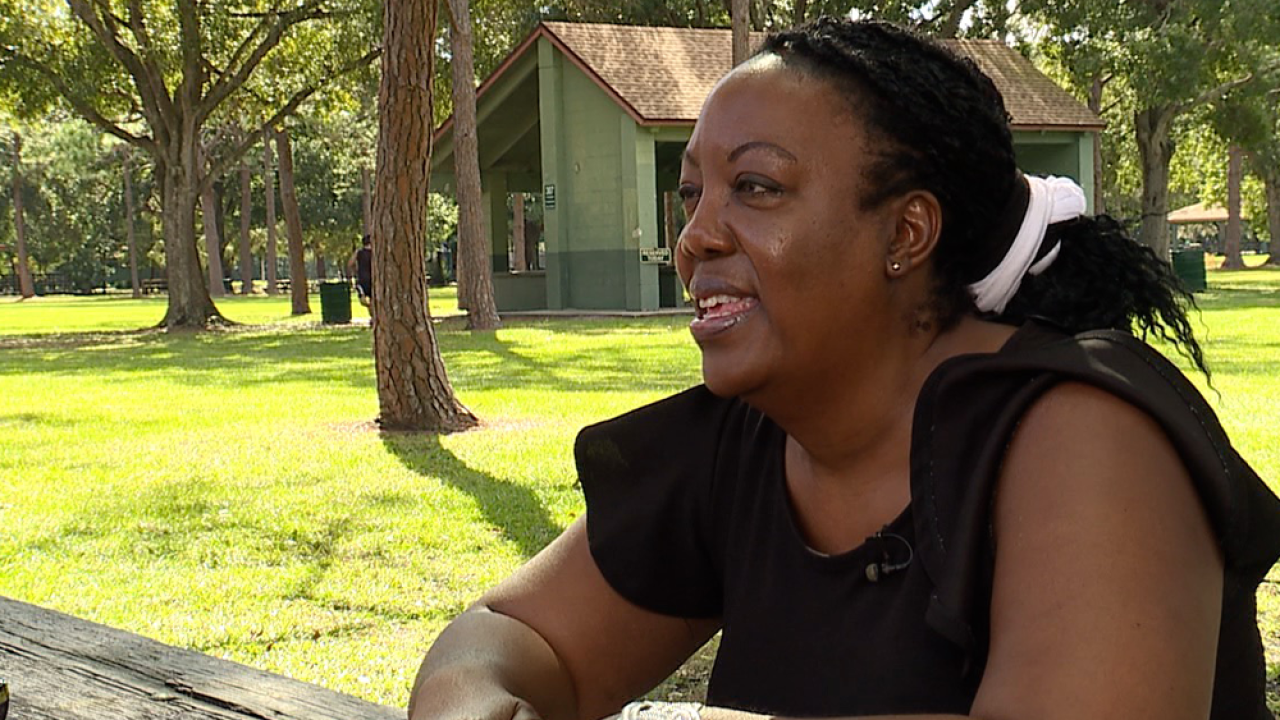 According to the lawsuit filed against Lyft, Inc. and Checkr, Inc. in federal court in the Middle District of Florida, Theresa Jones drove for Lyft in 2017. The lawsuit filed on her behalf accuses the companies of violating the Fair Credit Reporting Act.

“I was really really just devastated and I feel like my life was just turned upside down,” Jones said.

During a background check conducted by another company for Lyft it was reported Jones had a criminal charge from Pennsylvania for "disorderly conduct engage in fight," according to the lawsuit.

According to the lawsuit, Jones claims she never received such a criminal charge, but said she was unable to drive for the company as a result for about eight weeks.

“There’s an individual with the same date of birth and the exact same name in Pennsylvania. That individual was arrested, charged and plead to a misdemeanor charge of disorderly conduct engage in fighting,” said Jones’ attorney, Tav Gomez, with the law firm Morgan & Morgan.

Gomez said their identities were confused.

“When she’s working for Lyft and they do a background check in 2017 the background company makes a mistake and confuses or mixes the record of the other Theresa Jones with Ms. Jones,” Gomez said.

They said Jones contacted Pennsylvania State Police and submitted finger prints in an effort clear her name. A letter they provided they said is from the agency states:

“Upon receipt of a copy of your fingerprints, they were classified and compared with those in our file for someone. The comparison revealed that the fingerprints on file for that individual did not match those you supplied.”

But earlier this year, they said the same thing happened again, this time when Lyft utilized the company Checkr for a background check.

“When they did the background check again they sent the notice to me stating that my background was questionable and I read over the paperwork and I contacted them and let them know look this is the same thing that happened the first time and this is not me,” Jones said.

Jones said she also requested compensation for the three weeks she was unable to drive in that instance.

“My finances was just basically devastated. I lost my home, I lost my vehicle and I lost, I basically lost my kids,” she said.

“The violation from Lyft is by taking adverse effect without allowing her to correct it,” Gomez said.

“Checkr, they provide a service. Their service is to gather people’s background. And if you have that kind of duty you have to ensure that the information you have has the maximum possible accuracy,” said Gomez.

ABC Action News requested a comment from Checkr, but has not heard back as of this publishing.

A spokesperson for Lyft released this statement:

"Safety is fundamental to our community. We act out of an abundance of caution whenever a driver background check - provided by a third-party company - returns concerning results. Once we were made aware of the confusion surrounding Ms. Jones’ account, we worked to rectify the issue to ensure that Ms. Jones could continue driving with Lyft."

Jones said she’s back on the road driving for another ride share company. She said she is choosing to not drive for Lyft and wants to make sure the same thing doesn’t happen to anyone else.

“Just always check your background check, always make sure that your credit is up to date,” said Jones.

Gomez said the issue is common.

“If you have a common name you have to be looking out because in today’s technology with everything being electronic there’s a very good chance you’re gonna get your files mixed,” he said.