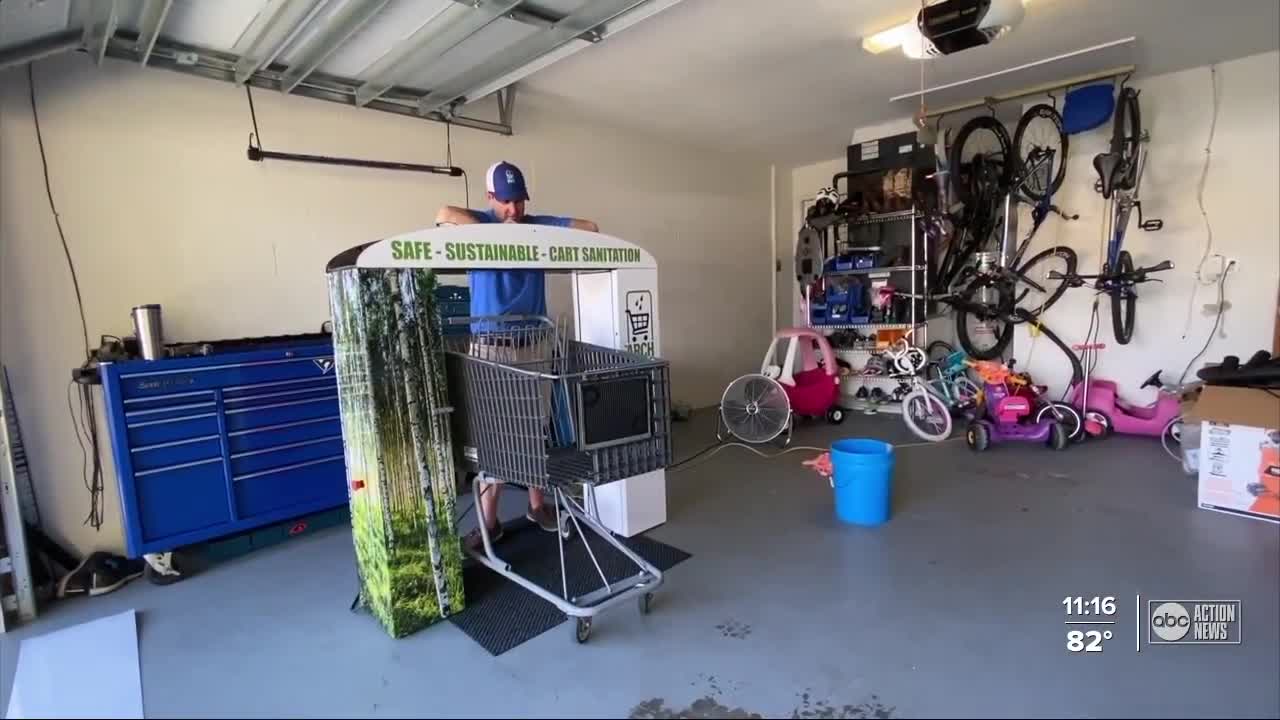 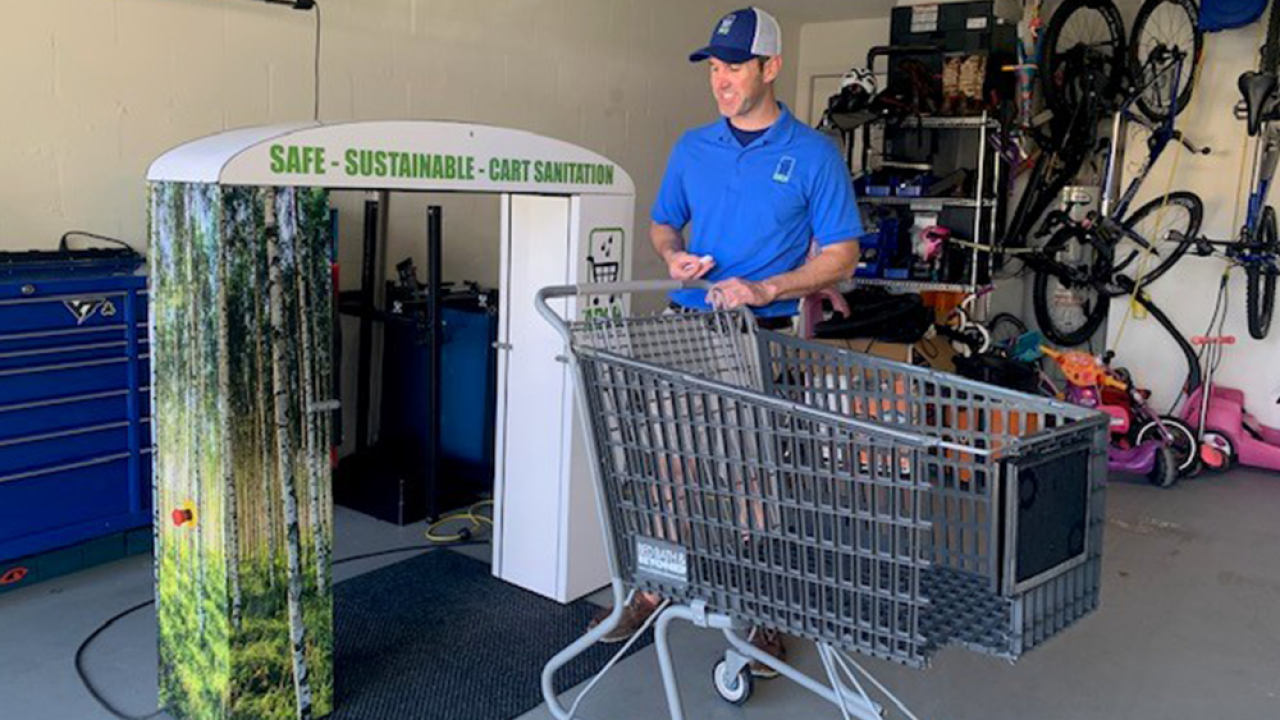 TAMPA, Fla. -- A Tampa man is speaking to national supermarket chains after inventing a device to sanitize shopping carts.

"We ship a dry package to the store. We don't ship liquid across the country," he said.

Studies show shopping cart handles have bacteria on them. It is one of the most commonly touched items in a store.

"Customers now are expecting a clean cart. They expect a clean store and a clean cart," said Labadie.

Labadie said he first noticed a trash can full of used wipes at a local grocery store. He also saw a lot of trash while snorkeling and diving in Florida.

"I went and I looked at the trash can. It was a full trash can full of wipes," he said.

"I wanted to find another solution," he added.

Labadie said his invention could help eliminate the use of wipes at grocery stores. He hopes to start production in the next few weeks.

"We'll be sending out free demos, free demos to grocers...some in the Northeast and some in the South in about 3 weeks so it's super exciting for me. It means I get to showcase my baby," said Labadie.

The father of two was laid off at the start of the pandemic. He began working on his invention. He said he spends 15 hours working in the garage or on his computer.

"Failure is always part of life and you just try to challenge yourself, figure out the next thing," he said.