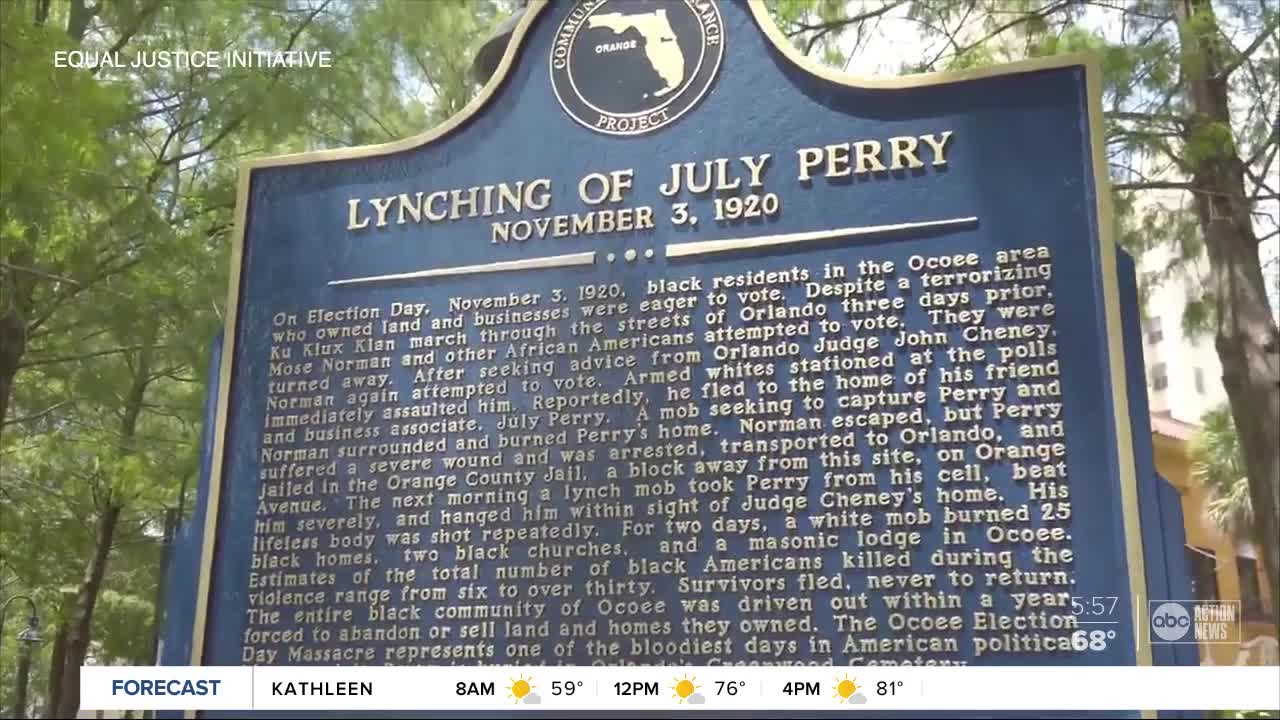 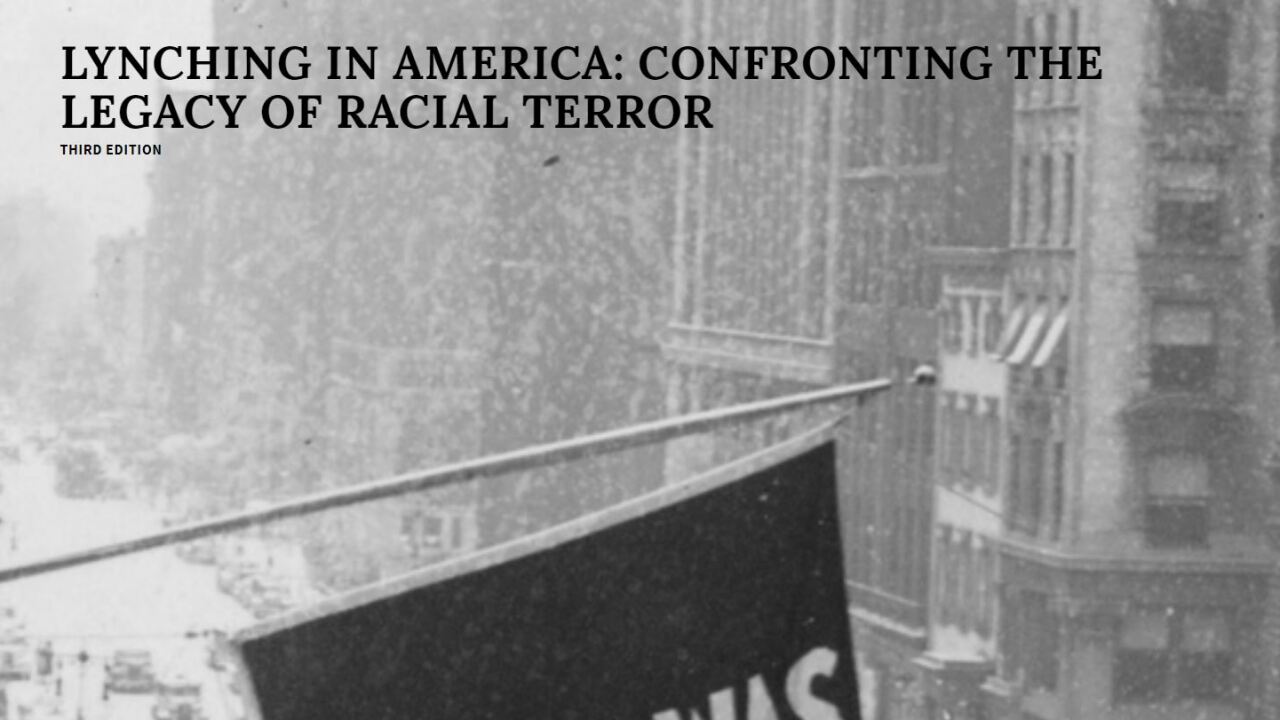 TAMPA, Fla. — "A lot of people growing up in the City of Tampa and Hillsborough County don't really know our history and that includes for our country," says Tampa City Councilman Luis Viera. "There's a lot of good things in our history and a lot of bad things that we need to know about and work to overcome."

Not knowing history is part of the reason Viera is part of a new group of leaders looking to place a historical marker in Hillsborough County.

The marker would memorialize lynching victims in Tampa from the reconstruction period to the 1930s. During the decade, Florida led the nation in lynchings. You can read how Tampa was involved by clicking here.

"Right now, I'm working with State Rep. Driscoll and a group of community leaders and we're having community meetings on this issue. This issue is not top down but bottom up and it's the idea that we're hearing from the community," explains Viera. "So where a historical marker should go and the kind of dialogue we want to illicit from the public on the issue. Again, this isn't an issue where we go to the community and tell them what's going to be there. This is an issue where we talk to the people in the community and talk to them about the symbolism of this marker what it means."

Viera says he's always been a big student of history, including American History so this project is something he's passionate about.

The group is working with the Equal Justice Initiative based in Montgomery, Alabama. Their goal is put a marker in every county where there were known racial lynchings.

The City of Orlando just unveiled their historical marker for lynchings last summer.

The next Tampa meeting in March 24 at the Robert Saunders Library starting at 6:15 p.m. In the meantime, Councilman Viera hopes you email him to become a part of the efforts.