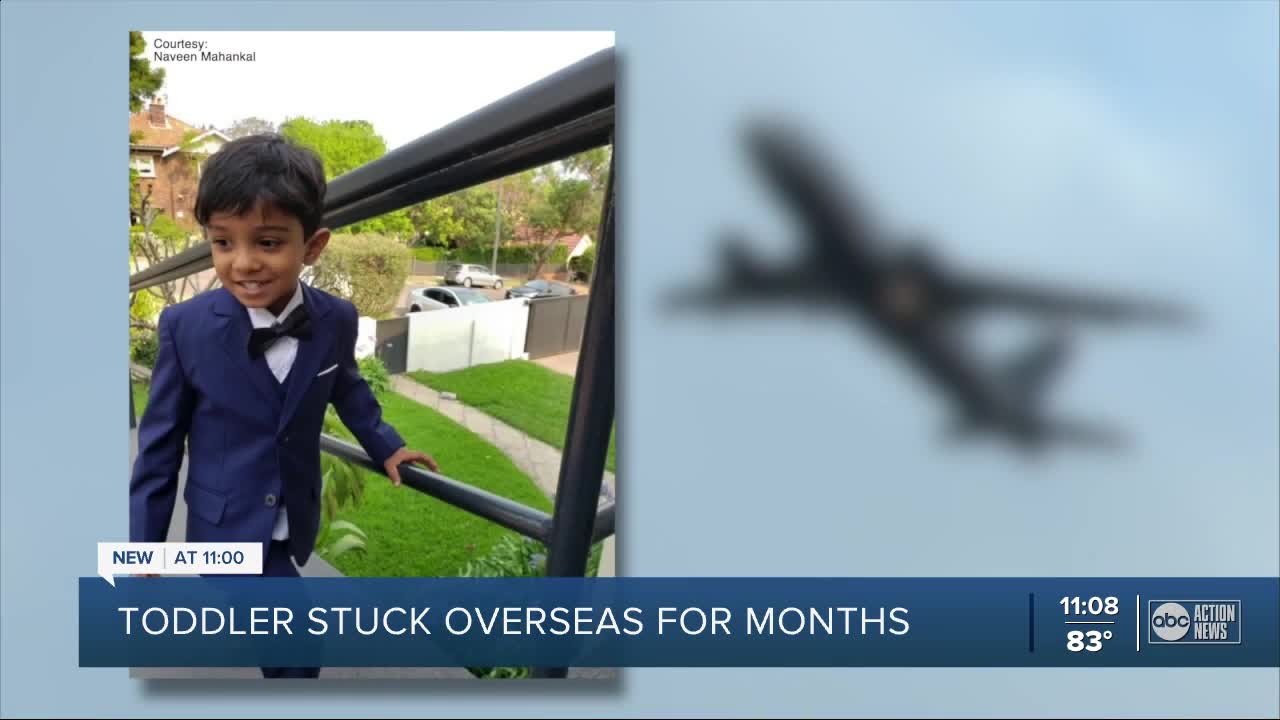 A Tampa father said his 4-year-old son was stuck in Australia for more than six months due to the COVID-19 pandemic. 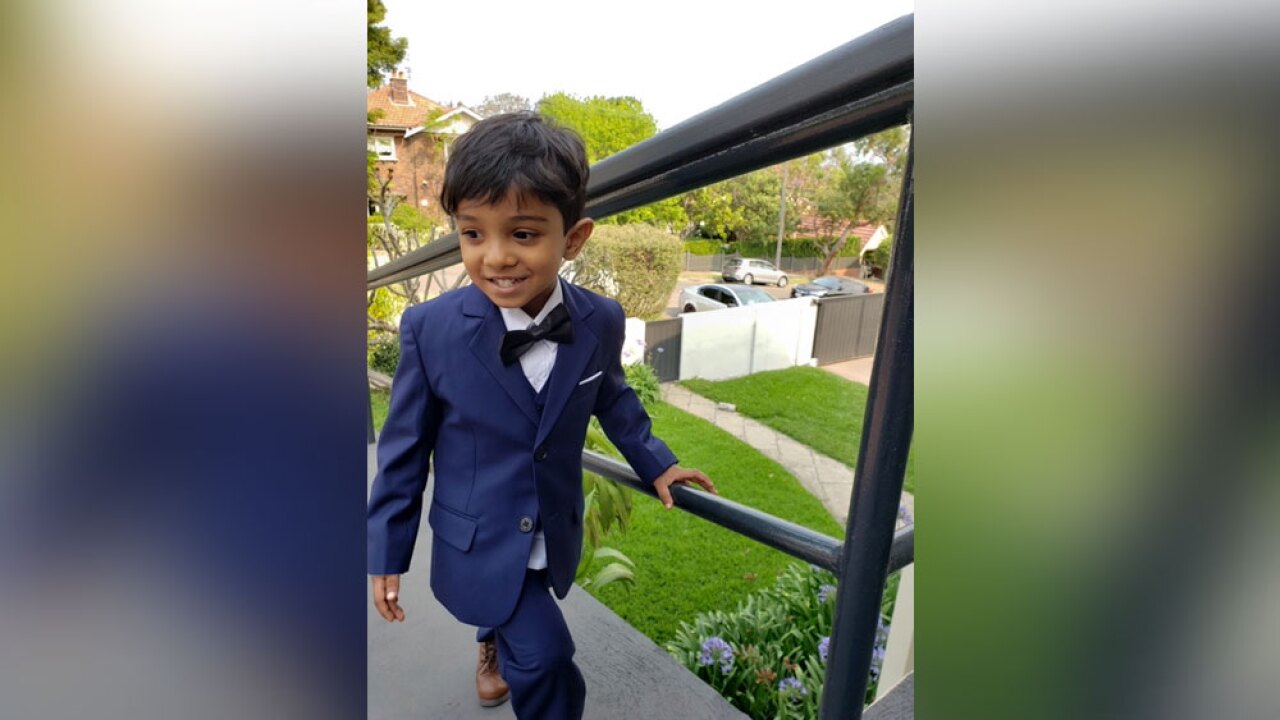 TAMPA, Fla. — A Tampa father said his 4-year-old son was stuck in Australia for more than six months.

Naveen Mahankali said he traveled with his son and family to Australia for a wedding.

"Last year, December, we went to attend my wife's sister's wedding in Sydney. Her parents live there so we thought it's a good idea for him to spend some time with them, his grandparents," said Mahankali.

Mahankali said his son's grandparents planned to later return to the United States with their grandchild, but the pandemic hit.

He said travel restrictions made it impossible to get his son home.

"It was stressful because of the uncertainty because we never knew when we could get him back because things were just getting worse every month," said Mahankali.

A spokesperson for the U.S. Department of State said they are continuously assessing travel conditions in areas affected by COVID-19 and update travel advisories and safety information for U.S. travelers.

Due to COVID-19, the Department of State has issued a Travel Advisory for Australia of Level 3: Reconsider Travel.

All travelers entering Australia from overseas have to be quarantined in a hotel or designated facility for 14 days.

Mahankali said he was able to book a flight to Australia after several flights had been canceled.

"I flew from here (Tampa) to New York from New York to LA from LA to Sydney," he said.

He said he was forced to quarantine at a hotel once he arrived in Sydney. He said he worked with four different agencies, including the Australian Department of Home Affairs, so he could return home with his son.

He brought his son home last week on Tuesday.

"I felt happy and relieved and seeing my son, he's really happy now because he can spend time with us. He didn't even know what he was missing."

For more information on travel restrictions in Australia, click here.