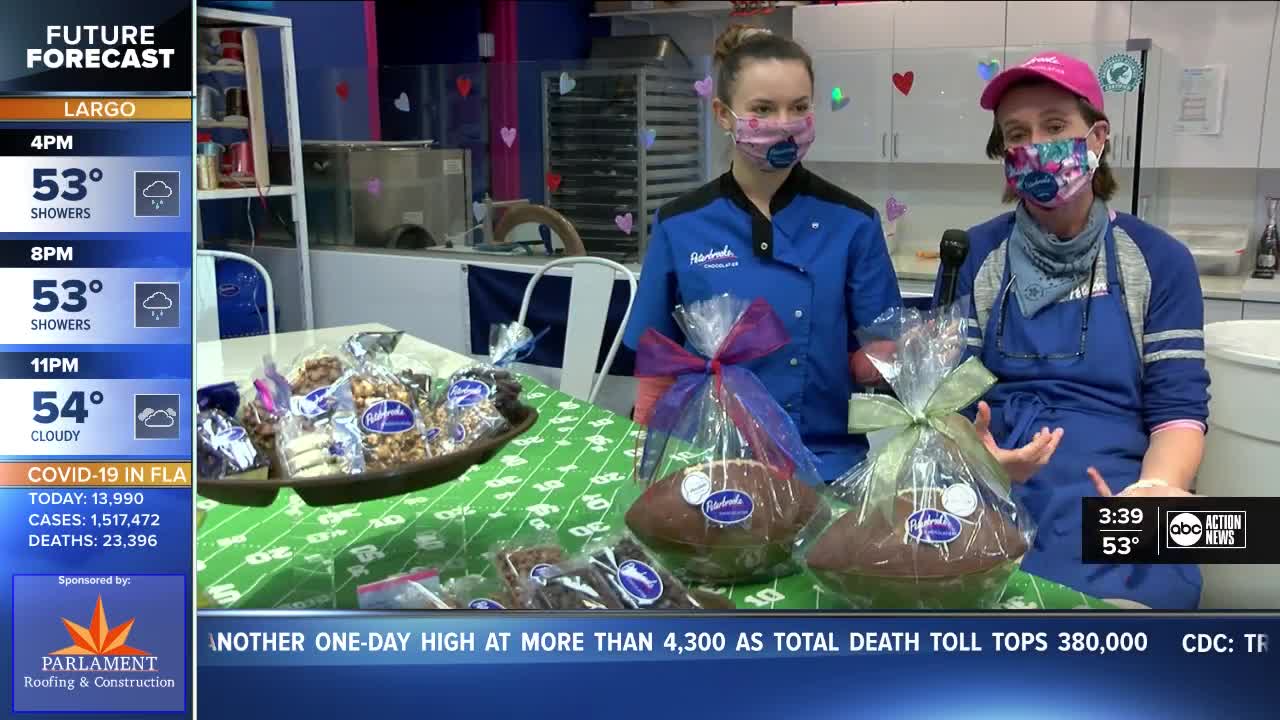 Peterbrooke Chocolatier's grand opening in downtown Tampa was delayed months due to the pandemic but they are now open, just in time to cash in on Super Bowl mania. 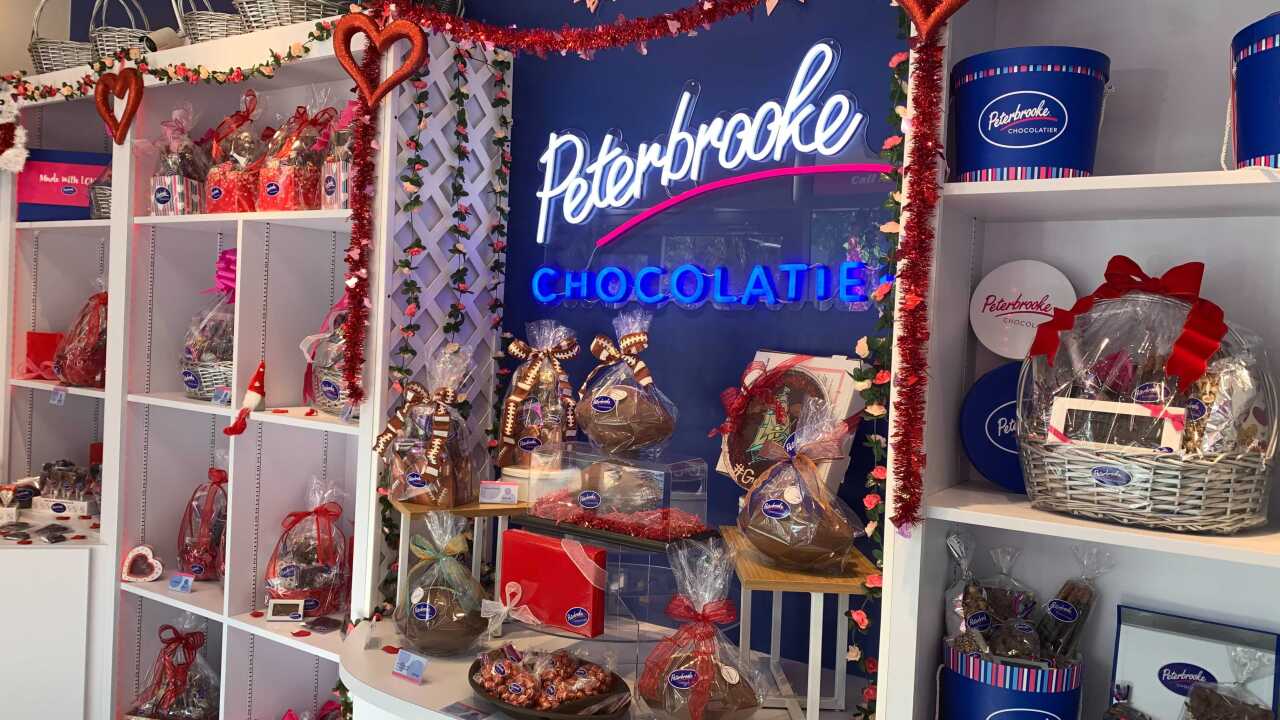 TAMPA — Many small businesses in the Bay Area are looking toward the Super Bowl as a chance to make up some lost profits and rebound from the pandemic.

One of them is the new Peterbrooke Chocolatier that recently opened in downtown Tampa.

As you walk into the one and only Tampa location, you get the sense that Willy Wonka could pop out any second.

Hill’s kids grew up going to Peterbrooke Chocolatier when they lived in Jacksonville.

“We had like her birthday parties there, we took her on a tour of the Peterbooke factory when it was in downtown Jacksonville,” said Hill.

When the family moved to Tampa in 2013 they quickly realized their favorite dessert shop wasn’t here, so they decided to do something about it.

“And I’ve been kicking on their door and begging them for seven years to let me open and finally they did so here we are,” said Hill.

However, the grand opening was anything but sweet.

“The target open date was June of 2020 which was terrifying,” said Hill.

The pandemic pushed them back months, yet the family never panicked.

“I feel positive, the city of Tampa is vibrant, it’s alive, there is energy here, there is people here that want us to be successful,” said Hill.

Despite making everything from pop-corn to gelato, they feel the Super Bowl is the ultimate treat for their new business.

“So the Super Bowl could make up for that lost revenue that we didn’t get from the holidays or that time when the snowbirds were here, they’re not here,” said Hill.

Besides walk-up traffic and catered events, they are holding special wine tastings around the big game.

She has plans of opening two more locations in the Bay Area, with hopes of both her daughters continuing on the tasty traditions into the next Tampa Super Bowl.

“It’s literally the greatest thing ever, I mean I’m living in a chocolate factory, I mean what else can you ask for,” said daughter Sydney Morton.