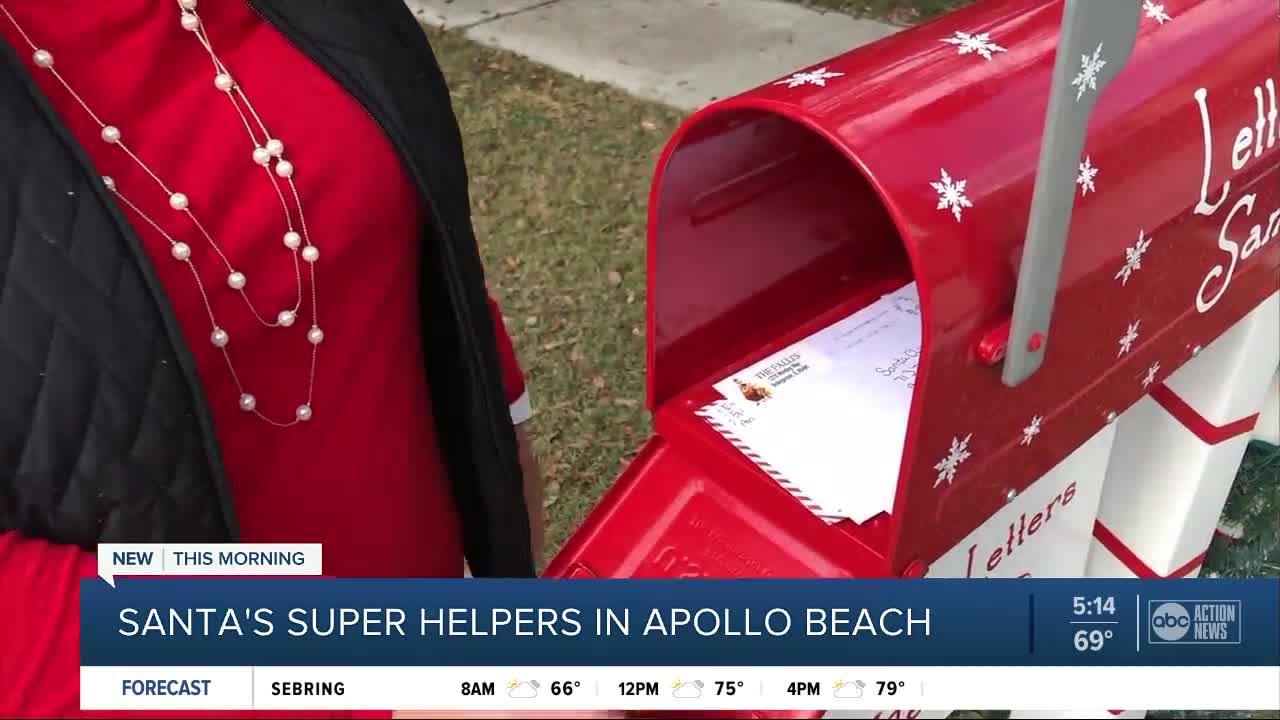 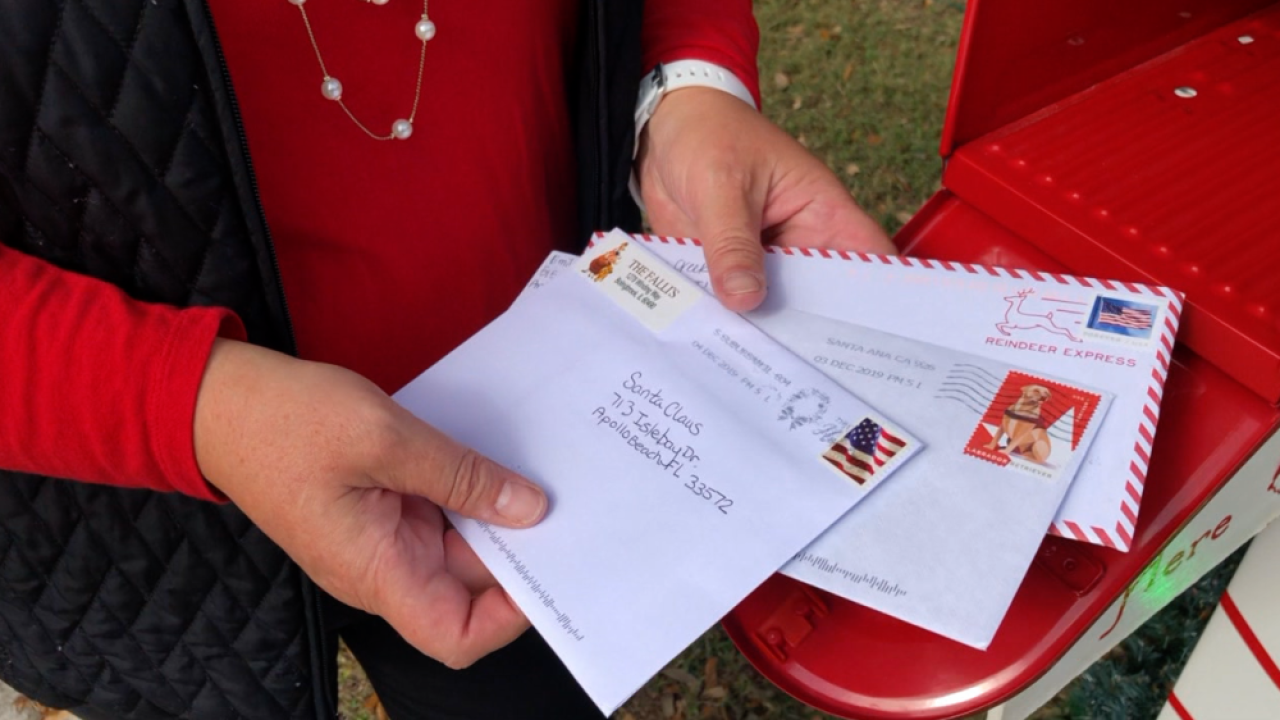 APOLLO BEACH, Fla. — Shawna and Gregg Calvert put a homemade “Letters to Santa” mailbox in front of their home in frosty Chicago in 2014.

The Calverts recently moved to Apollo Beach. But the mailbox, and their reputation to being close pals with the Jolly Old Elf, followed them to Florida.

A network of parents and friends and media appearances made them a popular pipeline to St. Nick.

“We get about 25 letters a day,” says Shawna, who puts the very best ones on a Letters to Santa Mailbox Facebook page.

Letters arrive from Texas to Canada.

They received thousands of them over the years. And they helped Santa by responding to every one.

The Calverts have nine children of their own and a lot of practice talking to children.

They do not always promise the exact gifts (like the 4-year-old who wanted a 70-inch TV and 25 dollars). Instead, they promise a special gift made by Santa’s elves. They can also communicate a child's parents on Facebook.

Some letters are funny.

But every letter reminds the Calverts of the beauty of childhood and the pure joy of the season.

“All of these kids are good,” Shawna says. “They’re all on the nice list. And we sure are proud of them.”

If your child would like to send a letter to Santa via the Calverts, the address is:
Santa Claus
713 Islebay Drive
Apollo Beach, FL 33572