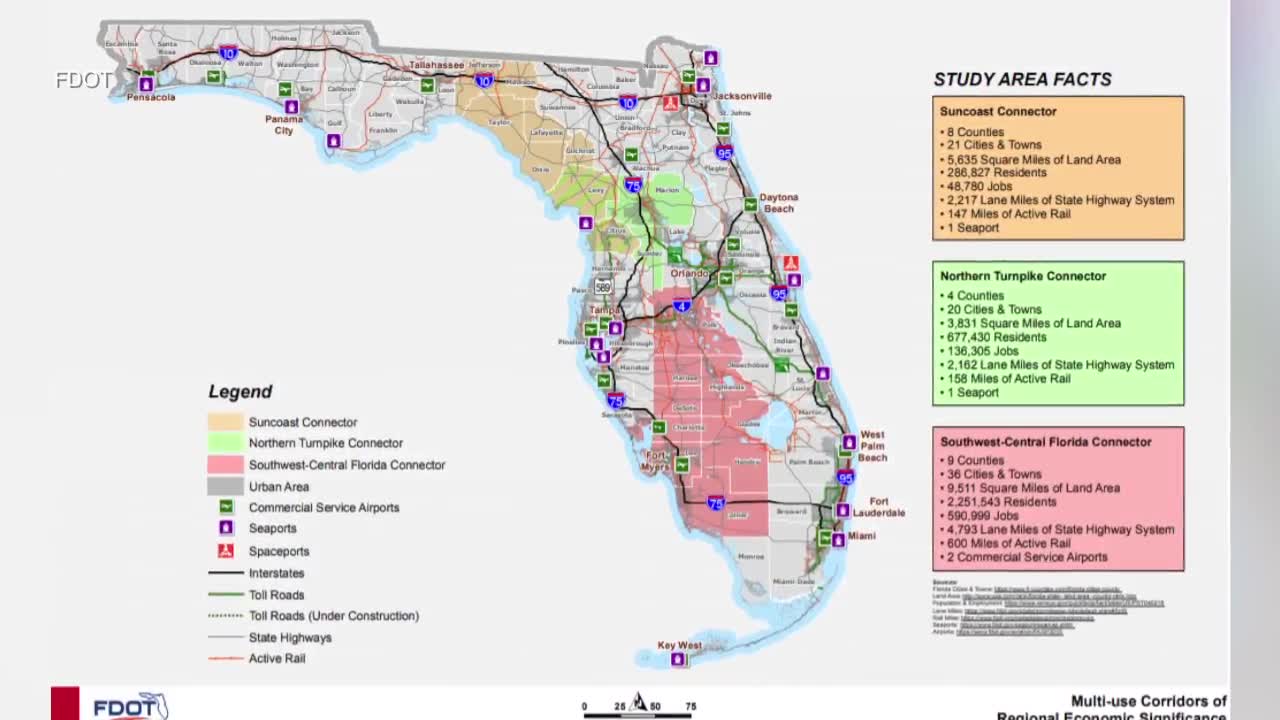 One of the intended benefits of the three toll roads will be adding hurricane evacuation routes. 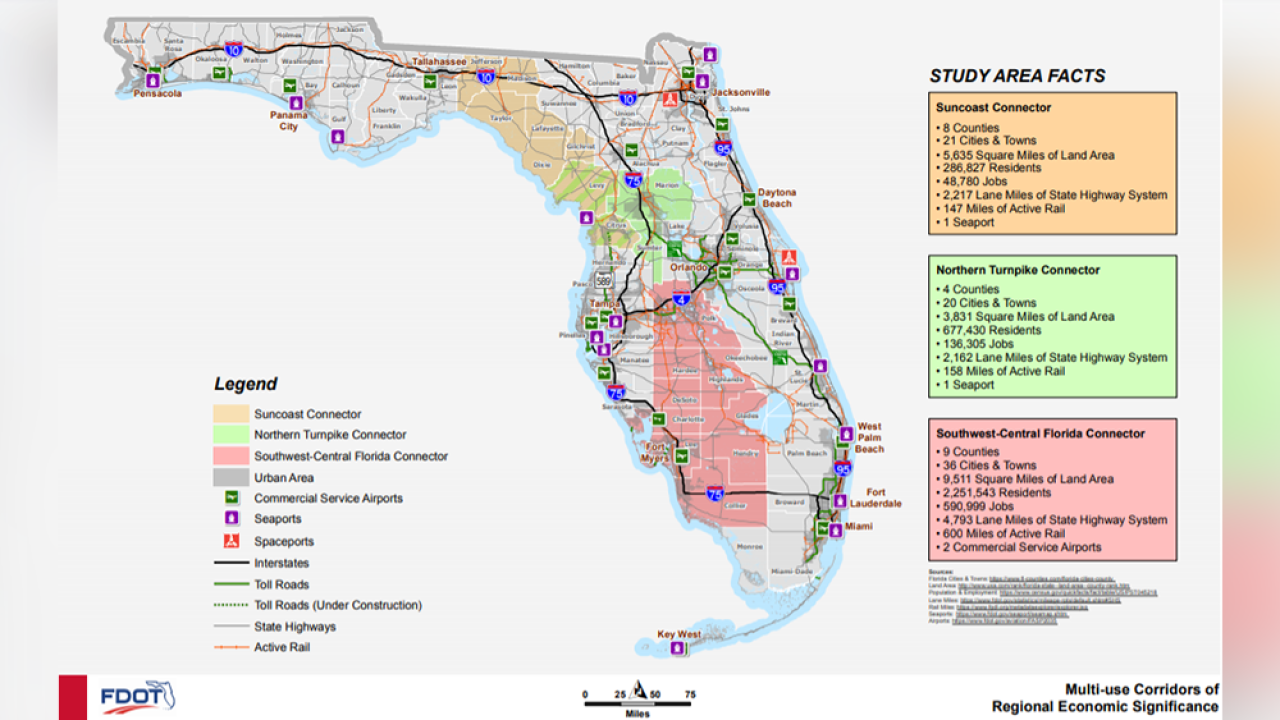 A state task force will begin researching three toll roads that will cover 300 miles across Florida after Governor Ron DeSantis signed a bill this past spring.

The Florida Department of Transportation had its first of seven task force workshops at the Tampa Convention Center in Tampa on Tuesday.

The program is being called the Multi-use Corridors of Regional Economic Significance, or M-CORES. State leaders say this project will bring growth to rural communities, jobs, and will help with public safety.

One of the intended benefits of the three toll roads will be adding the much-needed hurricane evacuation routes, according to state leaders.

The three areas included are:

At this time, there are no specific routes.

Conservation groups opposed to the toll roads say these roads will destroy some of the only land that's untouched in Florida -- they're calling the plans "roads to ruins."

ABC Action News spoke with a National Geographic photographer who goes to these untouched areas, worried about destroying the lands.

"My photos are a reflection, of these places, and so I'm already in love with the swamps, wild-lands, and the ranches and the wildlife," said Carlton Ward Jr. "With my photos, I hope others can fall in love with those places too."

The task force will issue a final report to the governor by October 2020 and if feasible, the construction is expected no later than 2022.

The public meetings to provide input will be posted at FloridaMCORES.com