Police pursuit ends in crash at 50th and Columbus in Tampa 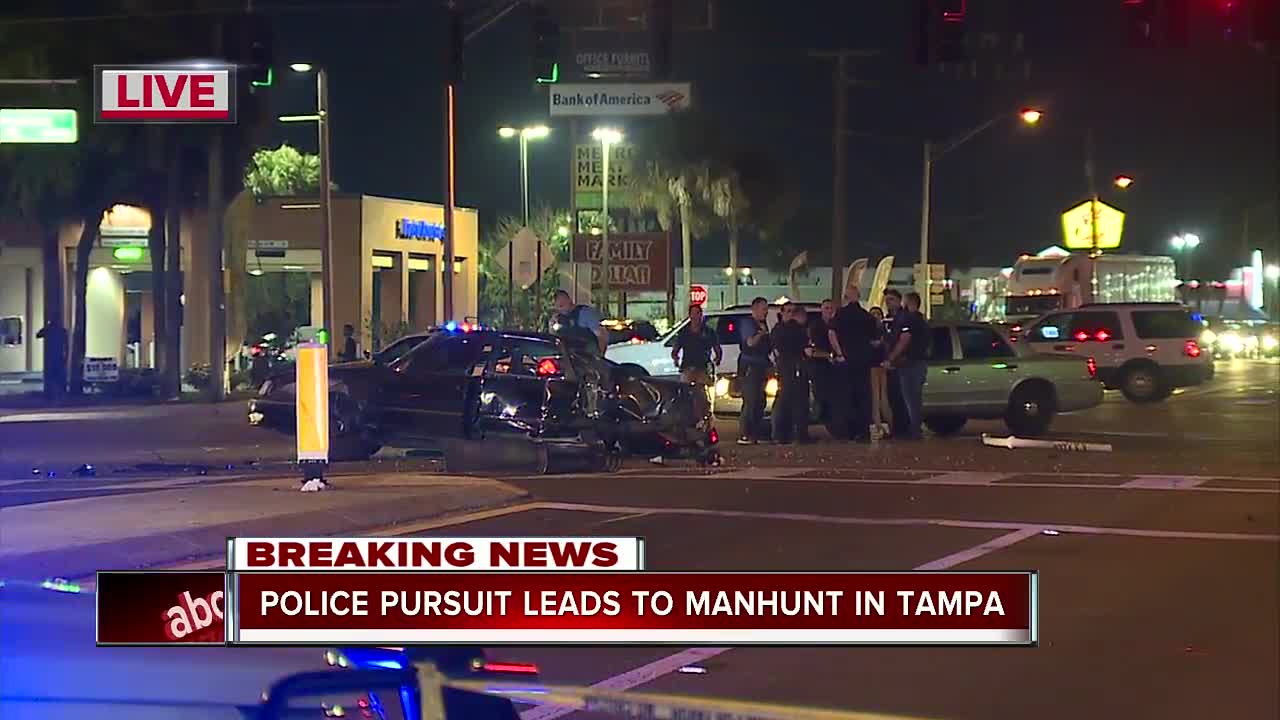 A police pursuit in Tampa has ended in a multi-car crash. According to Tampa Police, the pursuit ended near the intersection of 50th and Columbus on Wednesday. 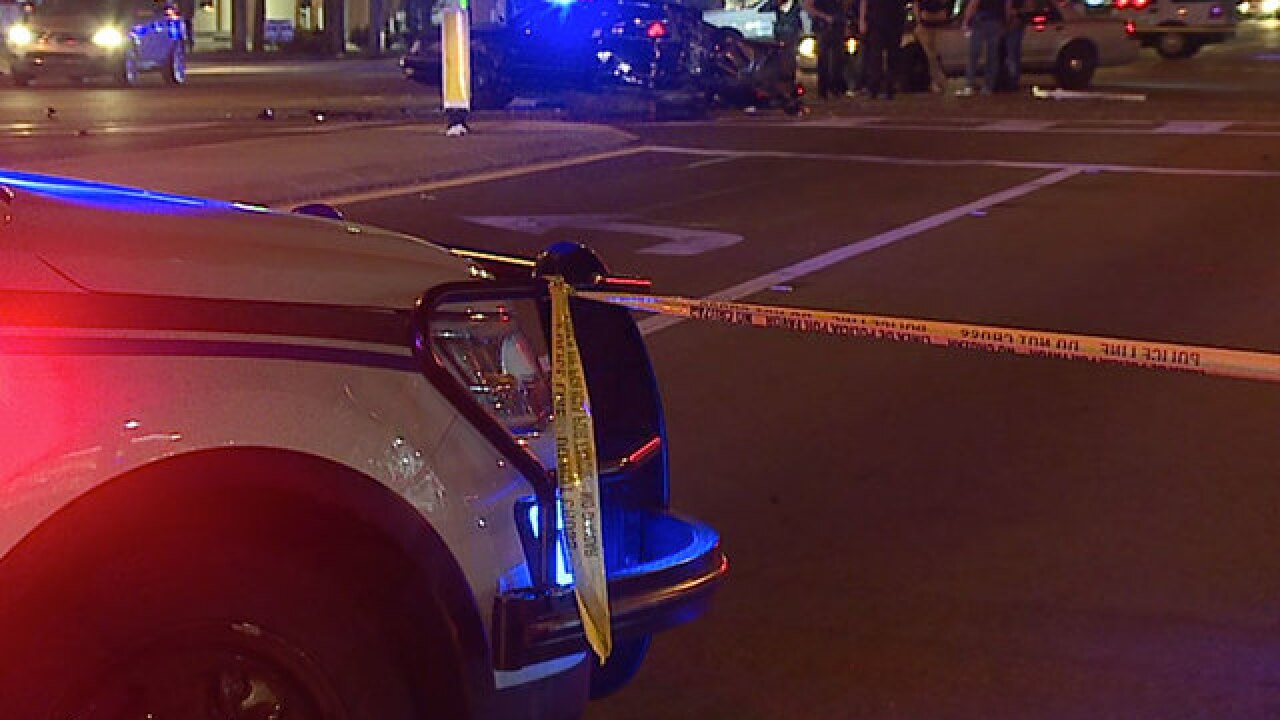 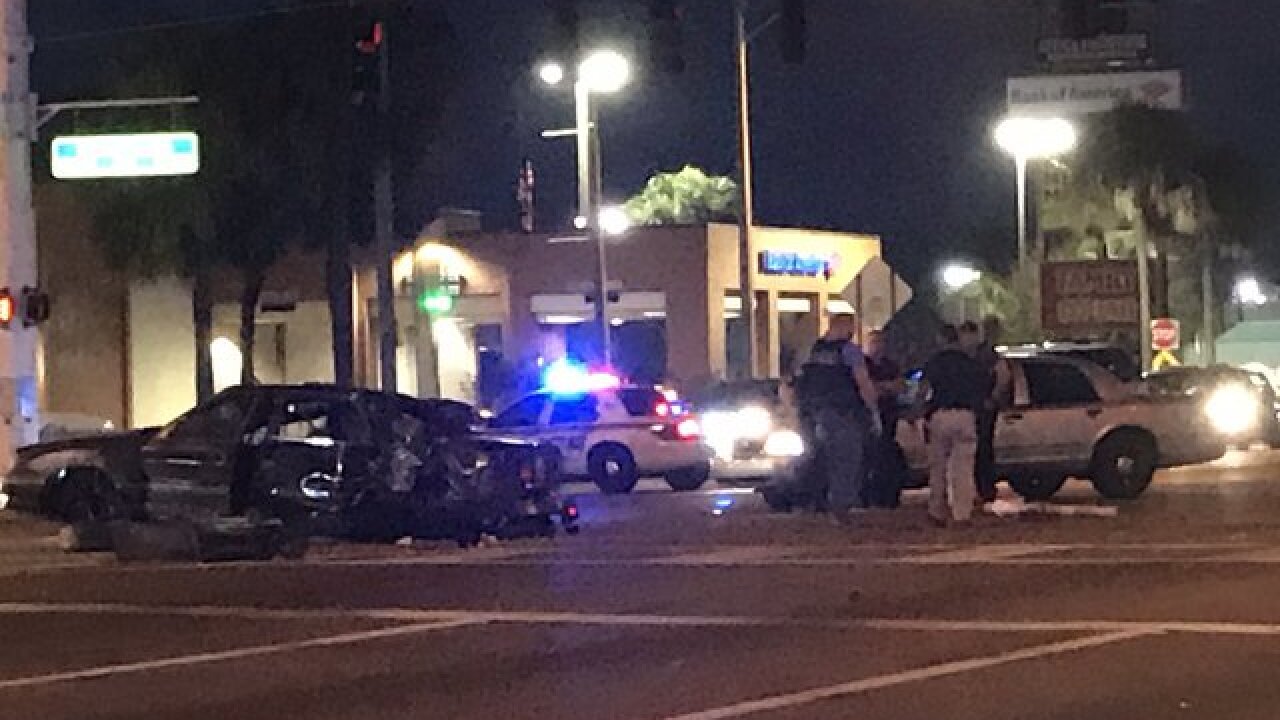 TAMPA, Fla. — A police pursuit in Tampa has ended in a crash.

According to Tampa Police, the pursuit started near E 24th Avenue and N 15th Streets around 4:52 p.m. Wednesday when deputies in an unmarked car heard gunshots.

Both Tampa Police and deputies from the Hillsborough County Sheriff’s Office attempted to stop the car believed to have fired the shots.

The pursuit ended near the intersection of 50th and Columbus when the driver sideswiped a car and crashed into a pole.

The driver that was hit during the pursuit told ABC Action News he had no time to react as the car was speeding through the intersection.  After his car was hit he said the suspect's vehicle hit a light post, spun out, and came to a stop in the middle of the intersection.

That's when the two men jumped out of the car and attempted to carjack another driver.  When they couldn't steal the vehicle they took off running.

Police took the driver into custody, but officers are still searching for the passenger.

Police recovered a gun that was tossed from the suspects’ car.

No one was hurt in the crash.