One person killed, another injured in mobile home fire in Hillsborough County 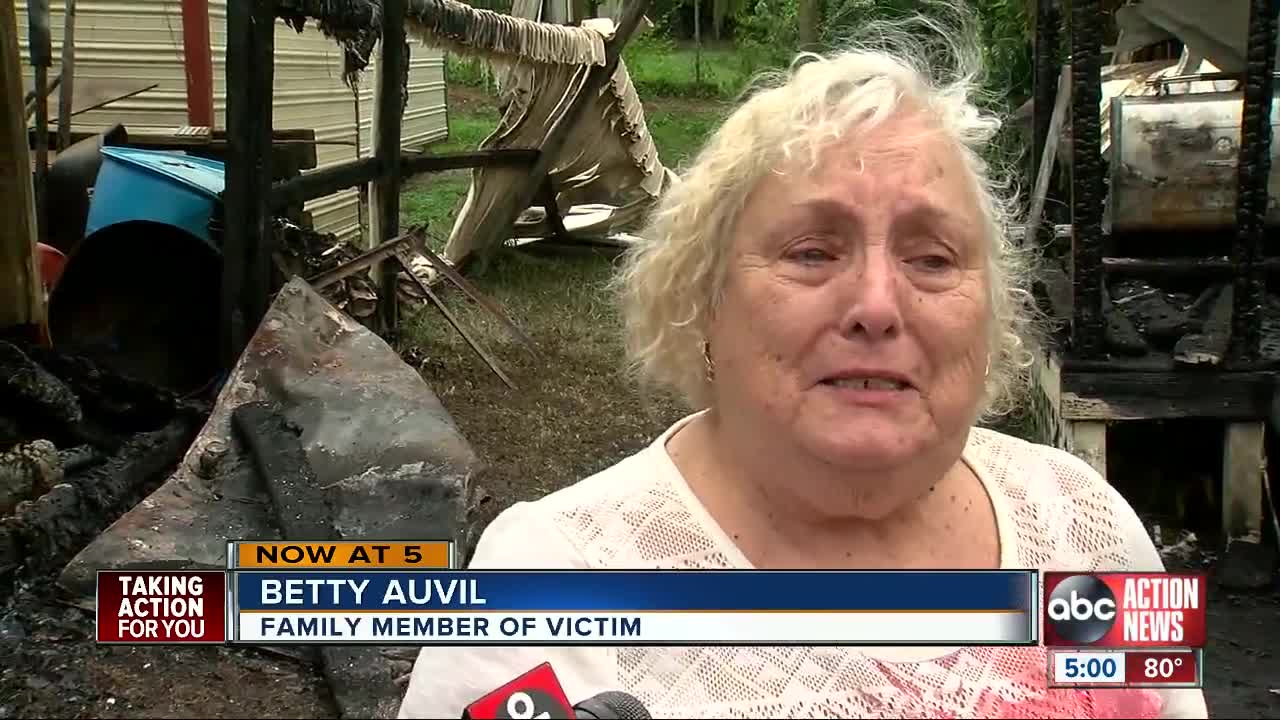 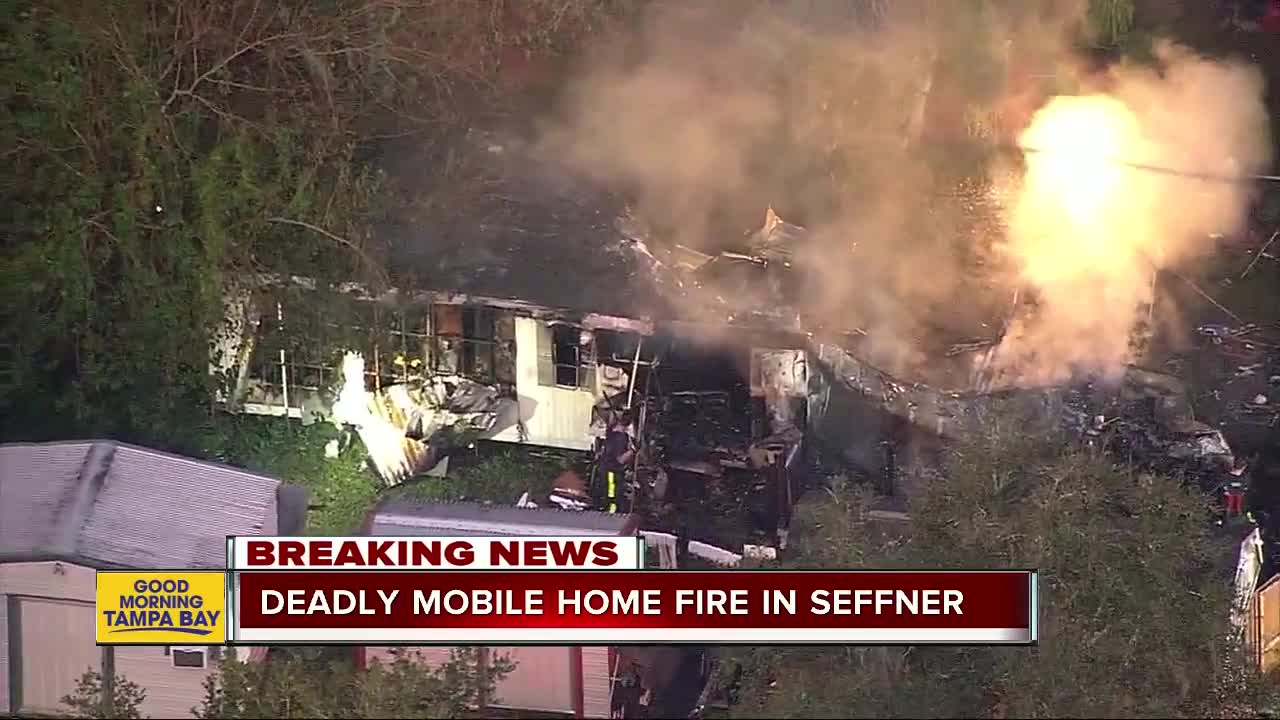 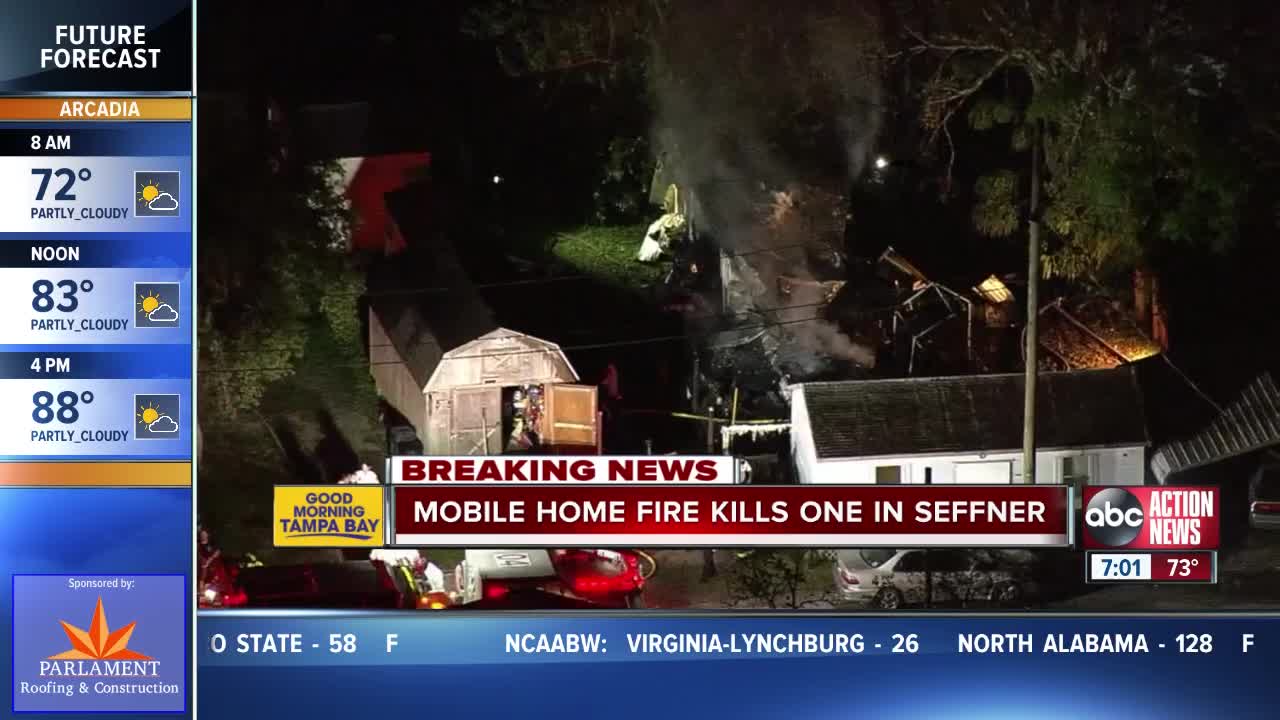 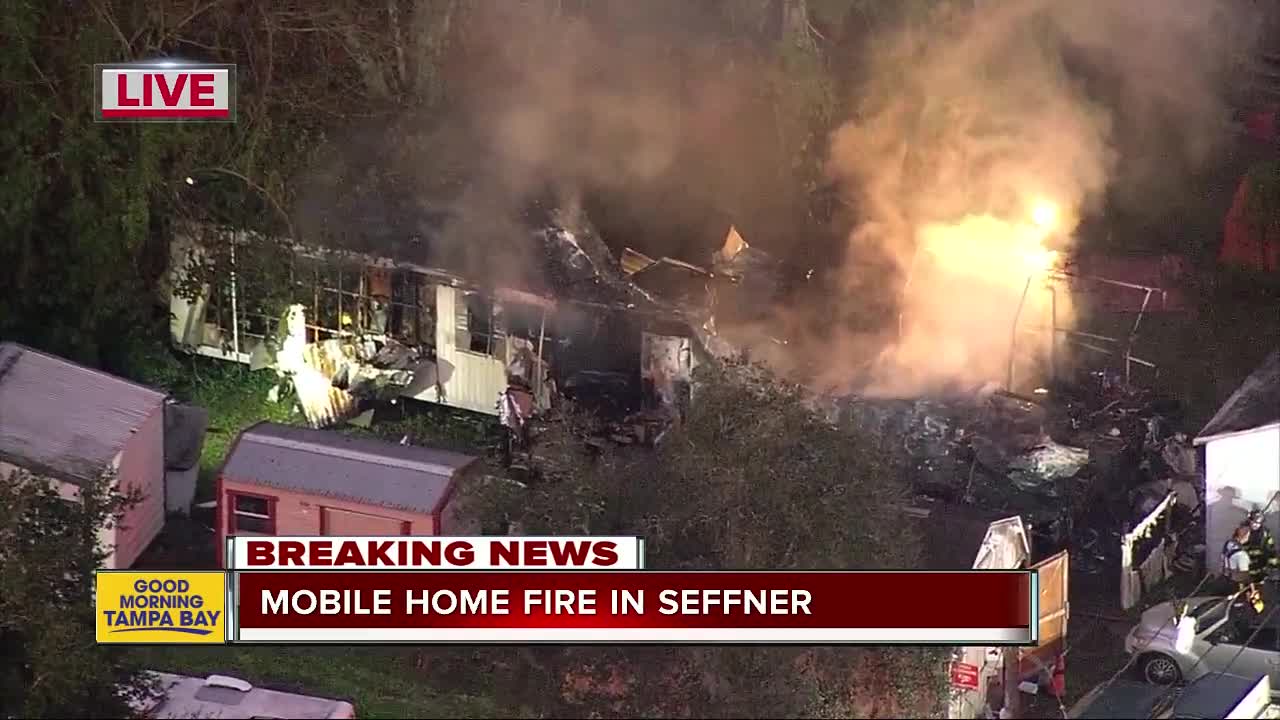 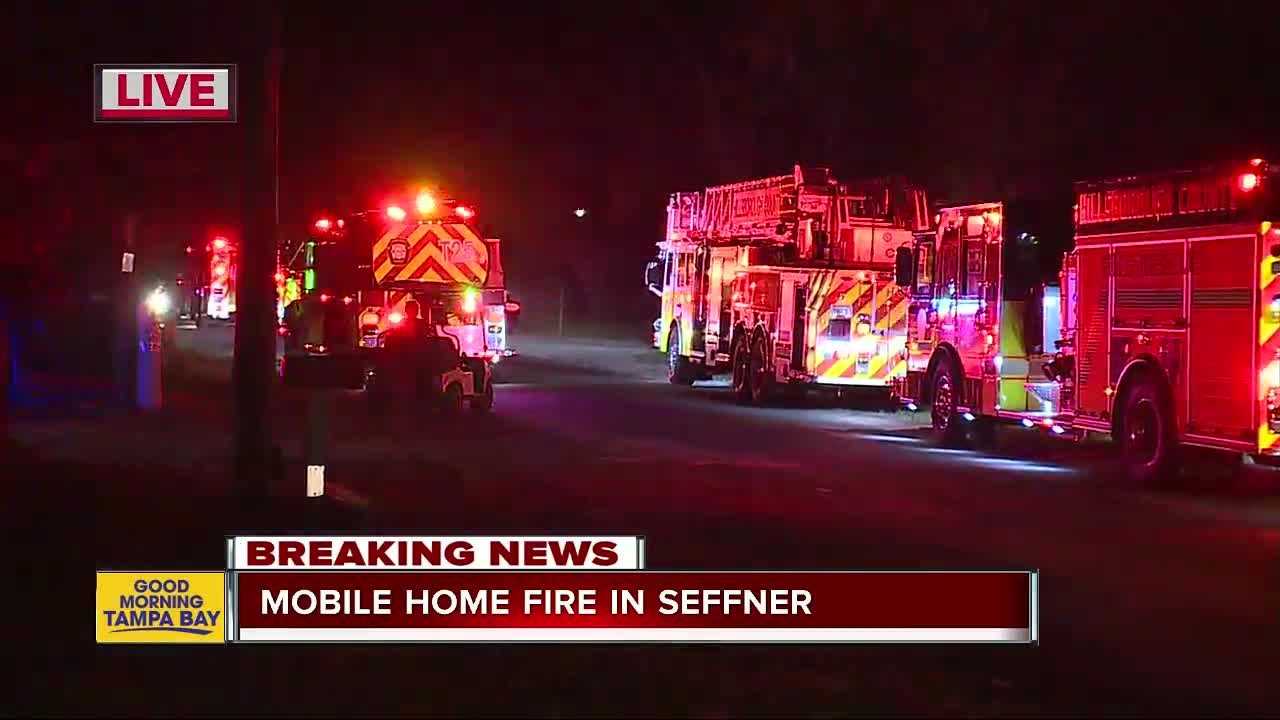 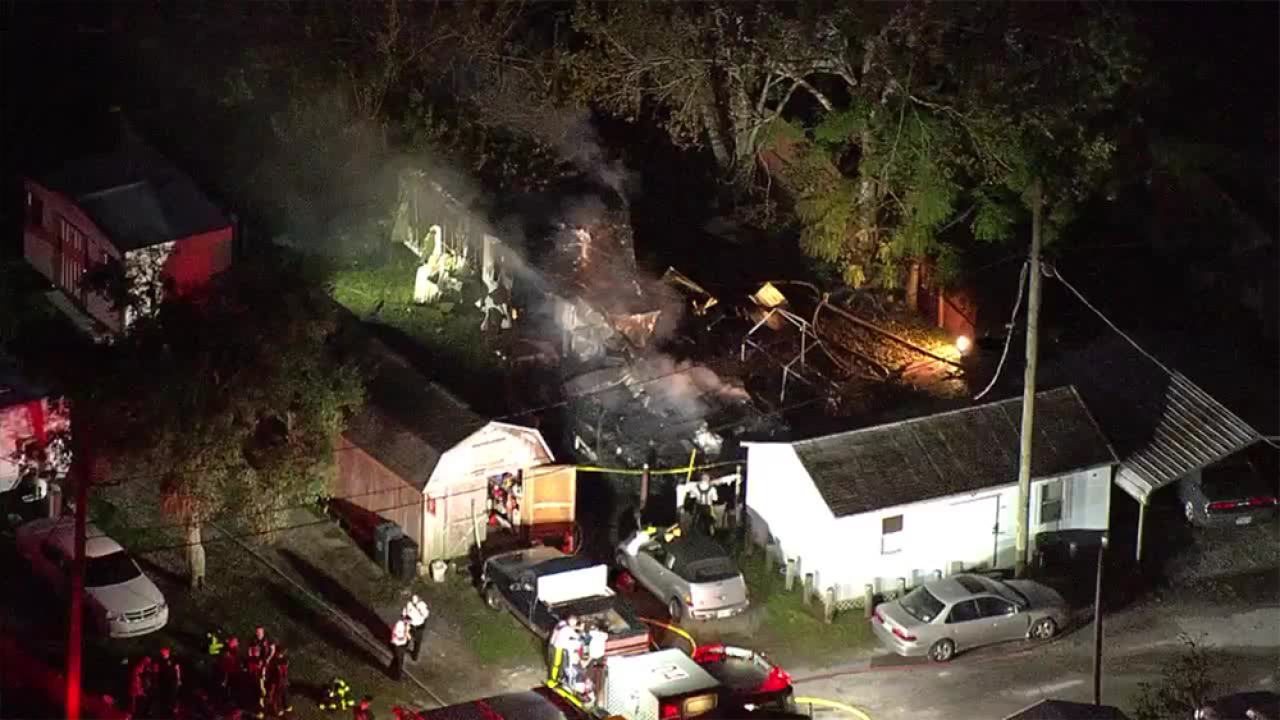 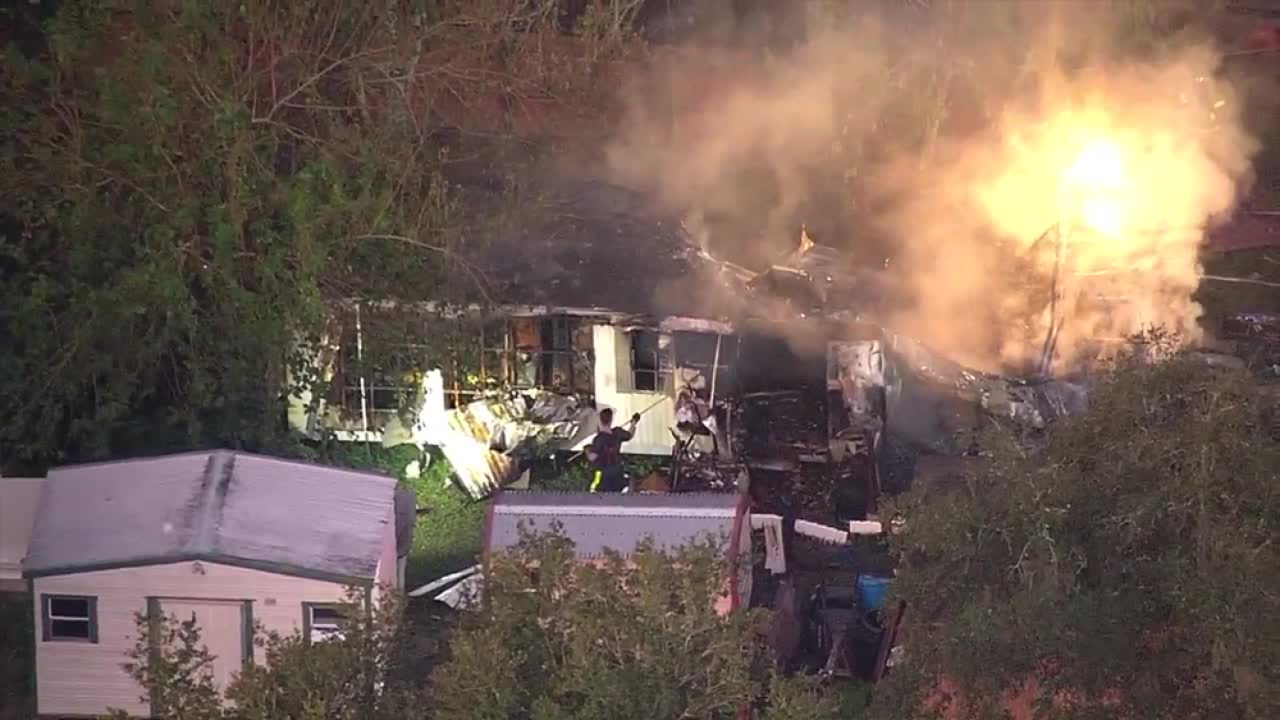 SEFFNER, Fla. — One person was killed and another injured in a mobile home fire in Seffner Friday morning

After arriving on the scene, firefighters said they found one person dead on the porch. Inside the home, another person was found with burn injuries. They were treated for those injuries and then transported to a local hospital. Both, according to officials, lived in the mobile home.

Rodney Mathews lives in the Black Dairy Rd. Mobile Home Park and woke up to hear screaming. He rushed outside and saw the burning mobile home.

Mathews said he saw a man outside, covered in burns, shouting for him to get his father out. However, he said the smoke and flames were just too much, despite his efforts to break open the trailer.

"It was just so hot, all I could say was, sorry I can't get to him," Mathews said.

"Propane tanks, it was blowing up," Mathews said. "I've never heard that sound before."

The flames took approximately 30 minutes to extinguish. Hillsborough County Fire Rescue needed to bring in tankers full of water because there are not many fire hydrants in the area.

The smoke was so thick, drivers were urged to be careful if driving westbound on I-4, just past I-75, because there was smoke lingering from the fire on the interstate.

At this time, it is unknown what caused the fire.

The state fire marshal is expected to be investigating at the site throughout the day on Friday.