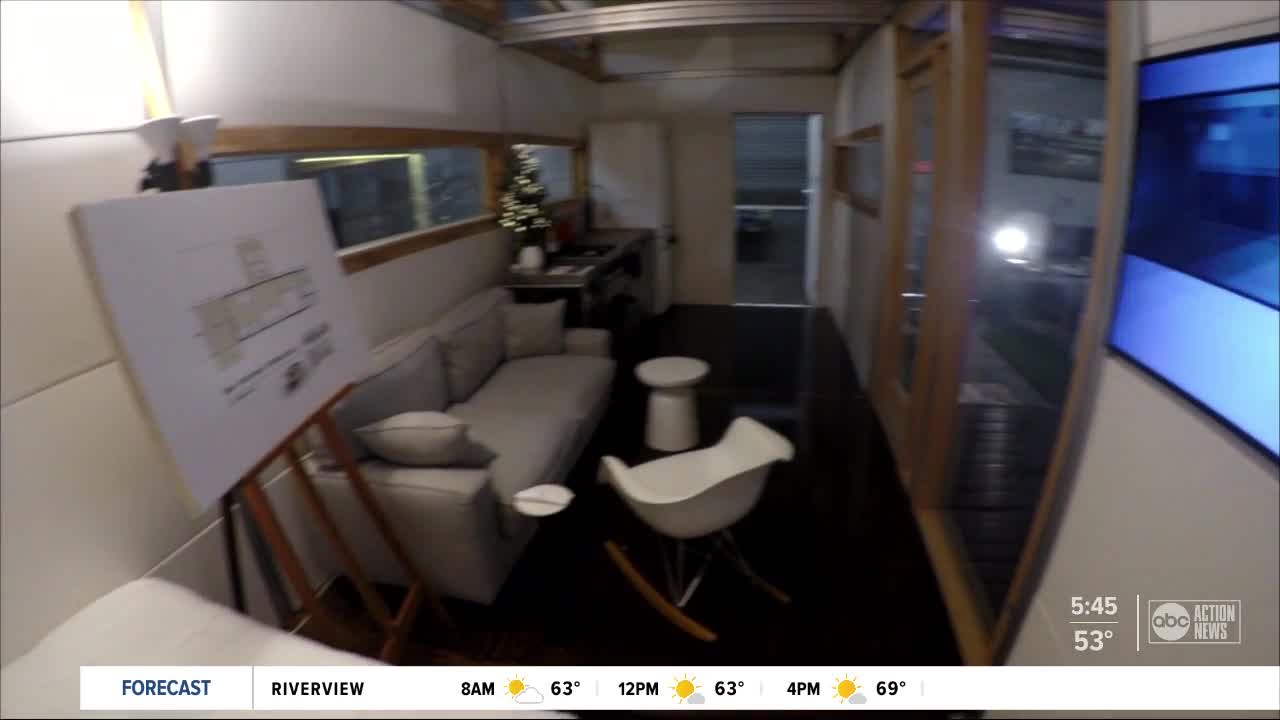 AbleNook was originally developed by USF students as a way to help with disaster relief. The developers say anyone can put an AbleNook together in a few hours without tools or heavy equipment. Story: https://wfts.tv/36cIP4X 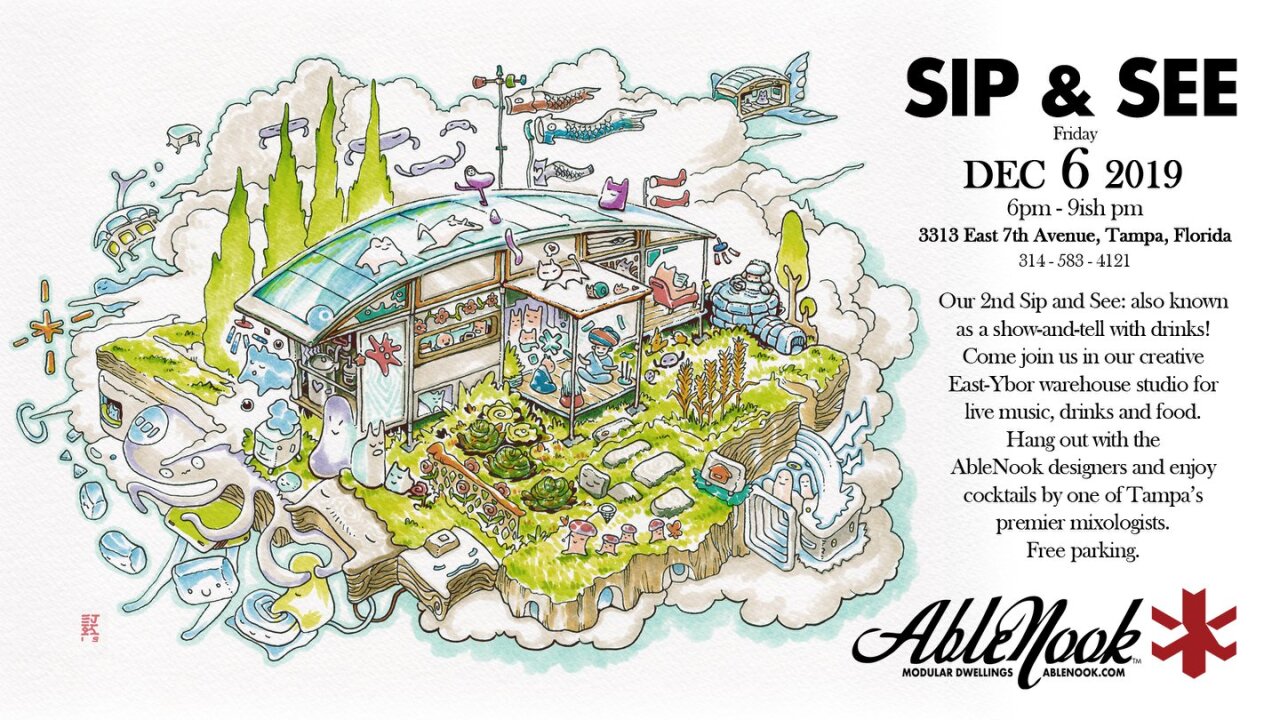 TAMPA, Fla. — A new kind of tiny home that can resist hurricanes is set to officially launch in Tampa.

AbleNook was originally developed by USF students as a way to help with disaster relief.

Fast forward to today, and we've been funded and built the real thing, called AbleNook, says Sean Verdecia, one of the developers.

Verdecia says anyone can put an AbleNook together in a few hours without tools or heavy equipment.

“It’s portable,” said Richard Cohen, business manager with AbleNook. “It can be expanded. It takes a few hours to assemble completely. No tools.”

Each AbleNook has a kitchen and bathroom pod with skylight, as well as ten-foot ceilings with loft sleep/storage.

Each are fully insulated and wind rated to pass building codes and have integrated LED lighting and electrical.

“My neighbors in Seminole Heights were super cool with my building/experimenting next to my house over the course of a few years,” Verdecia said on Facebook.

But what makes AbleNook different than your traditional tiny home is that it can withstand hurricane-force winds, including a Category 4 or 5 storm, Cohen says.

In the meantime, these shelters are also designed to serve as housing. Estimated early adopter incentive pricing starts at $65,000. AbleNook anticipates deliveries to begin in April, 2020.

USF still holds the patent on AbleNook and there will be an modular house on campus next year. In the meantime, Cohen says they’ve had interest from the military as temporary housing for soldiers.

The public is now invited to take a look at the newly-launched two-person modular units on Friday, December 6.

"I would like to invite our neighbors to come eat, drink and schmooze in our rustic surroundings in Ybor as a way of saying thank you for being so supportive on December 6th," Verdecia said on Facebook.