HILLSBOROUGH COUNTY, Fla. — A Missing Child Alert for an 11-month-old last seen in the Gibsonton area was canceled after the child was found safe.

Fabian Hernandez-Morales is 11 months old, 2'5" tall and weighs 25 pounds. He has black hair and brown eyes.

The child may have been in the company of his biological mother Martha Morales-Santizo, 26. She has since been located and arrested. She will reportedly be charged with multiple criminal charges. 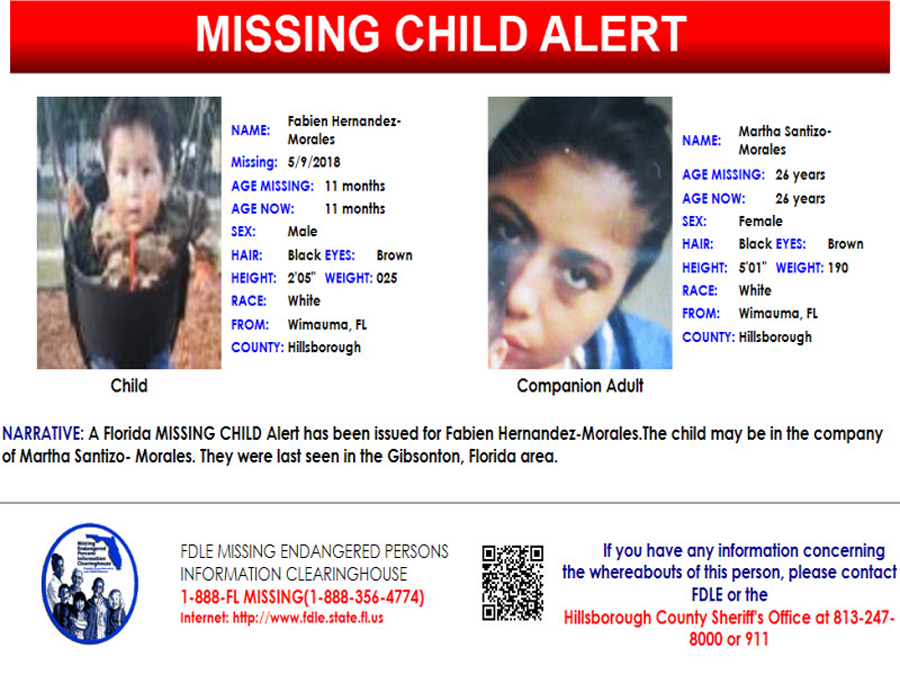 At about 5:30 a.m. Wednesday, Morales-Santizo threatened to harm herself and her child after a domestic dispute with the boy's father. Authorities say she has ties to Tampa and Gibsonton, but they have not confirmed whether or not they are traveling in any vehicle.

They are from Wimauma but were last seen in the Gibsonton area.