SEFFNER, Fla. — Detectives arrested a man they say bought a motorhome with a $246,445.51 check that later turned out to be worthless.

When staff at Lazy Days tried to process the check given to them by 59-year-old Robert Schneider it was returned to them. Detectives say Schneider handed over the worthless check before driving off the lot with a 2014 Winnebago motorhome. 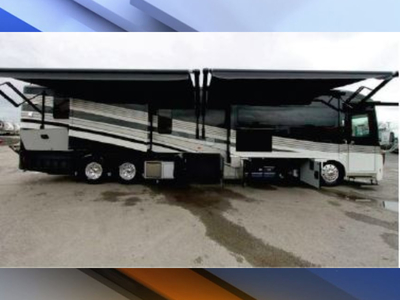 Detectives provided pictures of the same model as the stolen motorhome. Thanks to pictures of the motorhome, and the suspect who took it, the RV and suspect were located on Friday night in Oakland Park, Florida.

The Winnebago will be picked up by managers of Lazy Days from an impound lot.

Meanwhile, Schneider is awaiting extradition from Broward County back to Hillsborough County, where he will be held on $150,000 bond for First Degree Grand Theft.