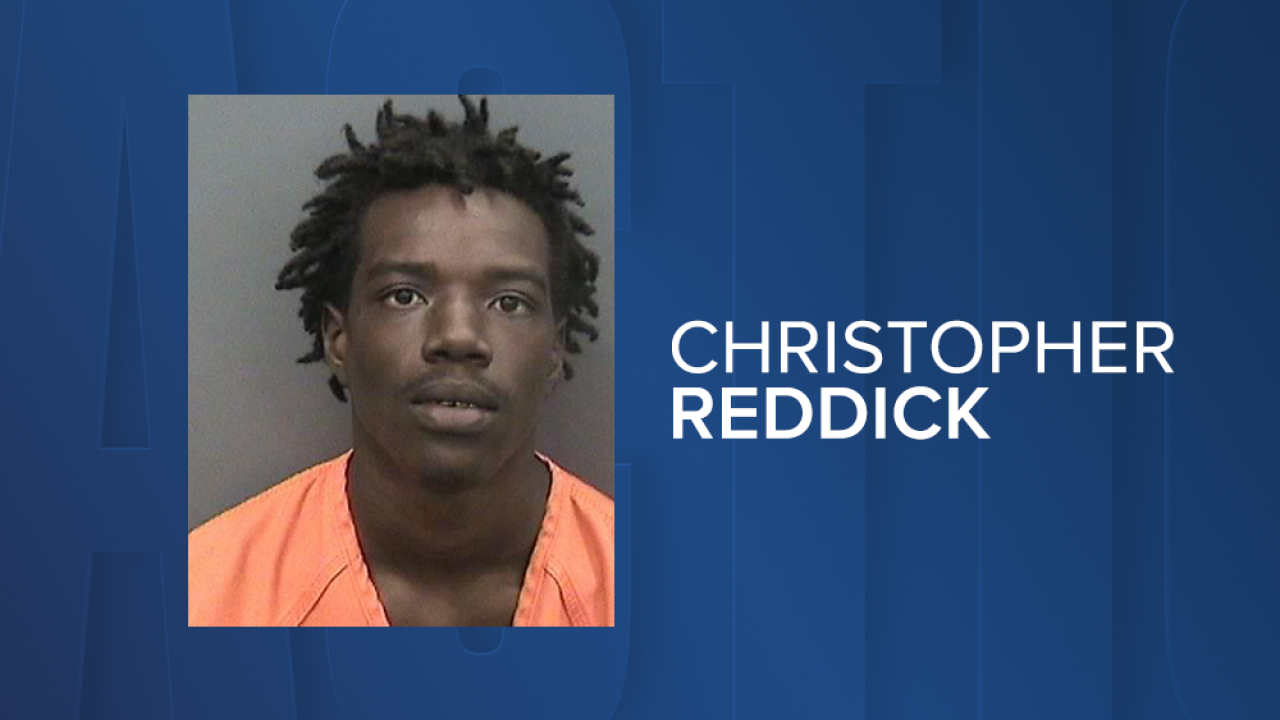 TAMPA, Fla. — A man was arrested after deputies say he burned a child with boiling water in February.

The Hillsborough County Sheriff's Office said on Feb. 5, deputies responded to Tampa General Hospital for a report of a 3-year-old with multiple second-degree burns.

The burns happened on Feb. 4. at an apartment on Silver Run Drive in Tampa.

Deputies met with the child's mother who was at work at the time of the incident. The mother said her boyfriend Christopher Reddick, 19, boiled a pot of water on the stove for the child's bath after he used all of the hot water for his shower.

When detectives confronted Reddick about his account of the incident, he became argumentative and left.

ER doctors said the child's severe burns appeared to be consisted with being submerged into the hot water.

Reddick was also charged with carrying a concealed firearm and possession of a firearm with a serial number removed, after detectives found a loaded gun with the serial number scratched off in his pocket.

"I am sickened by the thought of someone intentionally hurting a young child. Christopher Reddick's actions could scar this child for life, both mentally and physically," said Sheriff Chad Chronister. "It is so important for parents to be careful with who they allow to care for their children. We cannot and will not allow people to harm the most innocent members of our society."