Gasparilla 2022: Everything you need to know about the annual Pirate Fest

A Valrico third grader is using an indoor skydiving facility as a way of therapy, that has helped him get off medication for several disorders.

VALRICO, Fla. — A Valrico third grader is using an indoor skydiving facility as a way of therapy, that has helped him get off medication for several disorders.

Ben Lammon, 8, was diagnosed with auditory processing and a sensory disorder that impacted him in social settings at school and his school work. 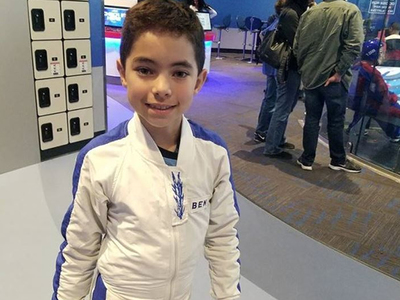 The different diagnosis would make him process sentences and words differently than most people.

Lammon was doing weekly outpatient therapy, but nothing really clicked for him until he was given an indoor skydiving lesson as a Christmas present.

Lammon, has been visiting iFly Tampa weekly since his first visit — his mother stopped paying the $130 therapy with a doctor and instead put that money toward buying Ben minutes to fly.

“He’s doing better,” she said, “I don’t have to use medication.”

Ben’s mother says he is now excelling in school, he’s happy, and even steps outside his comfort zone by teaching other kids at iFly how to fly before they go into the wind tunnel.

Ben has worked closely with the different instructors at iFly — all teaching him different techniques, tricks, and how to maneuver the high wind speeds.

Ben has been able to get inside the wind tunnel at 100 miles per hour while flying for several minutes. 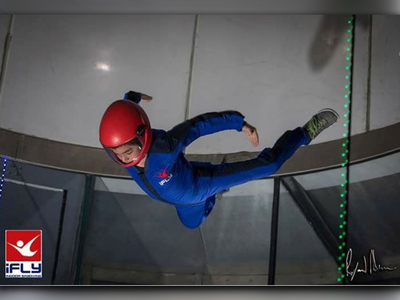 After he steps out of the tunnel, his mother says he’s calm, and able to function like any other child.

Because of the high costs, Lammon can’t keep up with the non-traditional therapy. She has started a donation center online where people donate money to help Ben fly.

As for his mother, she is planning to start a kids club for children with similar disorders to come and split the cost and minutes to help other kids excel too.