A Hillsborough County Sheriff's office employee with cancer was paid a special visit from one of the most popular professional wrestlers in the country.

A Hillsborough County Sheriff's office employee with cancer was paid a special visit from one of the most popular professional wrestlers in the country.

HCSO Communications Manager Steve Jackson, who was recently diagnosed with inoperable brain cancer, was visited on Tuesday by John Cena.

The Hillsborough County Sheriff's Office shared the photos of Jackson's visit with John Cena on their Facebook page, accompanied by the caption, "Our prayers are with you Steve." 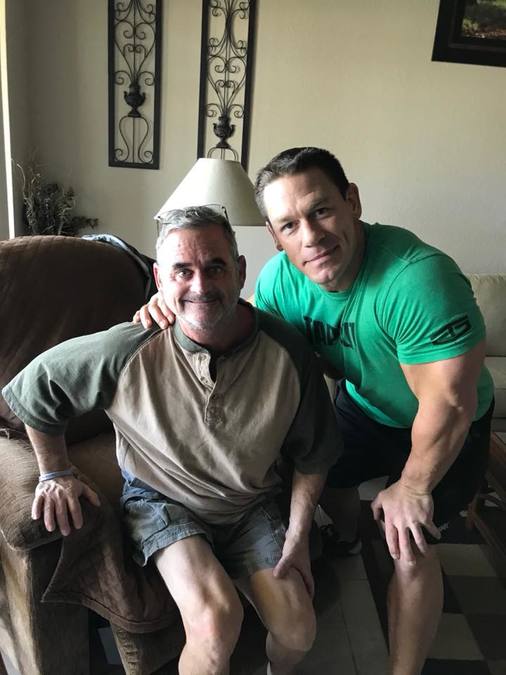 John Cena is an American professional wrestler, actor, rapper and reality television show host. He currently is signed to WWE, where he appears for both the Raw and SmackDown brands.

John Cena is a known Tampa Bay resident who has a home in Land O' Lakes.