"I thought I was dying." 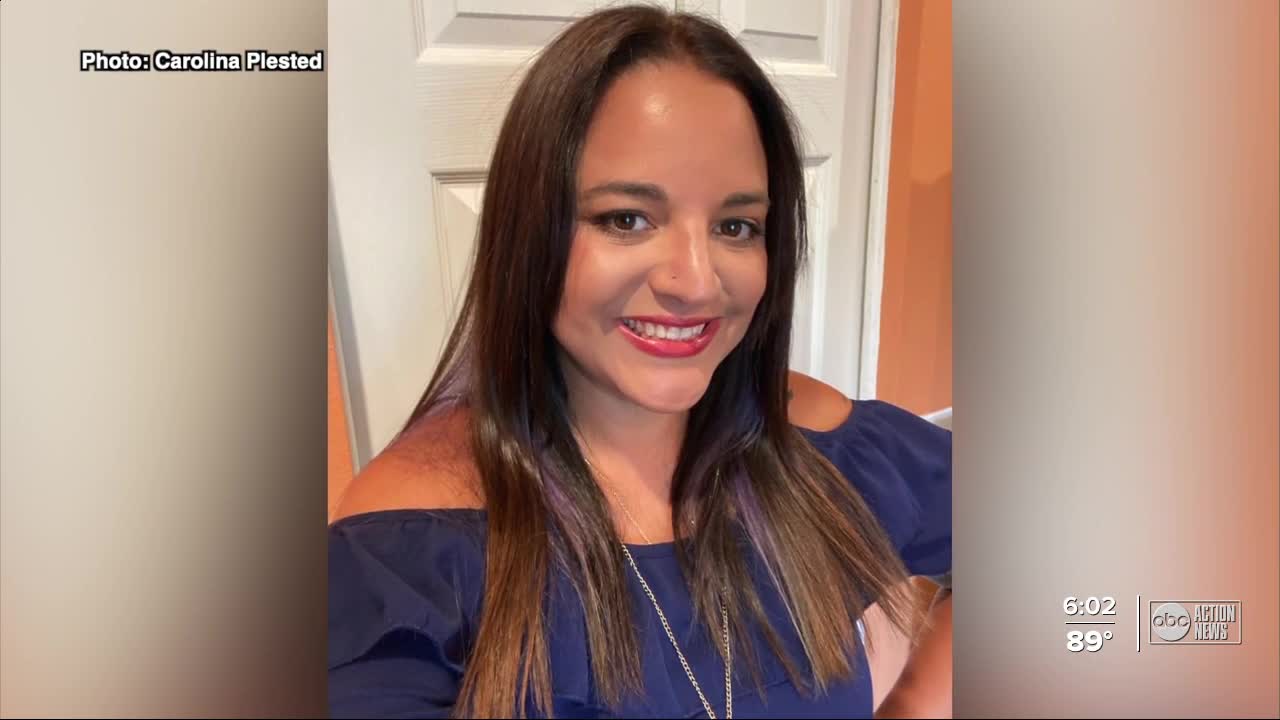 Carolina Plested, who teaches Spanish in Hillsborough County at Tampa Bay Technical High School, says her 19-day battle with COVID-19 is an ordeal others can learn from. “When you can’t breathe and there’s air all around you, I can’t even tell you how terrifying of an experience that is,” she said.

Plested, who teaches Spanish in Hillsborough County at Tampa Bay Technical High School, says her 19-day battle with COVID-19 is an ordeal others can learn from.

She admits she let her guard down as the state began to reopen. She went to restaurants and didn’t always wear her mask when running into a gas station quickly.

On July 1, she developed a cough but thought it was the Asthma she’s dealt with her entire life. Her doctor gave her some medicine but it didn’t seem to help as it has in the past.

Five days later she says a new set of intense symptoms emerged — a crippling migraine, fever and chills and a racing heart. She says it hit her like a ton of bricks.

She documented everything on her phone partly because she wanted it for her doctor but also because she says a brain fog set in and she was worried she'd forget.

On day 7, she wrote, “I am neither asleep nor awake but in a semi-conscious state, somewhere between nightmares and reality. I fear I might die in my sleep.”

“I literally felt like it was an out-of-body experience,” she said.

The next day she got tested at CVS but within 24 hours she checked in at St. Joseph's hospital’s emergency room. She says they had to put her in a wheelchair because she couldn't walk. Her test came back positive for COVID-19 on day 9.

“As the days went on, I just kept asking myself, 'When is this going to end? My symptoms kept changing from day to day,'” said Plested.

She had cramping and pain in her legs and feared a blood clot was going to form. Doctors told her she needed to stay hydrated and walk around as much as she could.

“I wish this on no one, I wish I would’ve been more careful,” she said.

It’s why on Tuesday night, she spoke during public comments at the Hillsborough County School District meeting to plead with school leaders to keep kids out of the classroom for now. She says teachers or students could bring it home to family members and it could potentially kill them.