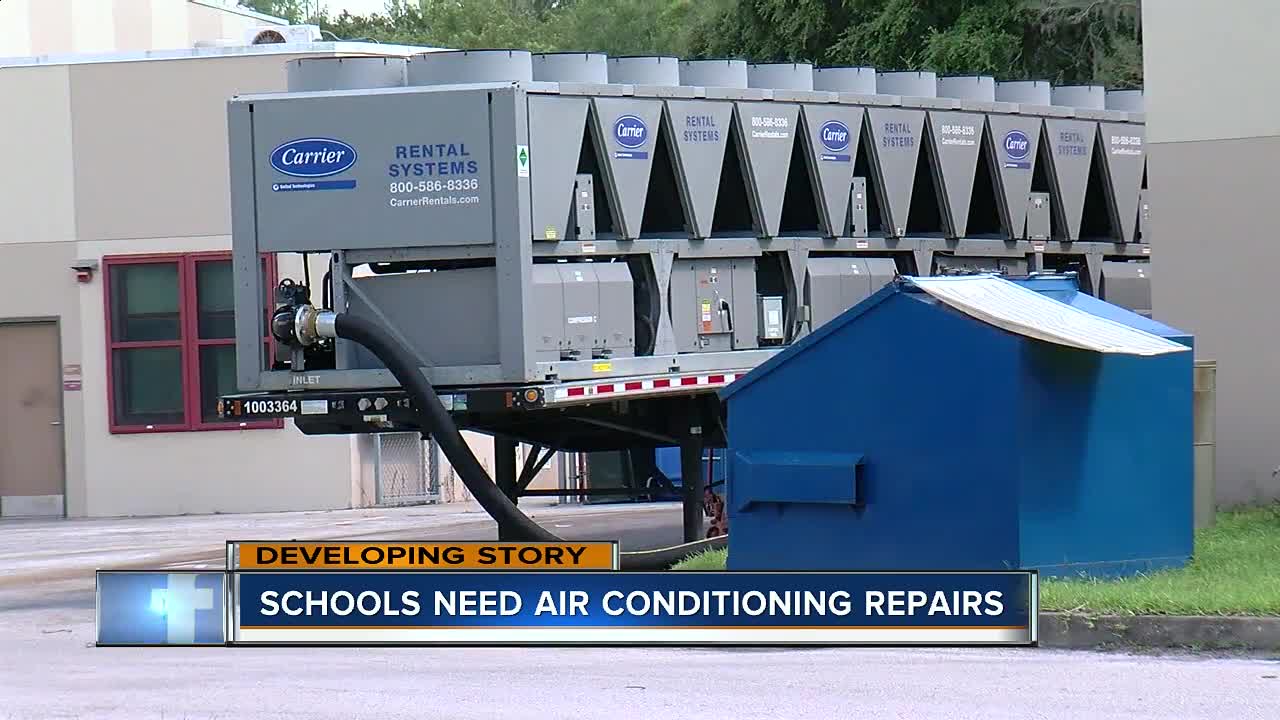 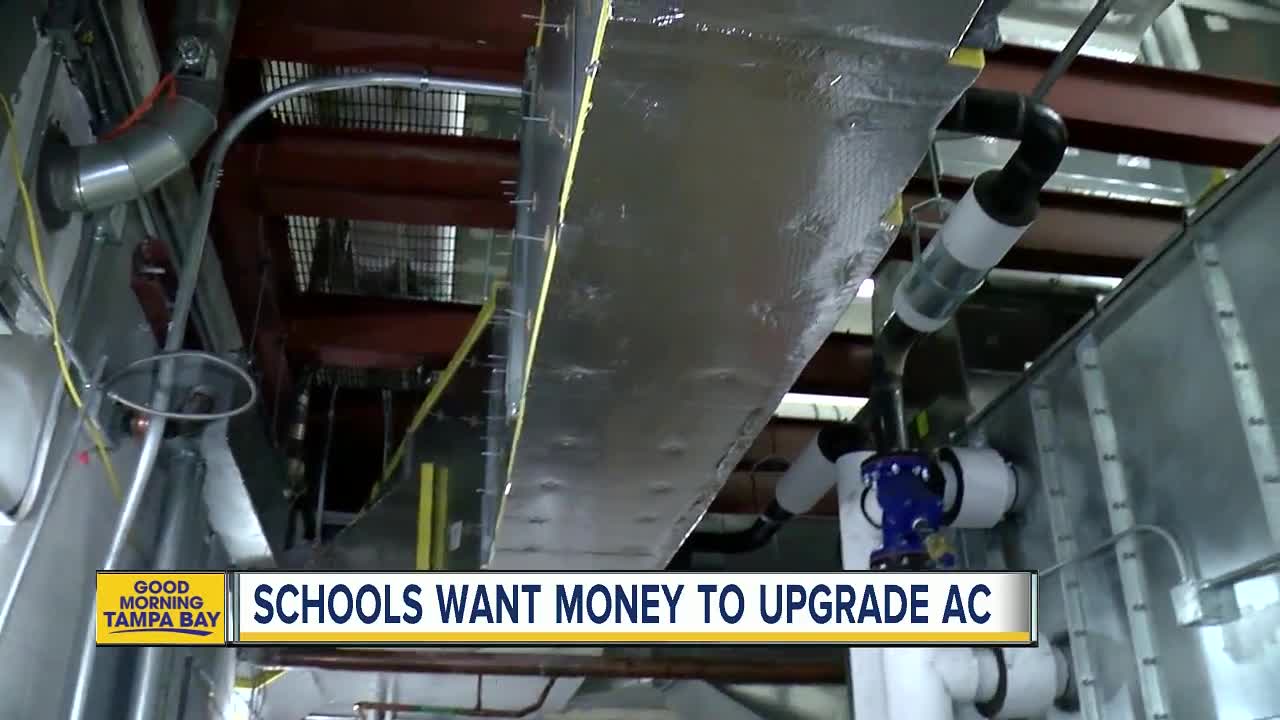 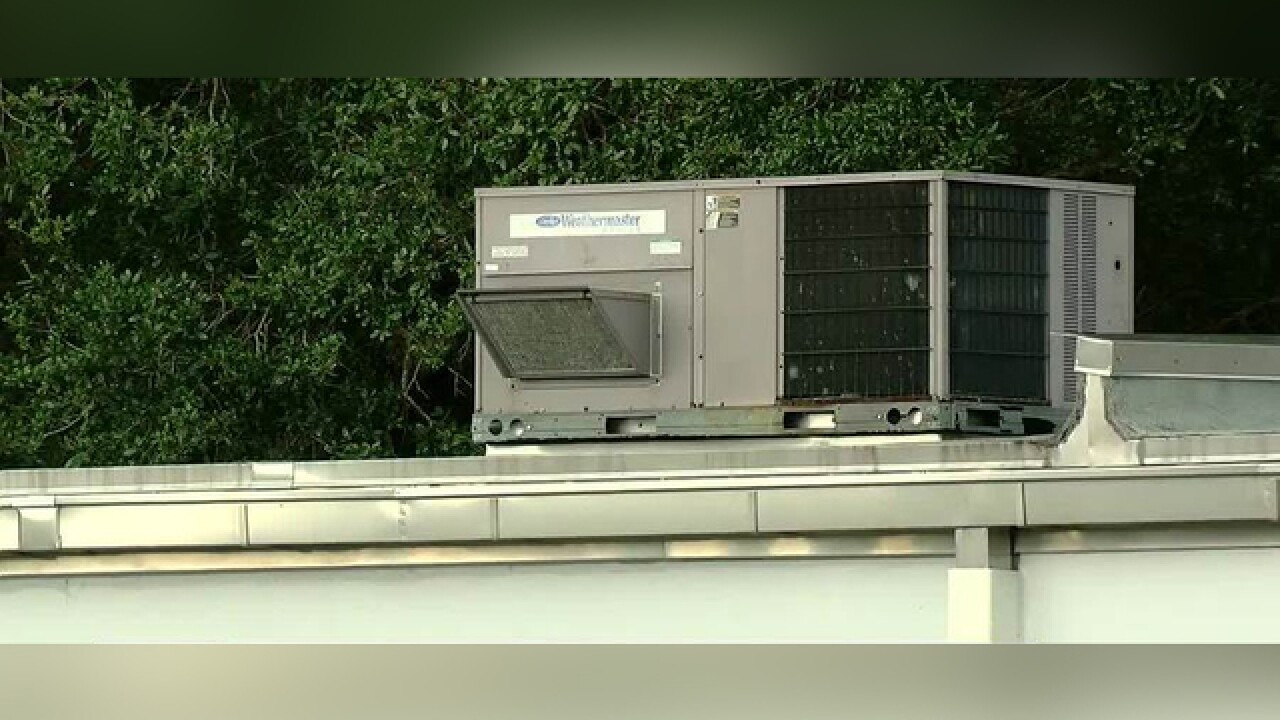 The Board of County Commissioners this morning plan to "explore ways the County can help expedite urgently needed upgrades to school air conditioners and other vital building infrastructure," according to the agenda. The discussion proposal was put forth by Commissioner Ken Hagan.

While it is a positive step, County Administrator Mike Merrill said there are a lot of other needs in the city.

“It's always magnitude, how much. We have a lot of our own unfounded needs. Stormwater, affordable housing, transportation," said Merrill.

But many parents are frustrated. They said a child's main job is to learn and they are not getting a fair chance.

“I cannot imagine going to work without air-conditioning. I can't imagine being in my car let alone being a school environment and learn," said Juliete Mason whose daughter goes to Mitchell elementary

“We are critically underfunded on a state level so we need to reach out locally that's our only hope right now," said mom Alicia Stephens.

Many parents hope to get a referendum passed adding a half cent sales tax.

The cost of cooling down the schools is steep. Action News learned that out of the 240 schools in the district, 203 need either brand new units or other maintenance, 40 schools need repairs or upgrades immediately.

Parents are pleading and said a child’s education and well being is worth every penny.

“You can't even open the windows this time of the year," said Mason.

Maintenance workers can’t keep up with repairs, so you’ll find temporary units in place at the school.

“The other day my calculus class didn’t have air conditioning. Tomorrow I’m sure it will be another classroom,” said McClintock.

That's part of the reason school district officials want to pass a proposed tax increase that would be used to fix the AC issues, as well as replace roofs, update technology and improve school security.

“When you don’t feel comfortable you are not thinking about Socrates or Aristotle, you’re thinking about when’s my next cold drink of water going to come,” said Principal Robert Bhoolai.

The Hillsborough County school district says they will use a proposed half-penny sales tax to replace or overhaul 203 AC units including the one here at Robinson.

They also say they’ll use the added $131 million a year to replace roofs, technology updates and security improvements.

The tax would be for 10 years. According to the school district, a typical family would pay about $63 more a year.

They say a portion would be paid by tourists. And the tax won’t apply to groceries or medicine.

“I, unfortunately, won’t be old enough to vote. But I’m definitely pushing for it too,” said McClintock.

Along with the school referendum, voters will decide on a one-cent sales tax increase for transportation.

If both are approved, that would make Hillsborough County’s sales tax 8.5 percent, the highest in Florida.

To learn more about the tax plan and the "information town halls" being held this month, click HERE.