High school student given Narcan after taking a hit of marijuana vape, possibly laced with fentanyl 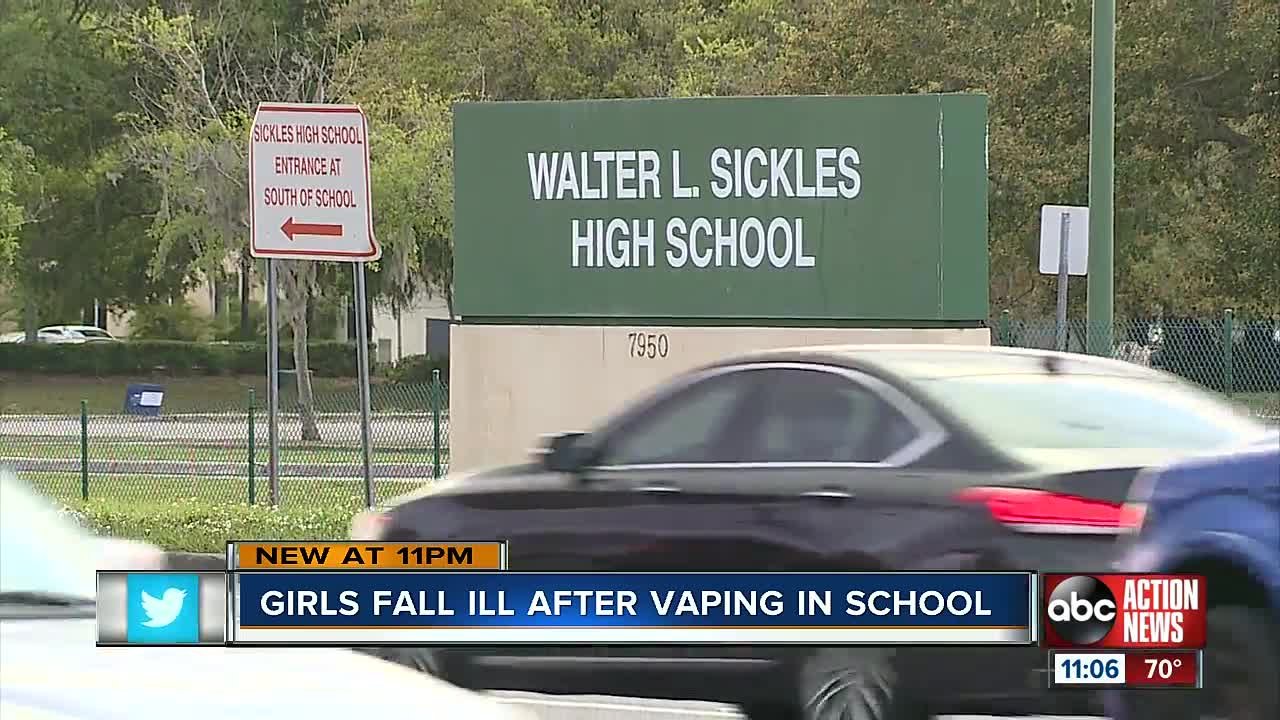 The two girls, both 14, suffered severe side effects after inhaling the substance identified by the sheriff’s office as Cannabis Sativa Resin.

In a media release the sheriff’s office said, “the two female students began suffering from severe side effects that made them both lethargic and then aggressive. One student was transported to St. Joseph's Hospital North after she was administered a dose of Narcan by emergency medical services for fear that the substance she inhaled may have been laced with Fentanyl. She has since been released from the hospital. The second student was released to her mother after refusing to go to the hospital.”

Parents received a robocall from Hillsborough County Public Schools alerting them that a student was arrested.

“It’s very scary someone got arrested because he brought some drugs to the school and two girls got sick and taken to the hospital,” Volete said.

The incident is still under investigation. It is unclear what, if anything else was in the oil-based THC and it has been sent to a laboratory for testing