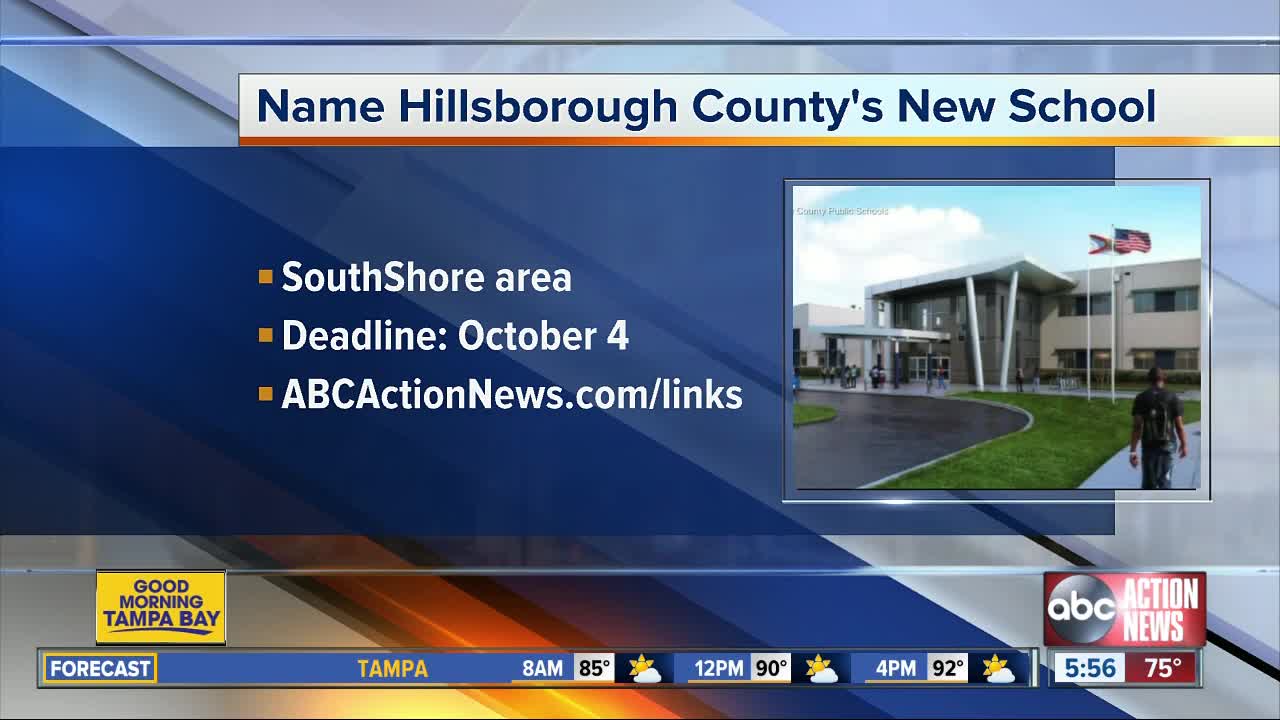 Hillsborough County Schools is asking for name suggestions for its newest high school. 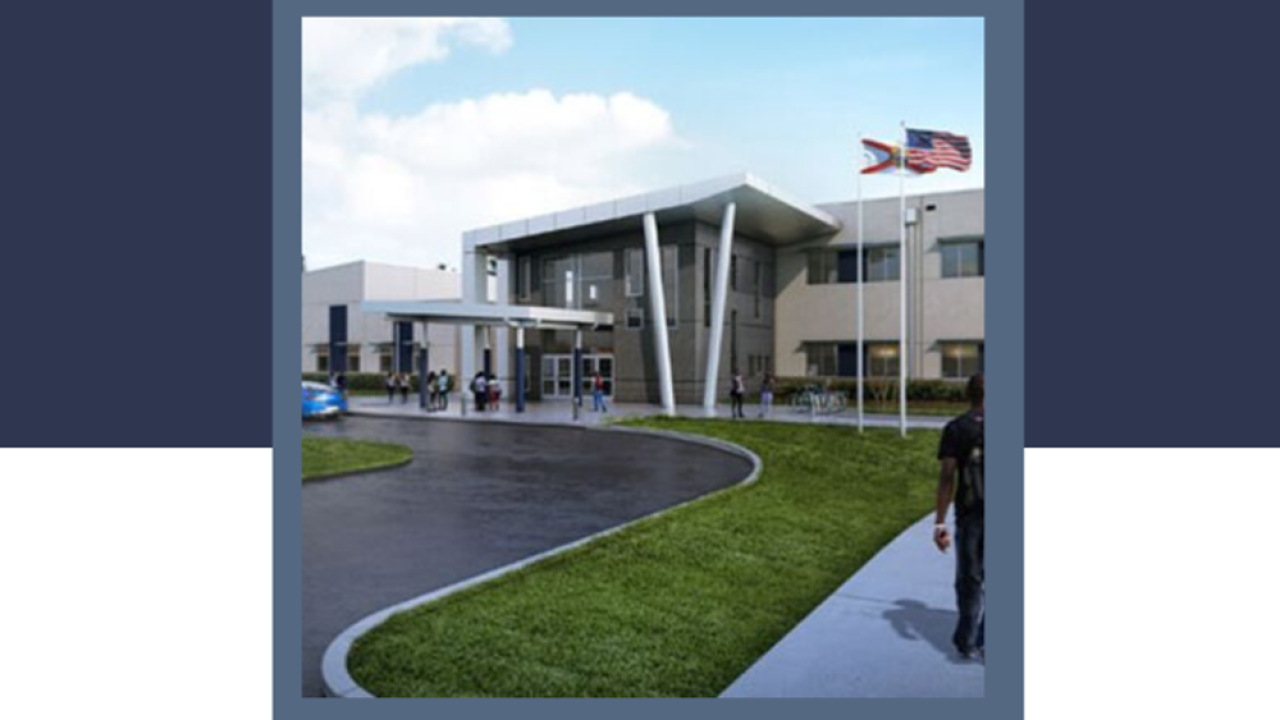 It's a high school focused on alleviating overcrowded schools, and is scheduled to open for the 2020-2021school year.

The school is located in the SouthShore area.

"(It's) the first high school being built in our district in more than ten years," Hillsborough County Public Schools wrote on their Facebook page.

You can submit name ideas through this link or through an email submission to school.name@sdhc.k12.fl.us.

You have until Friday, October 4 to submit your name recommendation to Superintendent Eakins.

SNEAK PEAK I Take a look at our new high school 🏫 being built in the Southshore area! Help us name this school and mascot! Please submit your name recommendations by filling out this survey: https://t.co/CWgpMeWheg
Or send an email to: school.name@sdhc.k12.fl.us @Jeff_Eakins pic.twitter.com/j7xUjT3gcQ

"A few of you have asked about the process, so here is our district's policy on school names (covering which names qualify and the process of selecting one):

School Board Policy 7250 - Commemoration of School Facilities
School sites and facilities shall be named for individuals who have rendered outstanding public service to public education, for geographical locations, and for groups and clubs as indicated:

Elementary, middle, and secondary schools - for U.S. Presidents, school board members, educators, outstanding citizens and geographical locations. An elected official proposed for a school name shall have left public office for a period not less than five years. No candidate for public office shall be considered. A new school shall not be named until the boundaries for that school are set.

A. Other facilities, such as libraries, playgrounds and stadiums - for educators, outstanding citizens or for groups or clubs which assisted most in the establishment of the facility
B. If a school is to be named by its location in the community, the name(s) proposed should be descriptive and of reasonable length
C. Suggested names shall be submitted in writing to the Superintendent
D. The School Board shall consider all suggested names together with names suggested by School Board members and District employees
E. The School Board may, after consideration of all suggested names, request additional suggested names
F. The School Board shall announce the deadline for acceptance of suggested names and then select the name for the school or District facility after consideration of all suggested names
G. No person shall have more than one school district site or facility named after that person
H. Once adopted by the Board, the name of a new or existing school shall be considered permanent. If the Board subsequently initiates or is called upon to consider a name change, the Board shall allow for community involvement, deliberation, discussion, and debate, prior to its taking action
I. In the vent of a merger or consideration of two or more schools, sites, or facilities, the criteria found in this policy will be used for the naming of such school site or facility