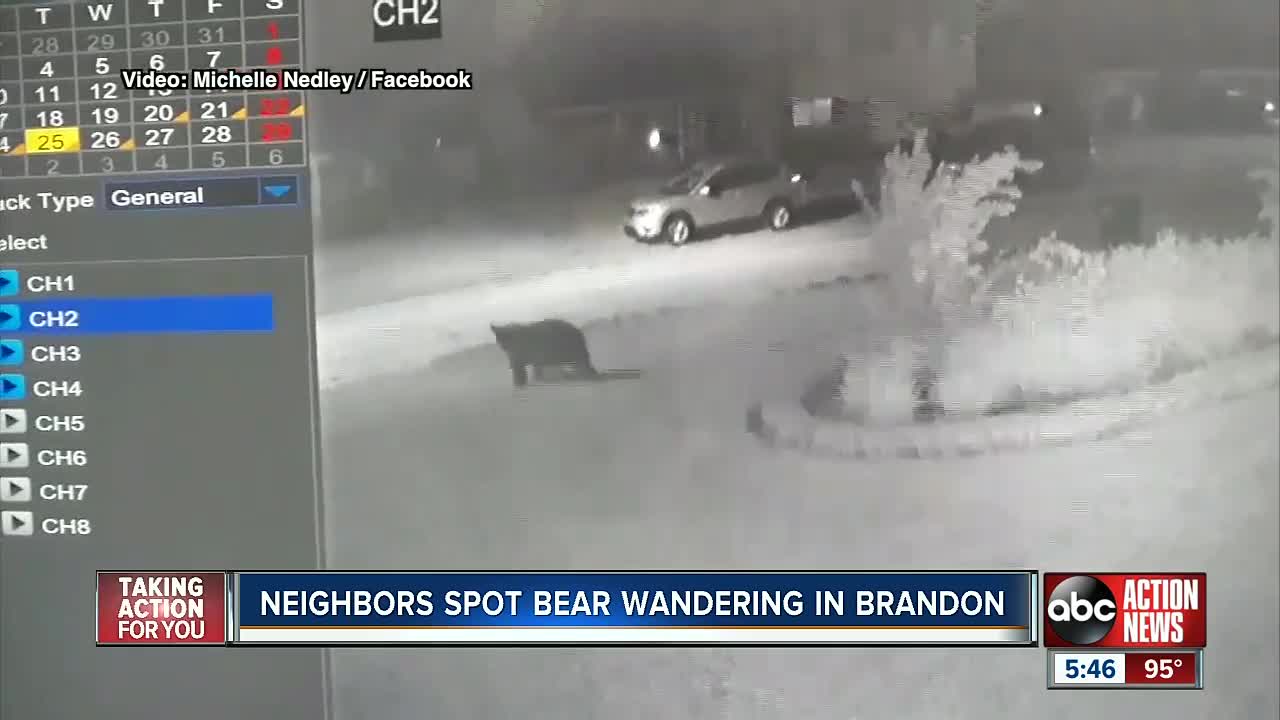 Brandon residents say a bear has been wandering through their neighborhood. 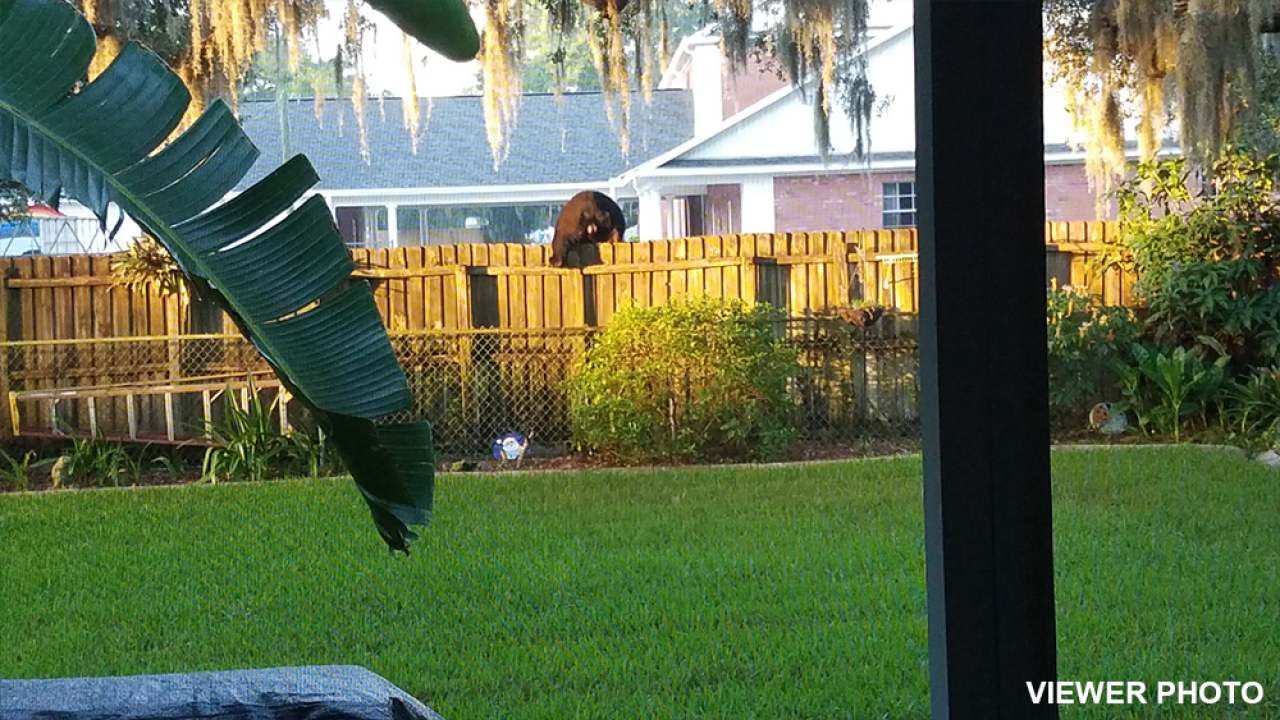 BRANDON, Fla. — Brandon residents say a bear has been wandering through their neighborhood.

Tuesday morning, a young black bear was spotted near the Brandon Hospital and again around 10 p.m. around Charles Place just under two miles away, according to Florida Fish and Wildlife.

“I have never seen bears here,” Jonathan Torres grew up in Brandon and says he’s seen wildlife along Charles Place but never bears.

Torres’ brother was the first to spot it, initially thinking it was a dog.

“I started walking towards it and I was like nope that is a bear,” Miguel Vallejo said.

Word quickly spread to others living nearby, warning neighbors through an online social groups called Brandon Word of Mouth. Pictures and videos of the black bear began to pop up.

“Look it stopped by the garbage can sniffing, did you see it?” Michelle Nedley said to her husband as the reviewed surveillance footage of their front yard.

In the video you can spot the bear casually walking through their well-manicured front lawn.

In another photo, you can see the bear trying to climb over a fence, a viewer snapping the photograph right as its behind was square to the lens.

RECOMMENDED: Black bear in Oregon euthanized after it became too friendly to tourists who fed it

According to FWC, this young black bear is the same bear Lakeland residents reported seeing seven days ago nearly 30 miles away.

FWC calls these type of bears midway bears, which travel long distances in a short period of time. Midway bears are young adults looking to re-home and find a permanent place for their adult lives.

Experts say the bear will likely keep moving west until it finds somewhere to stay. While FWC will continue to track it, they will likely leave the bear alone.

“It was just very strange seeing it here,” Nedley said.

FWC says if you see the bear, leave it alone.

If you do not want the bear to linger, they encourage you to lock up your garbage and put away pet food.