Florida man hit, killed after getting out of moving Uber on I-75 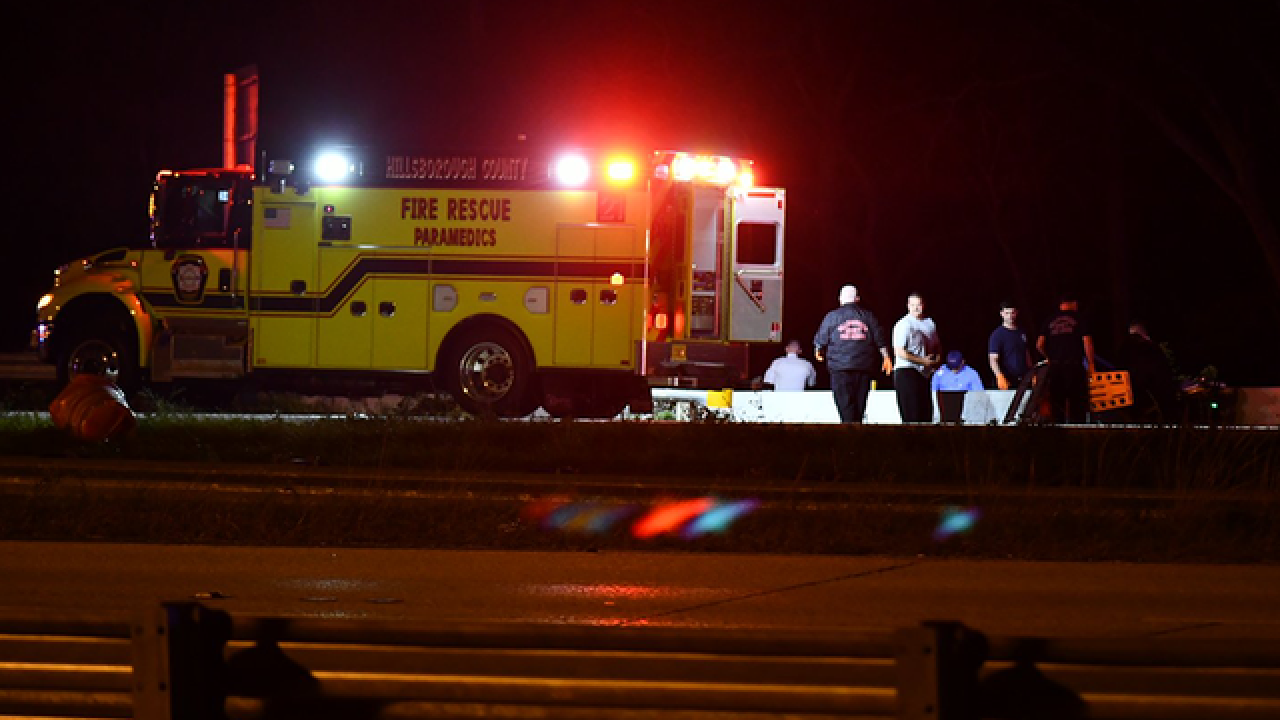 A 28-year-old Brandon man has died after he reportedly got out of a moving Uber on I-75 and was struck by two vehicles early Monday morning.

The Florida Highway Patrol is investigating the crash that closed the I-75 southbound ramp to I-4 westbound on Monday.

According to reports, at 1:44 a.m., an Uber driver was called to pick up an intoxicated person at a restaurant in Brooksville. The man, who has not yet been identified, was placed in the Uber vehicle by two men and the Uber driver started heading toward the man's residence in Brandon.

As the vehicle was traveling southbound on I-75, the man became agitated in the car and the driver attempted to stop on the outside shoulder near the exit to I-4. Before the vehicle came to a complete stop, the man exited the vehicle and stepped into the adjacent travel lane and was hit by a Nissan Versa and a Nissan SUV.

The man was transported to Tampa General Hospital where he died from his injuries.

The identity of the man will be released once next of kin is notified.