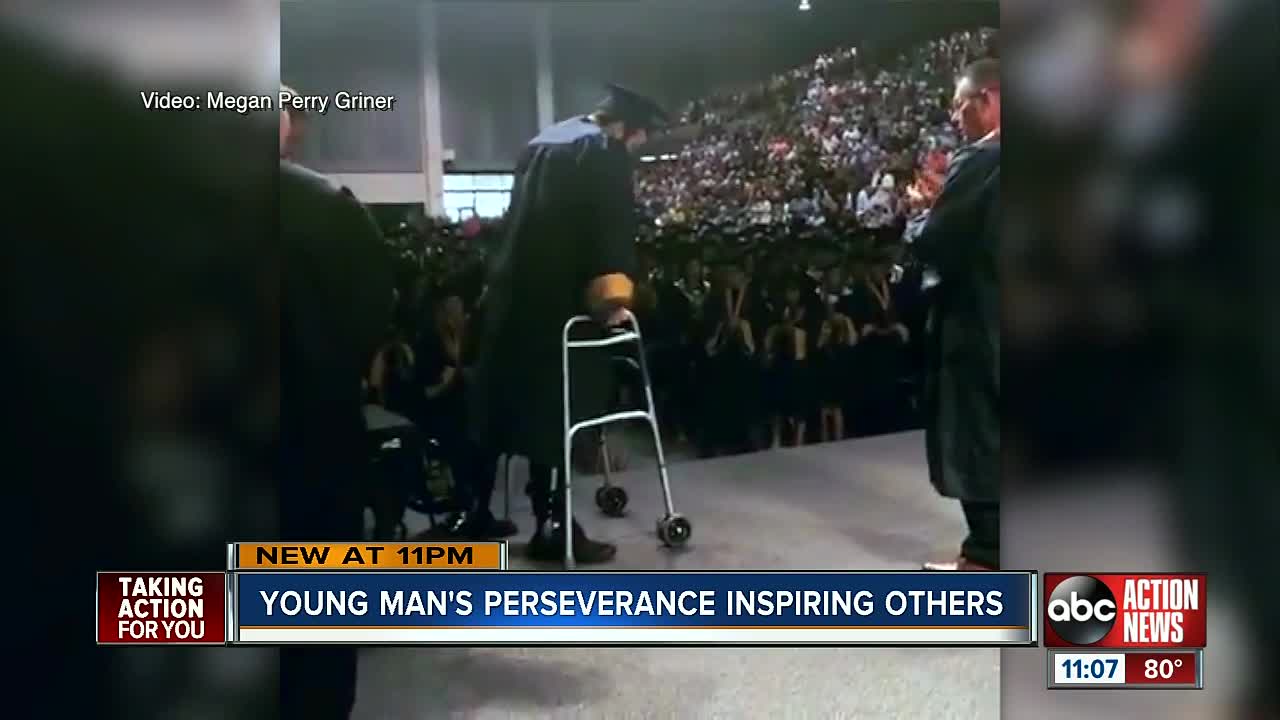 A Durant High School student, Kolton Smith, became paralyzed after a crash in June. He walked across the stage at graduation. His football coach joined him on the stage as he earned his diploma. 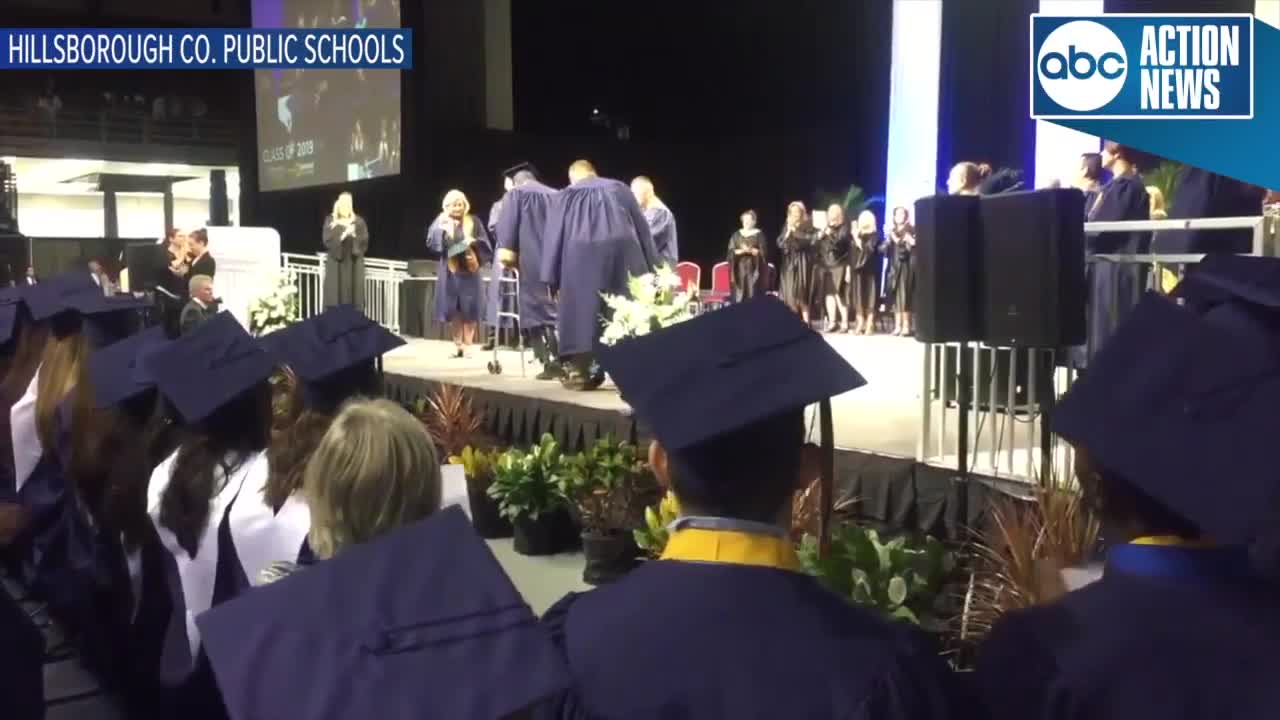 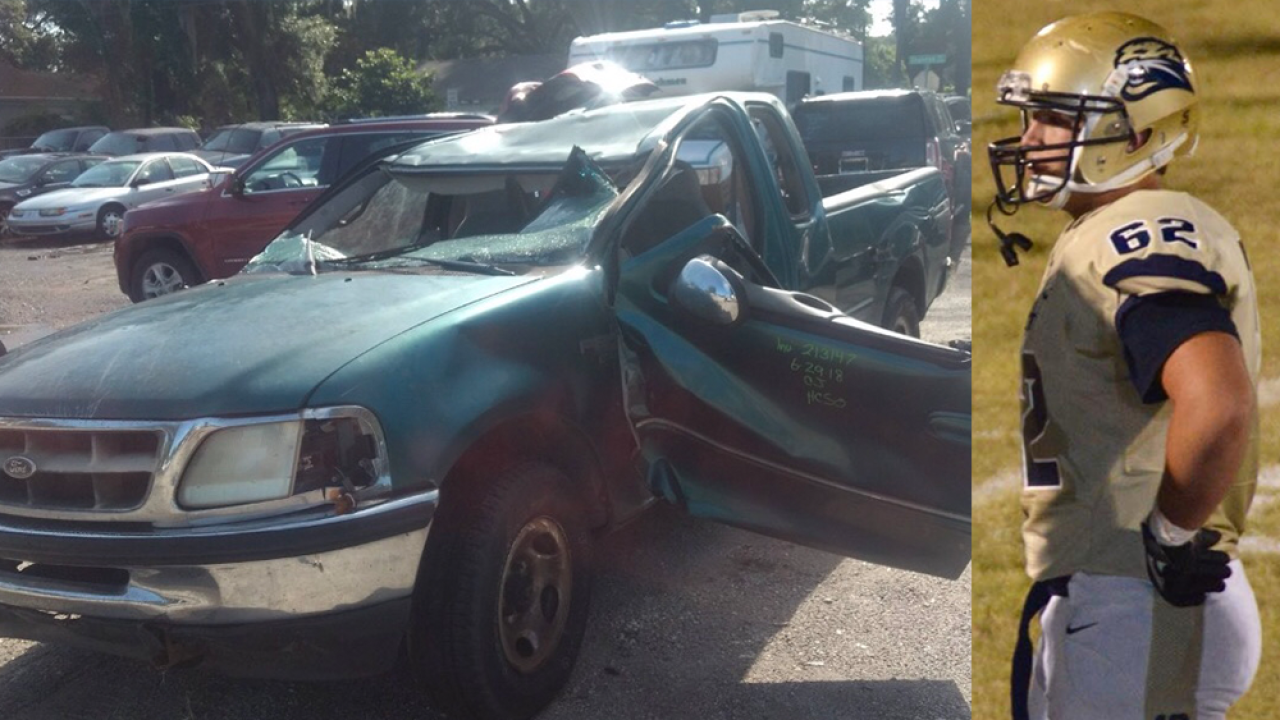 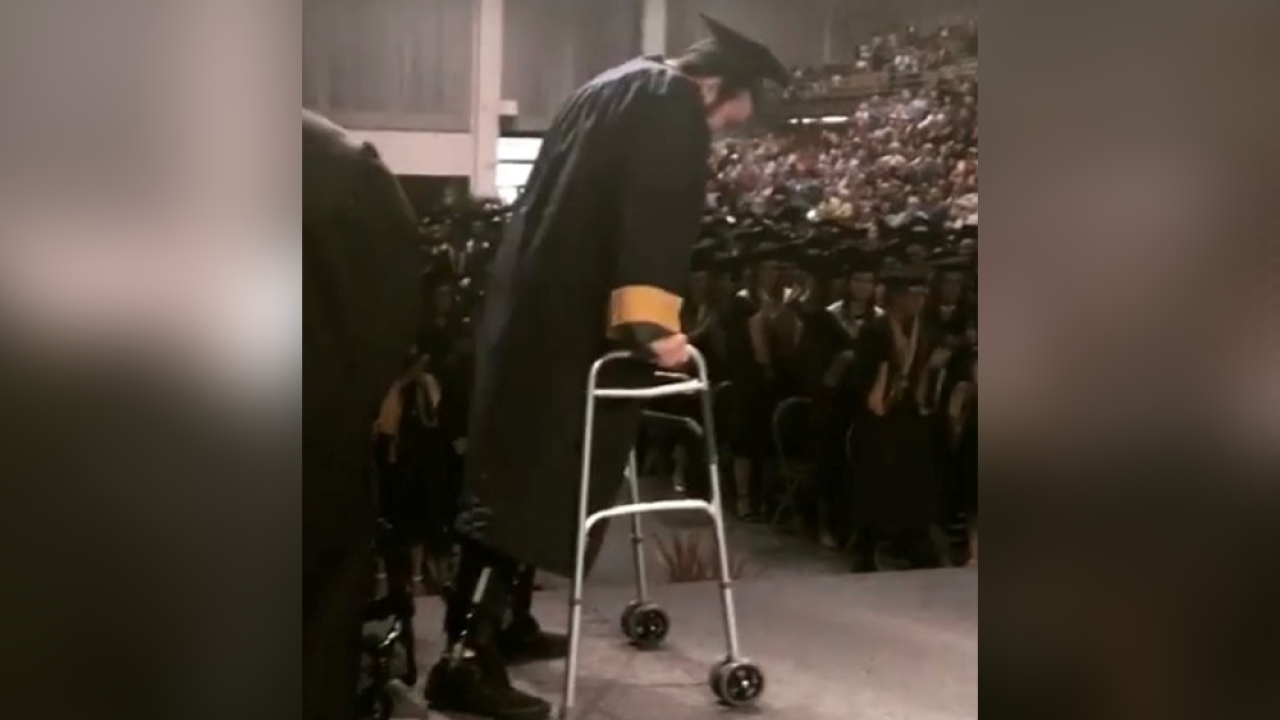 PLANT CITY, Fla. -- A Durant High School athlete who was paralyzed after a car crash walked across the stage at graduation.

"I was just focused on walking. I looked at my feet. I didn't even know everyone was standing," said Kolton Smith.

The 18-year-old said he did not noticed the standing ovation his classmates gave him. Smith was focused on his feet. His football coach, Wesley Wyatt, joined him on stage.

Coach Wyatt was seen on cellphone video pushing Smith's wheelchair but Smith did not need it.

"When I was on stage and I heard everyone scream when I stood up, I was like 'woah!' I just smiled. I couldn't do anything but smile," said Smith.

MUST SEE: Kolton became paralyzed after a horrific crash less than a year ago. This week, he walked across the stage at graduation👏👏👏

Smith was in a crash in June. He admits he was not fully paying attention to the road. It had rained and he lost control of his truck.

He was not wearing his seat belt and was ejected from his truck. His truck flipped landing on its roof.

Smith became paralyzed from the waist down.

"The next thing I know, I was on my back looking at the sky," said Smith.

"I thank God every day for letting me stay on this earth," he added.

Smith shared his story hoping to inspire others. He also encourages people to always wear their seat belt.

"If I wore my seat belt, I wouldn't have been in this position at all," said Smith.

Smith played football at Durant High School and wanted to join the military.

Smith said his plans have changed after the crash. He plans to attend Southeastern University and earn a business degree.

"If you have an injury, you can overcome anything you want," said Smith.

Smith said he is grateful to his friends, family and strangers who supported him.

"God is right next to me, every step of the way and he helps me through everything," said Smith.

To learn more about Smith's journey visit his GoFundMe page .