Dogs were found at a home on East 8th Avenue 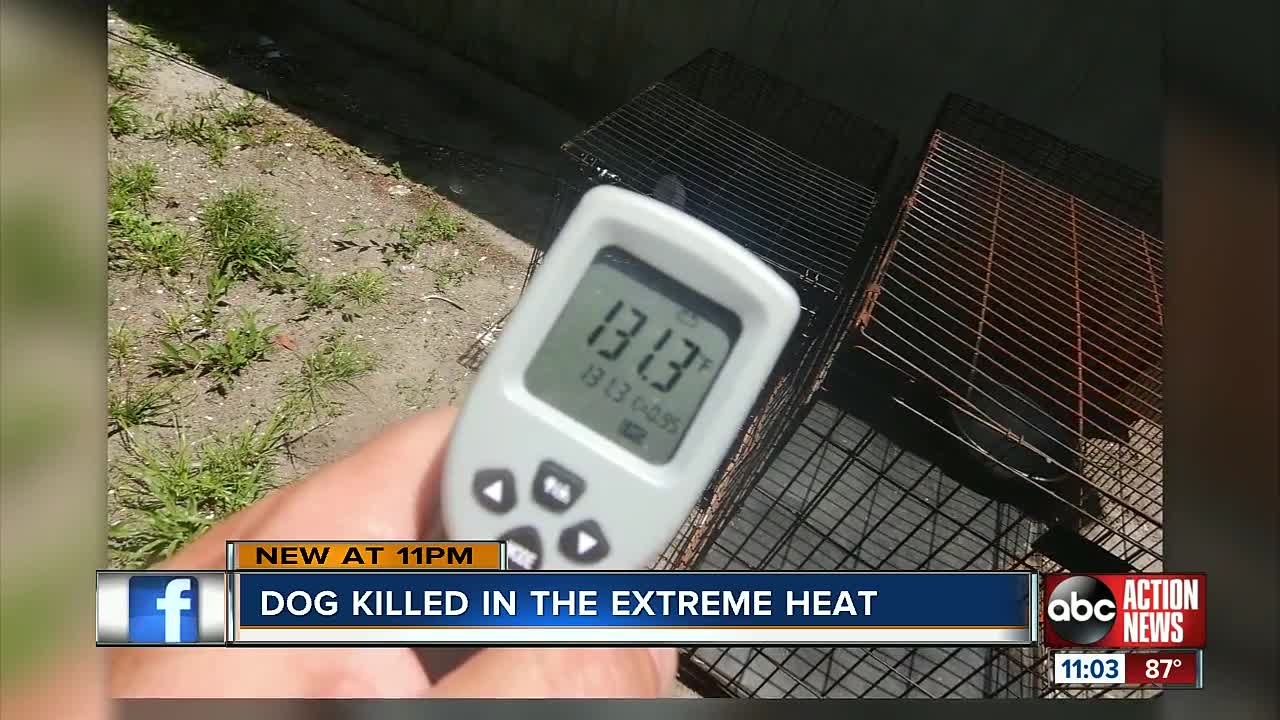 Hillsborough County Animal Control officers found a deceased dog inside a crate on E. 8th Avenue in Tampa. Two other dogs were barking inside a utility closet. Temperatures reached more than 125 degrees. 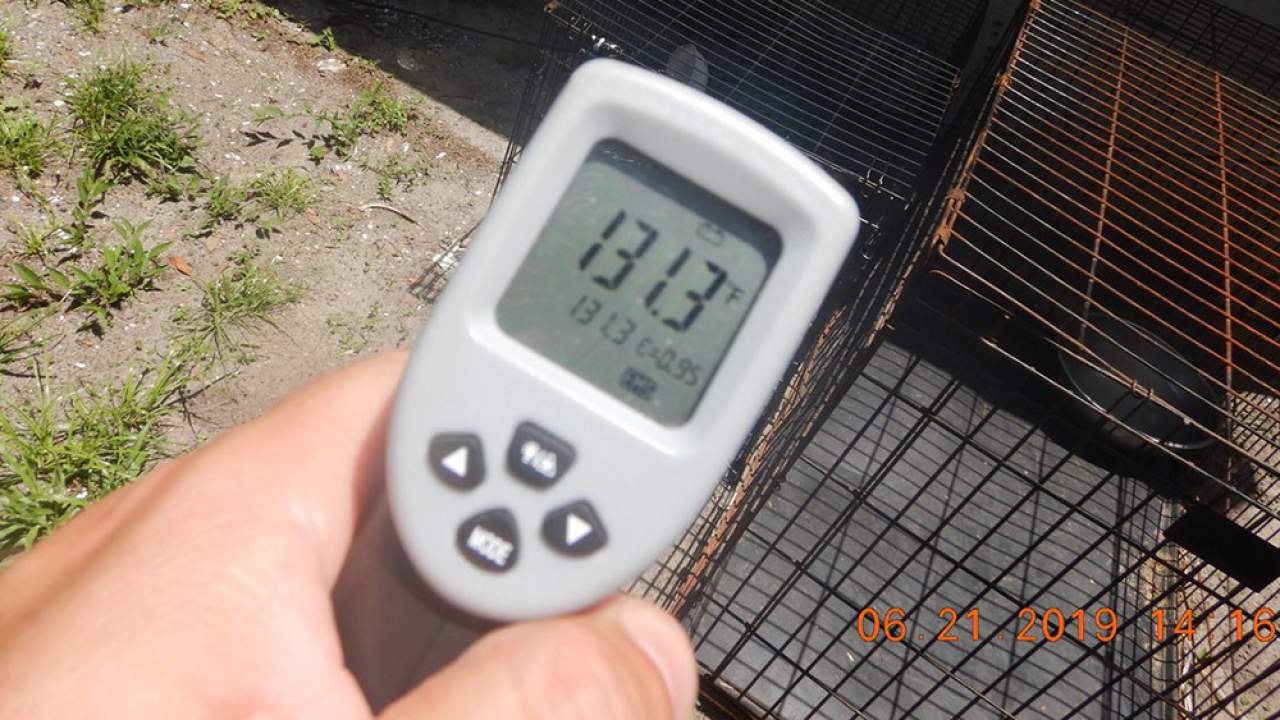 TAMPA, Fla. -- A Tampa man is facing animal cruelty charges after a dog was found dead in a crate at a home in Tampa.

The Hillsborough County Animal Control responded to a house on East 8th Avenue in Tampa.

An animal control investigator took the temperature around the crate and it registered at 131.3 degrees Fahrenheit.

"We realized right away it was a heat issue because of where the dog was sitting, sitting in the sun in a kennel and that dog was deceased," said Roger Mills, Director of Hillsborough Animal Control.

Animal Control responded to a home on 8th Avenue East in Tampa and found a dog dead inside a crate. The crate was 131 degrees. Two other dogs were found alive in a utility closet. It was 126 degrees inside that room. The two dogs were rescued. pic.twitter.com/OEOgJYzXqh

According to a report from the Tampa Police Department, "The crates were in direct sunlight. One large crate was empty, the second smaller crate had a tan male dog deceased and locked inside. The dog did not have access to food or water."

Hillsborough animal control removed the two living dogs from the utility closet because officers were concerned the dogs could die from the heat.

"Heat exhaustion and heat stroke are really common this type of year and it can take just a few minutes with the extreme temperatures we're having," said Mallory Offner, Chief Veterinarian at Pet Resource Center.

"The temperature of the body was extremely high. It would not even read on the thermometer so the body had really overheated. The dog probably died relatively quickly," said Offner.

Offner recommends pet owners limit a dog's playtime between the hours of 11 a.m. and 4 p.m. because of the heat.

"Limit walks or any sort of playtime or exercise outdoors during the heat of the day, keep that for when the sun goes down," said Offner.

"Bulldogs, pugs, those types of breeds are more prone to heat exhaustion too because they can't cool themselves effectively as a dog with a normal nose," she added.

Nedd has bonded out of jail.

"You never know what someone's intent is, but it's certainly neglectful and under Florida statue that's just as good," said Mills.