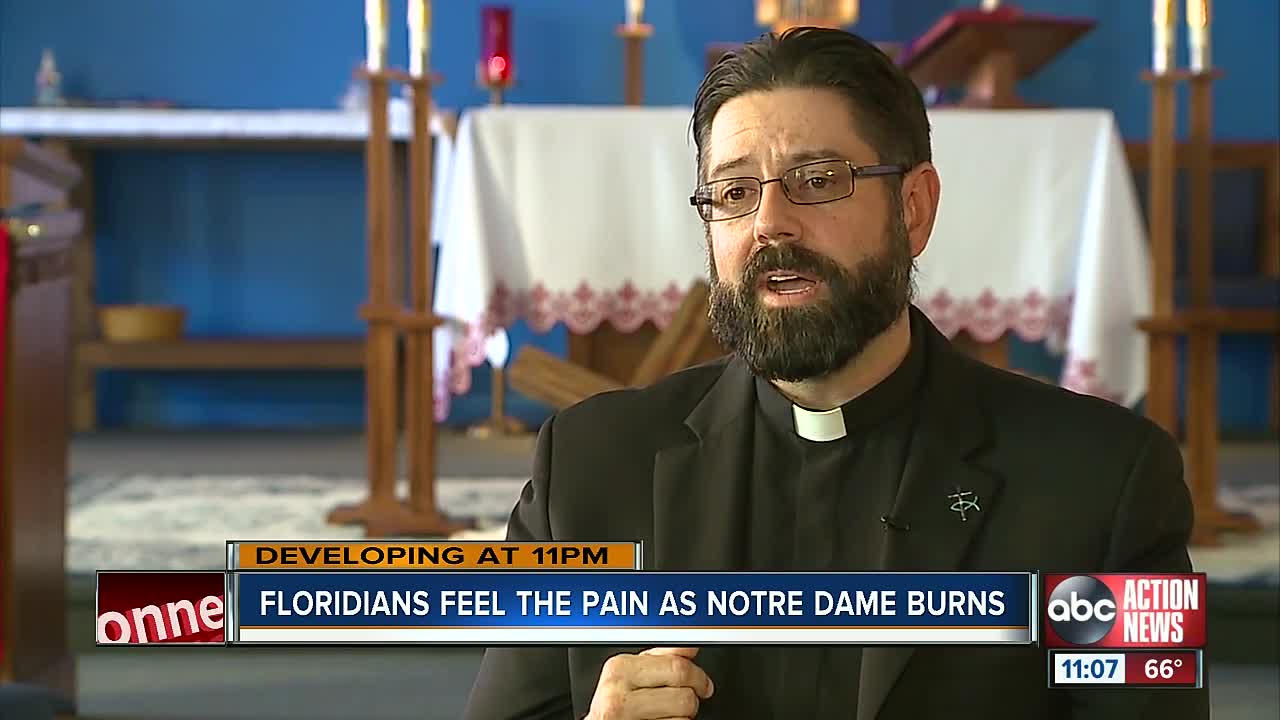 A local architect watched in horror as the church he meticulously studied in Paris as a young architect was engulfed in flames. 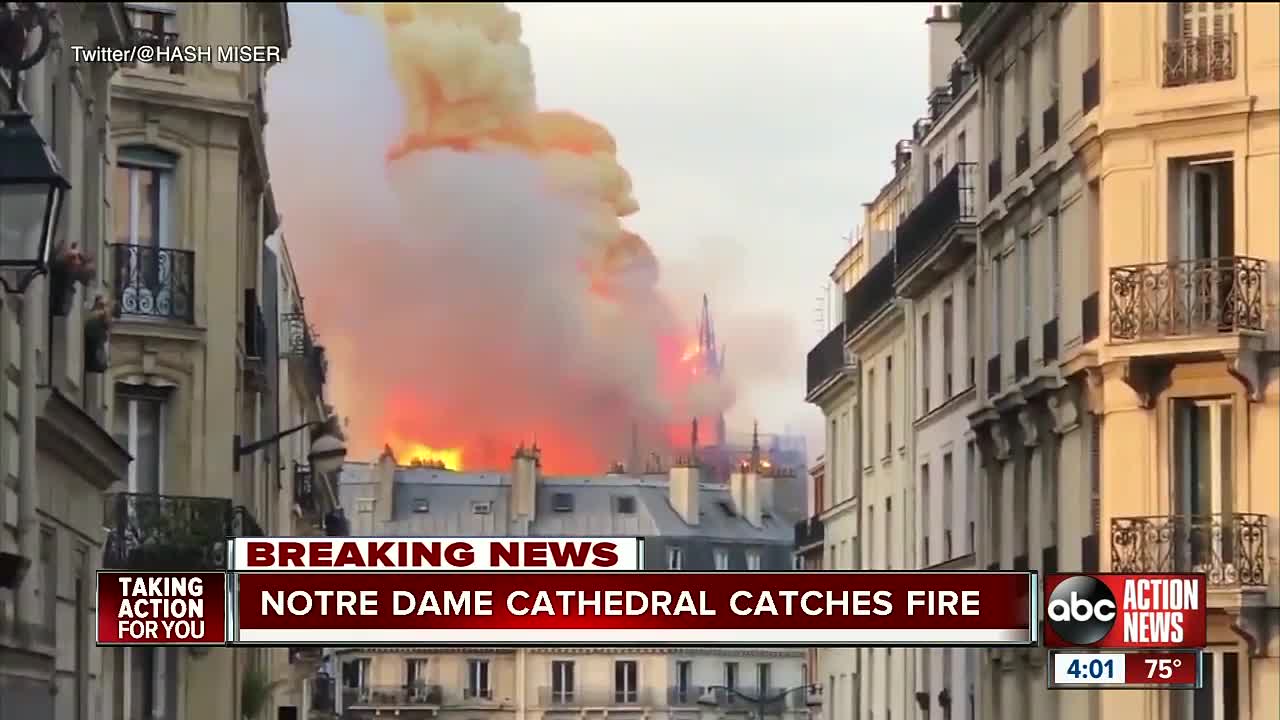 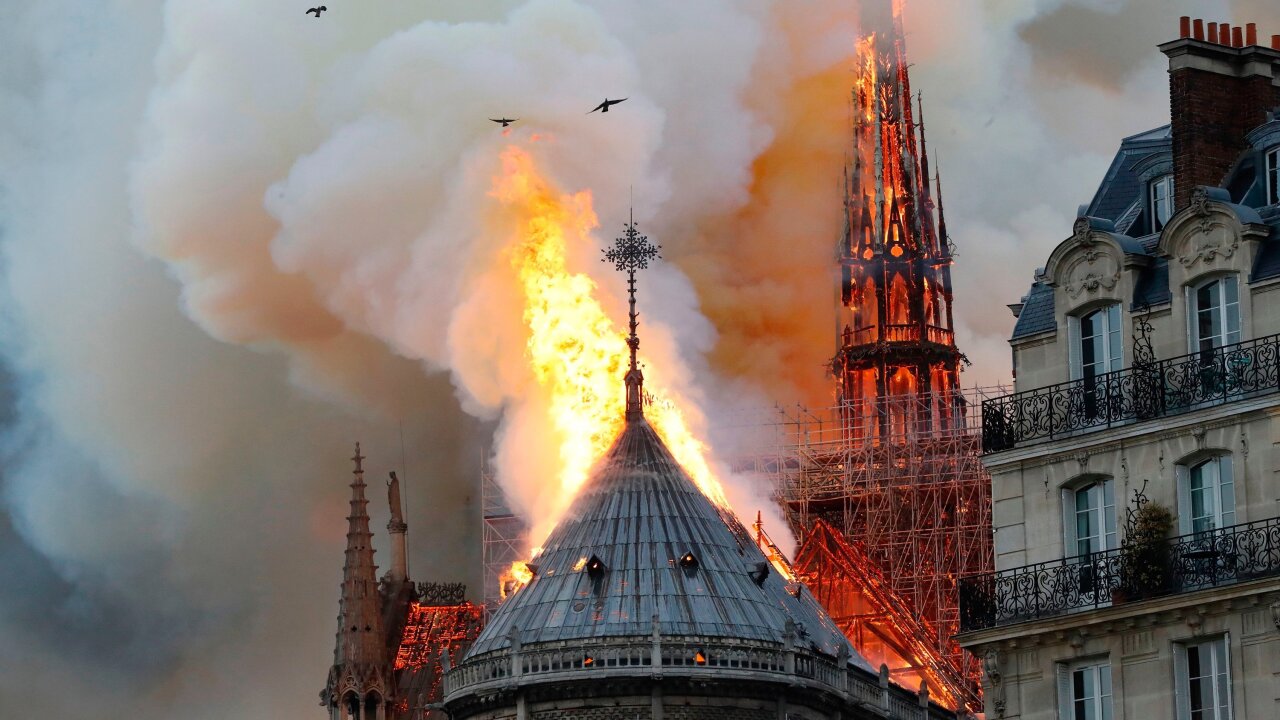 A local architect watched in horror as the church he meticulously studied in Paris as a young architect was engulfed in flames.

“I hate to think that a thousand years in history has gone up in flames,” Jonathan Moore a registered architect and President of InVision Advisors said.

Moore was a project manager and religious architect for 40 churches across the state of Florida. Notre Dame was always a cathedral he tried to mimic in his designs.

“I based some of my designs here locally on it,” Moore said.

One of those churches is Lake Magdalene in Tampa. Moore said the priest wanted high vaulted ceilings, so he designed it using buttresses similar to Notre Dame.

Moore said that even though the church is made of concrete, the heat from the fire could bring it down.

“What people don’t understand is concrete can burn concrete is just as dangerous in a fire if that fire is hot enough,” Moore said. “It’s not the concrete catching on fire that’s the issue it’s the structural failure that happens because of the heat. The flammability of that old dry wood if sparks were to get to that makes me nervous and makes me sick about what happened.”

Father Justin Paskert said Notre Dame isn’t just a symbol of the Catholic Church; it is something that connects everyone to the past.

“The amount of history at Notre Dame is utterly amazing,” Paskert said.

Paskert visited the church during his first year as a priest. It also happened to be on the 850th anniversary of the cathedral.

“Everywhere you look in that building is irreplaceable priceless things,” Paskert said. “A cathedral is by design the very heart of everybody, and I think you can find no better example of that than Notre Dame in Paris. We can rebuild buildings the thing that breaks my heart the most is thinking about all the relics all of the history.”

The cathedral was built around 1260 AD and towered over the city of Paris for centuries. Much of the facade and interior are true to their original designs.

Monday marks the start of Holy Week, the busiest and most important period of the liturgical year. Easter is on Sunday.

French President Emmanuel Macron was visibly emotional as he addressed the media outside the Notre Dame Cathedral, describing the blaze as a "terrible tragedy."

Around 500 firefighters were involved in helping to put out the fire, Macron said.

"The worst was avoided even if the battle has not been completely won," Macron said, vowing to rebuild the historic structure by utilizing "the best talents."