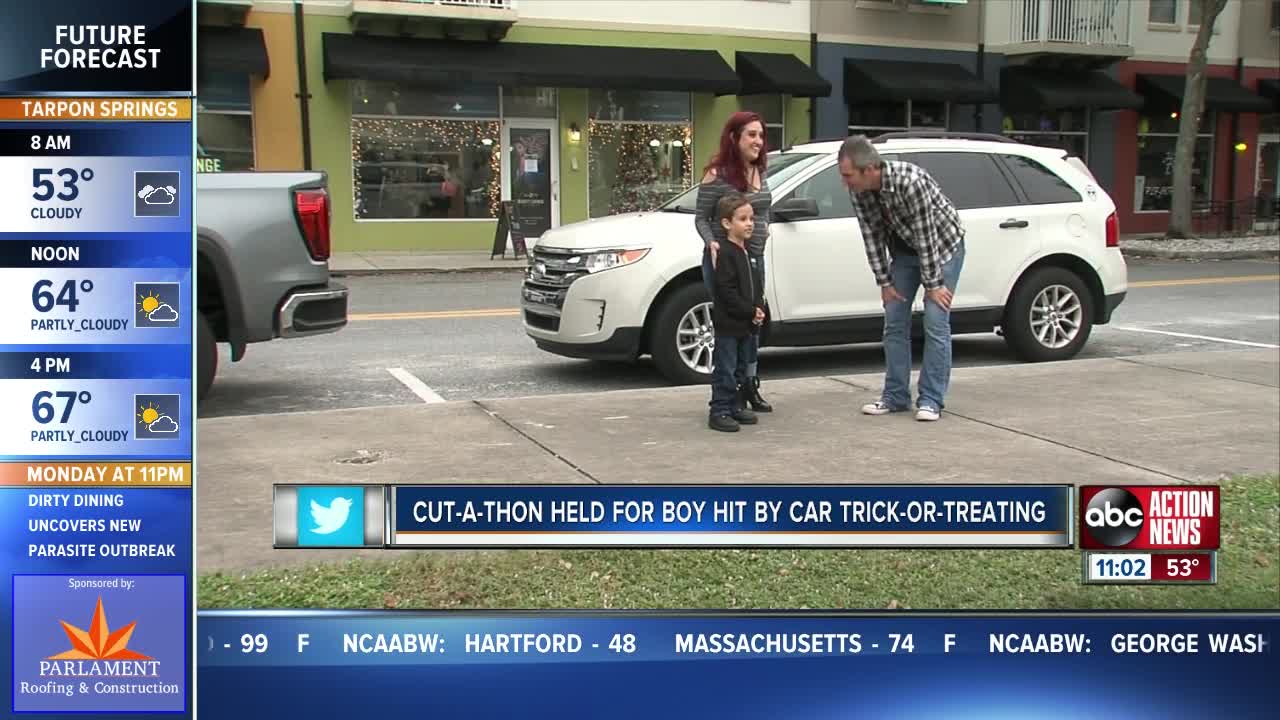 Cut-a-thon held for boy hit by a car on Halloween night. 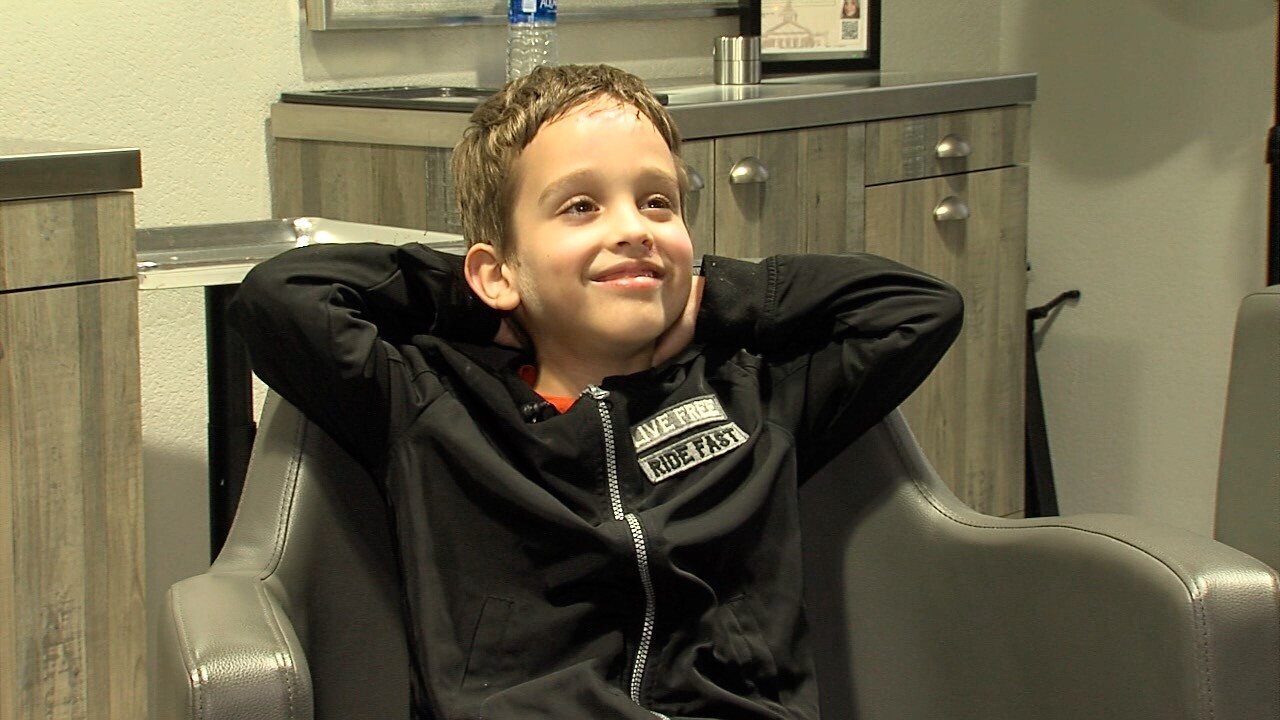 TRINITY, Fla. — A community is rallying around a 6-year old hit by a driver on Halloween.

Sunday, the Beauty Lounge of Trinity hosted a cut-a-thon to benefit Dominick Keyes.

He was hit by a truck at a the intersection of Starkey Boulevard and Town Avenue. Troopers said he was in a marked crosswalk with his twin brother at the time.

"It means a lot that we’re able to help someone else or another family that needed the help because of when it happened and how it happened and all the kids watching it happen it made a lot of impact on a lot of families so that’s the important part is doing it for somebody that thankfully recovered from it," said the salon's co-owner Tim Shea.

Shea witnessed the crash and rushed to help. After he found Keyes' Halloween bucket at the scene, he started using it to collect money to pay for traffic patrol officers next Halloween as well.

"Unfortunately it took this situation to bring that to light but something more severe is going to happen if a light isn’t put at this intersection," Shea said.

Following the cut-a-thon, kids and parents gathered to celebrate Halloween with Dominick.

Keyes father described it as erasing the slate.

"I’ve tried to give them the most epic couple weeks of their lives you know so that’s distant memory that something horrible happened. But man who gets walks to school by Batman, who has the whole swat team show up and not take you to jail?" Chris Keyes said.

In total, the events brought many smiles and raised about $1,000 for the Keyes. The salon said they'll continue accepting donations until next Halloween.

"Just hold onto yours a little closer. We didn’t expect this to happen. We just came to have some fun in a safe community and our worst nightmare came true, then three days later our greatest dreams came true, he came home and he’s still him," said Keyes.