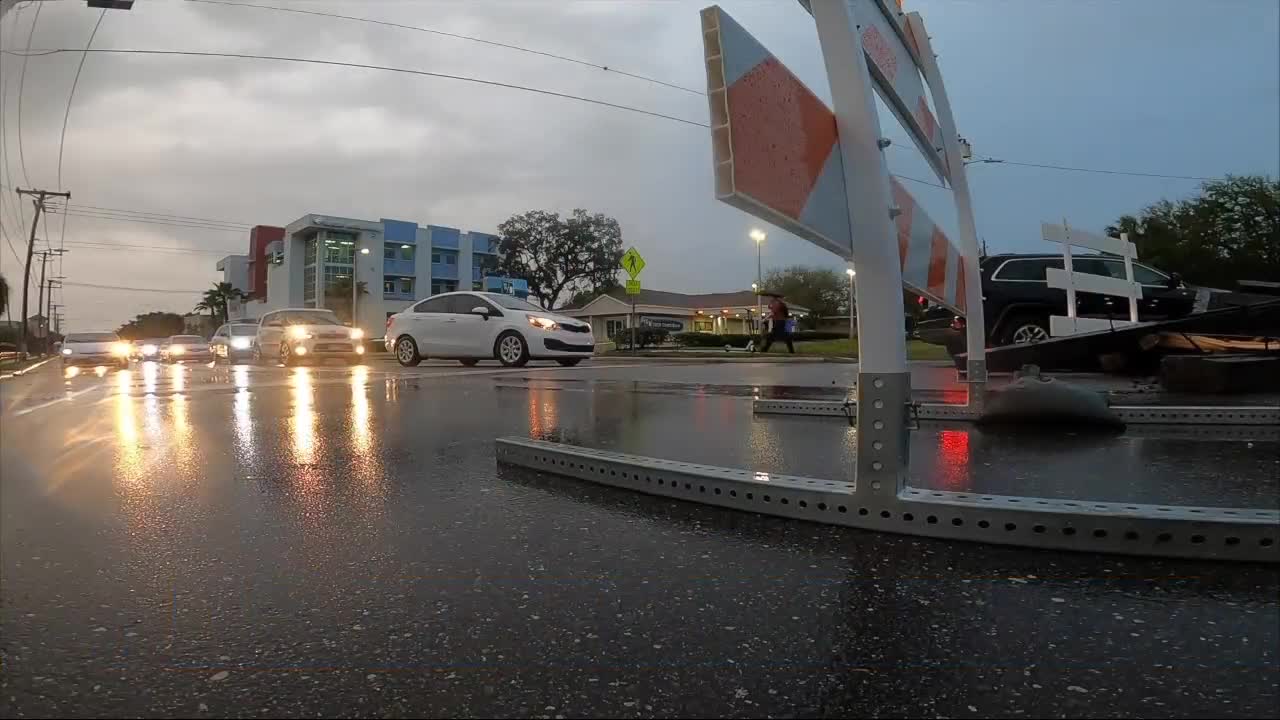 It was a chaotic commute for thousands of drivers Wednesday after CSX abruptly closed more than a dozen crossings in South Tampa. 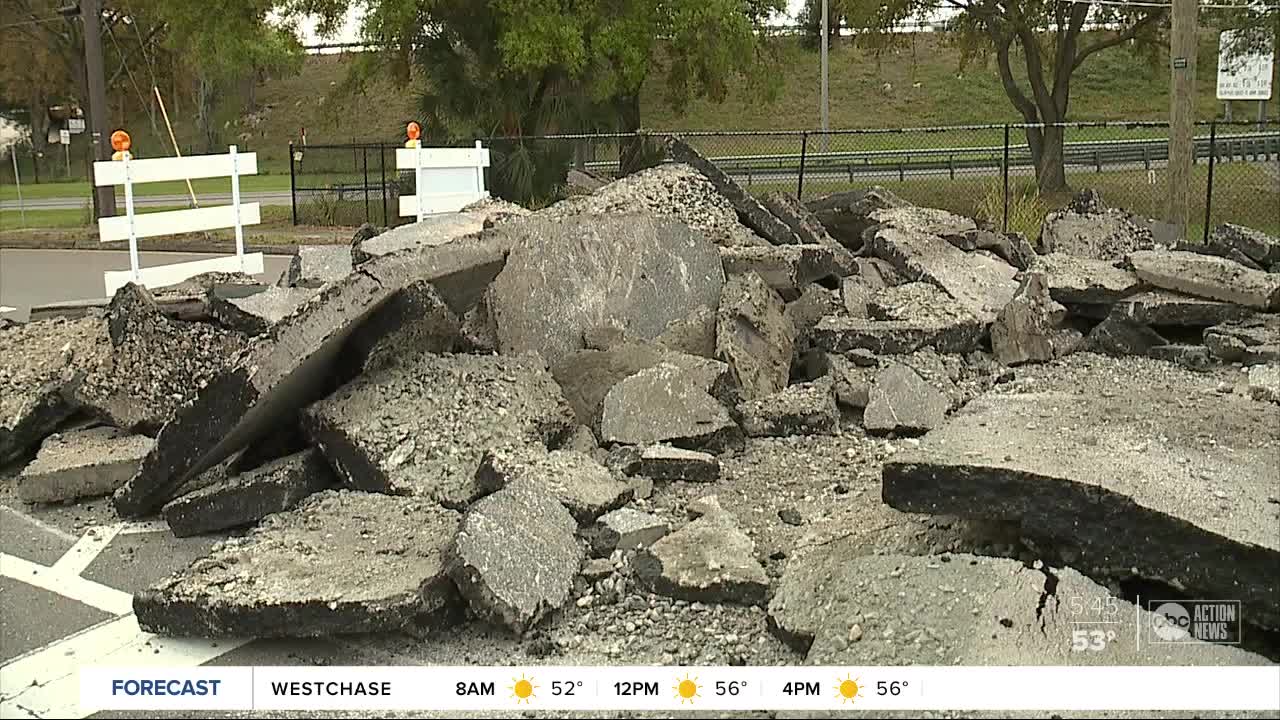 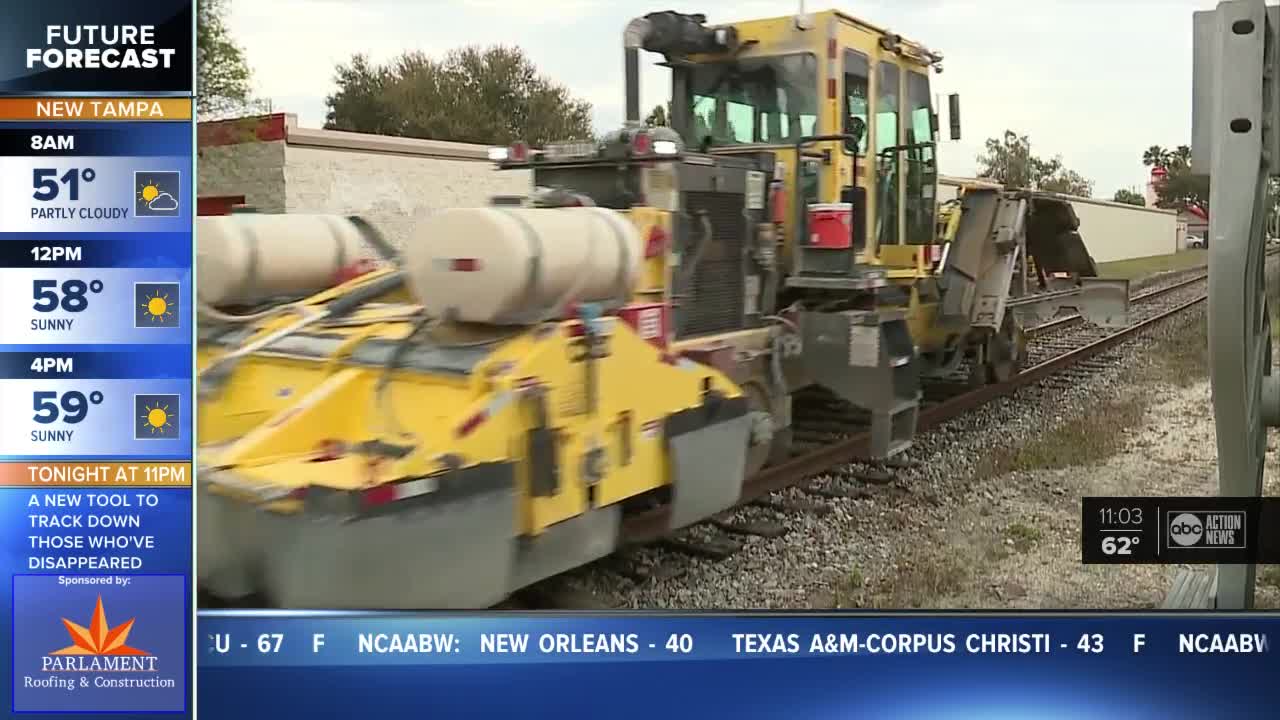 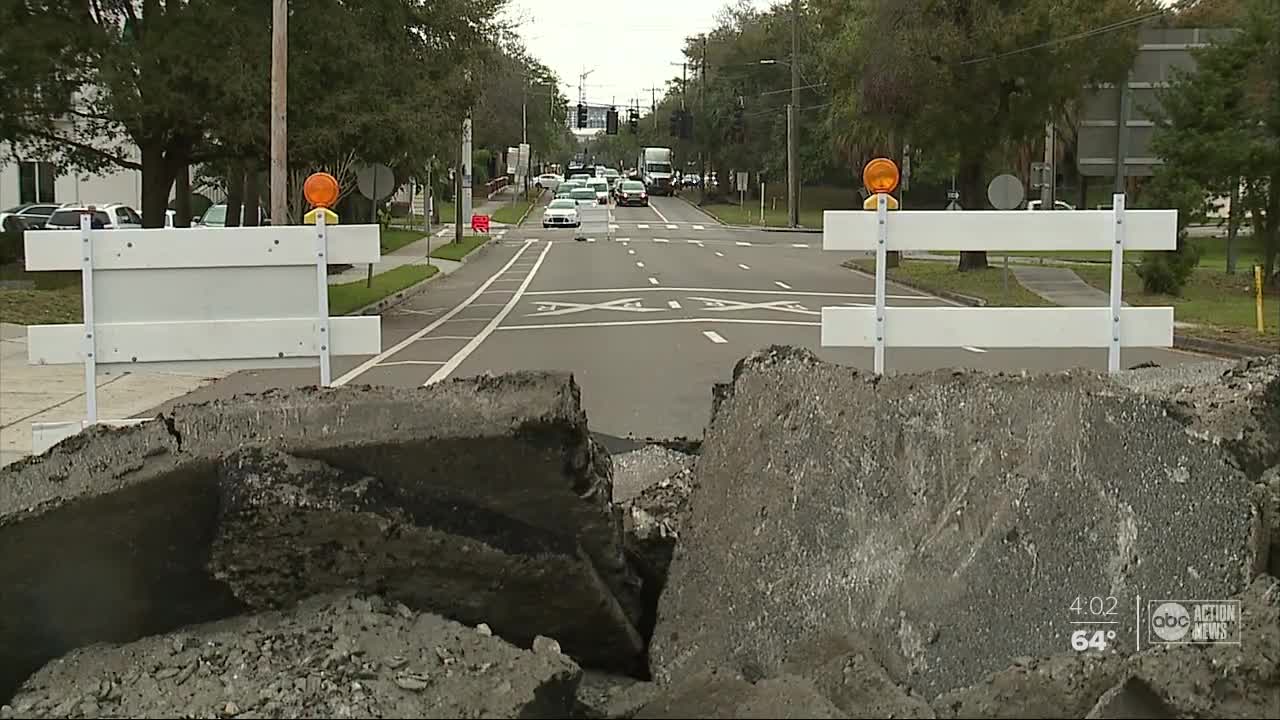 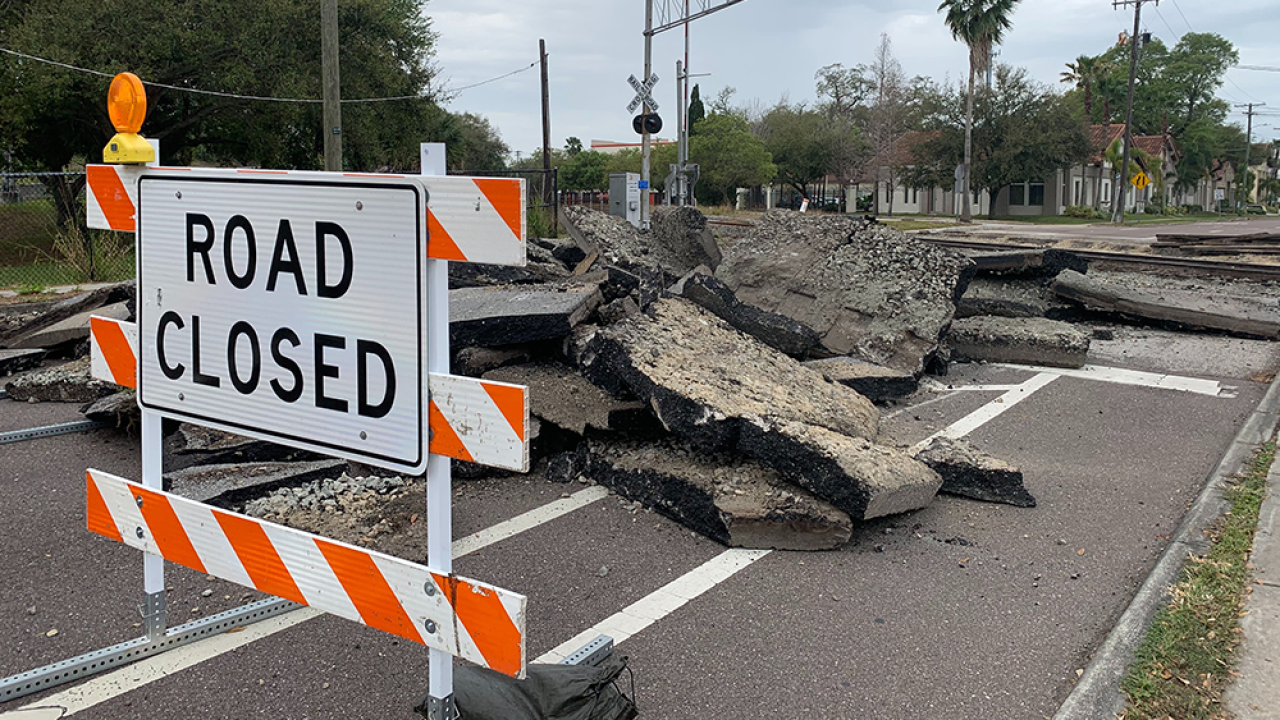 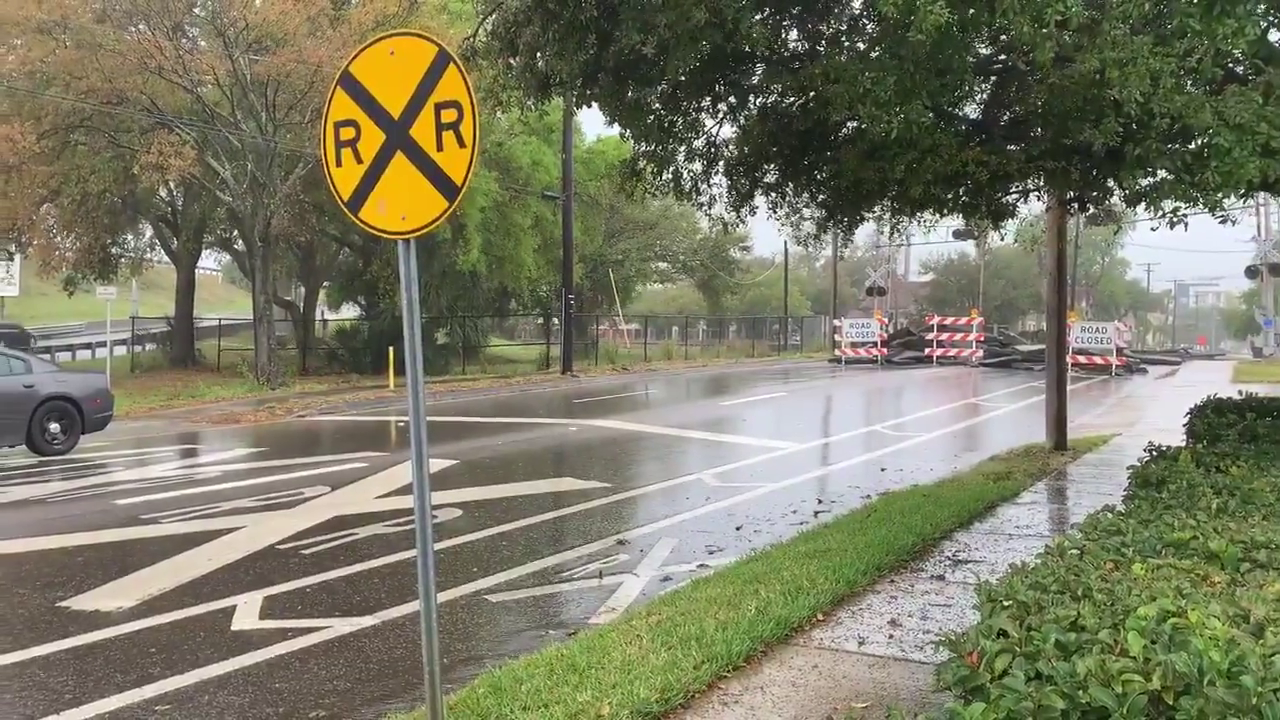 It was a chaotic commute for thousands of drivers Wednesday after CSX abruptly closed more than a dozen crossings in South Tampa.

Commuters say detour signs in the area were pointed the wrong way, and that was because the City of Tampa says they had little to no heads up from the railroad company CSX.

The city's transportation department says CSX notified them just last week of 19 closures. The City of Tampa told CSX it should apply for permits as part of the city code, but that didn't happen. The city also says because of state law, it's not a requirement just a courtesy.

Instead, this week, all 19 road closures began. Crossings are torn up and commuters say it is causing pure chaos.

ABC Action News spoke with a couple of employees who worked on this corner, and they have been hearing and seeing the confusion at the corner of South Willow Avenue.

"I just happened to hear, 'honk honk,' and then we look out the window and there is someone going down the one way the wrong way. So I mean, it’s just carelessness," said driver Jasmine Terrazas

Some drivers noticed some of the crossings are closed but not being worked on.

"Kennedy was just slammed in traffic. There’s actually some lights that aren’t working there all together. It ended up making me about two minutes late to get back from lunch and I have an hour so it just shows you how delayed people are getting due to this," said driver Antonio Cobos.

The Tampa Police Department has been in the area monitoring the situation and helping drivers get to where they are going.

“It was horrific. Somebody online called this carmageddon," said Counciman Bill Carlson. He was stuck in the traffic too, and 2 hours late to pick up his child.

Each council member said they were puzzled by the lack of communication. CSX sent two emails dated January 28, and February 3, but the list of closures didn't make it to the right city employees.

“I’m sure that good hearted people in your departments who looked at that probably shrugged their shoulders and thought someone else is going to handle it," said Councilman John Dingfelder. "But at the end of the day, I don’t think anybody reached out to CSX on January 28 like they should have and said 'Wow! This is problematic.'”

The council members agreed this is work that needs to be done and that a vast majority of residents living in Tampa wanted it.

"As part of the company’s critical infrastructure maintenance program, CSX is conducting repairs on highway-rail grade crossings throughout Tampa. CSX closely coordinated the closures with the city and we expect to reopen the Euclid Avenue, El Prado and Bay to Bay crossing tomorrow morning, barring any weather delays or other unexpected issues. CSX apologizes to residents who may be impacted by this and we appreciate the public's patience while we complete this important work, which is critical to ensuring the safety of motorists using these crossings and to maintaining a safe, reliable freight rail network."

Jean Duncan, the Director of Transportation, will work closely with CSX to expedite some of the busier crossings make sure it doesn't happen again.

“We can learn from this and next time we have to proactive instead of reactive," said Councilman Guido Maniscalco. "Because it could have been a life or death situation thankfully it was not."

The city council passed a motion Thursday to try and create a public works communication department that would focus on public engagement and education. It would also give council members a heads up when something is happening in their district.

The following crossings are open as of 9 a.m. Thursday.

The following streets are expected to reopen by midnight Thursday.

The following crossings are expected to reopen by 4 p.m. on Thursday, February 27.

The following crossings are expected to reopen by 4 p.m. on Friday, February 28.

The city says there will be additional closures in the near future but will make sure to communicate those so drivers can prepare.

All other crossings will be closed for a total of 2 to 5 days from the closure date. Drivers and pedestrians alike are advised to allow for extra travel time and travel through the area with caution. Barricades and signs will be located to assist with traffic flow.