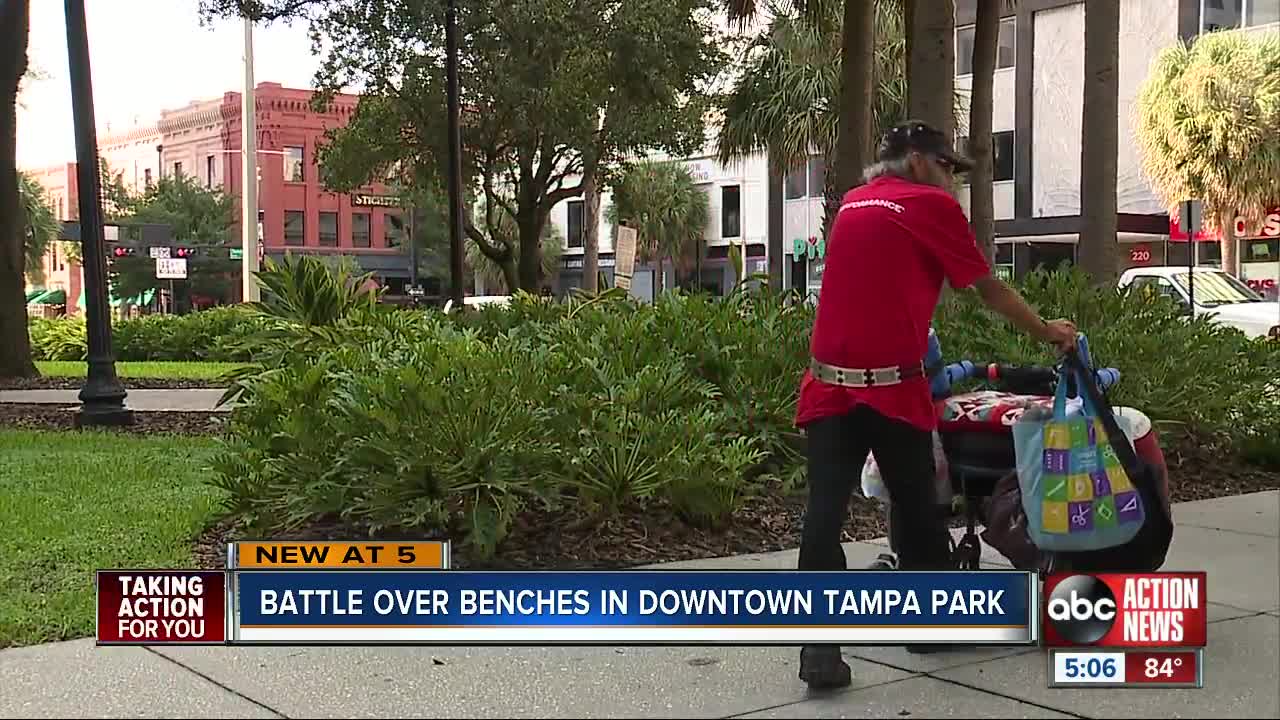 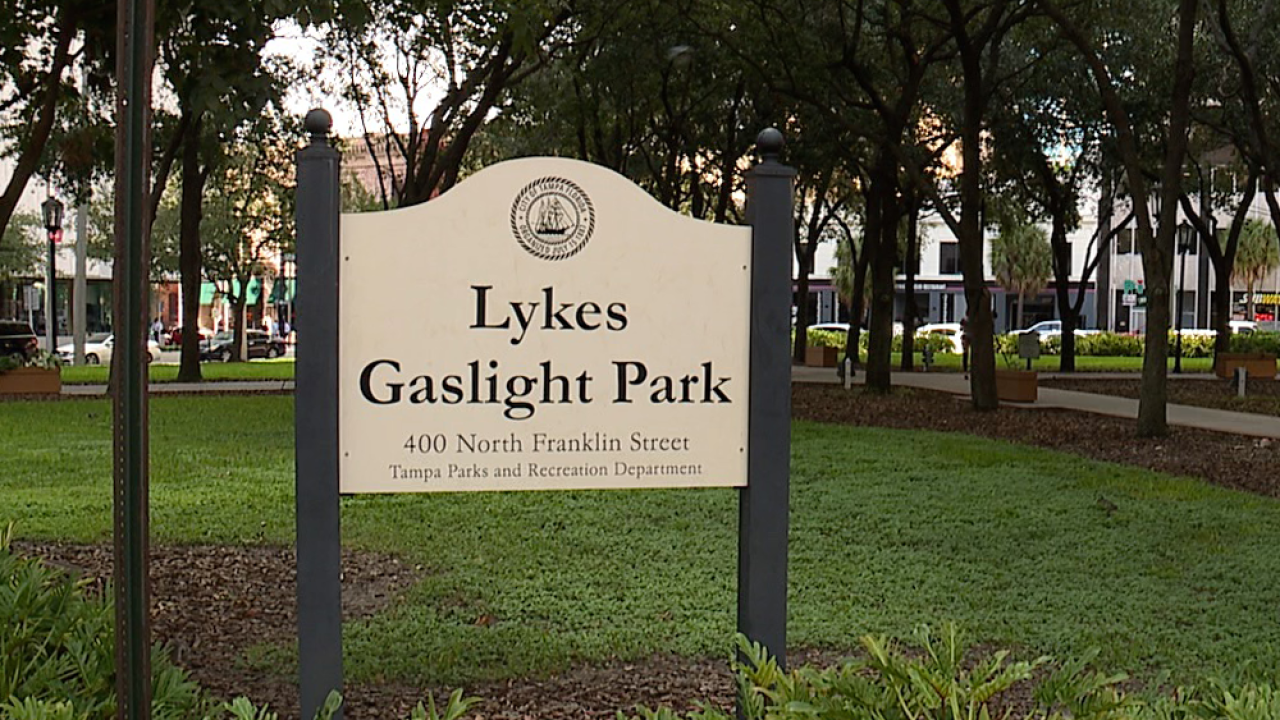 TAMPA, Fla. — Nearly any day of the week, morning or night, you can probably catch Jerry at Lykes Gaslight Park.

He likes to change the scenery just a bit so he moves from corner to another.

“I do a lot of exercise, I’m out here walking around all the time. Trying to get strength back in my legs.”

Jerry had a stroke which makes getting around hard. He’s insecure about talking too. He uses a walker to get around.

"I’d rather have the bench than have this walker to be honest with you,” he said.

But that won’t happen, at least right now. The benches that used to fill this park vanished months ago and has left it with no where to sit.

"You can sit on the sidewalk,” he said laughing.

They were traded out for flower pots. Humor aside, some believe they were taken away so people like Jerry, the less fortunate without a place to sleep, would go away.

"I know that there were a lot of feedings there etc.,” said Tampa City Councilman Luis Viera.

He and other council members say homelessness is a real problem in the Tampa Bay area and while they continue making big strides to end poverty, Viera says compassion needs to be apart of the equation.

"That is a major challenge that we still have not overcome,” he said.

The city is hoping to build a cafe in the park with seating similar to park cafes you see in New York City. Viera says it just conceptual right now and needs more vetting.

The goal is for it to be a town square where people come to hang out.

"When you have a green space like that, that’s used for the public, potentially used for some sort of commercial development, you have to apply real strict scrutiny in my opinion,” he said.

The report was presented to Tampa city council Thursday for their consideration.