Car smashes into Mel's Hot Dogs on Busch Blvd., no one hurt 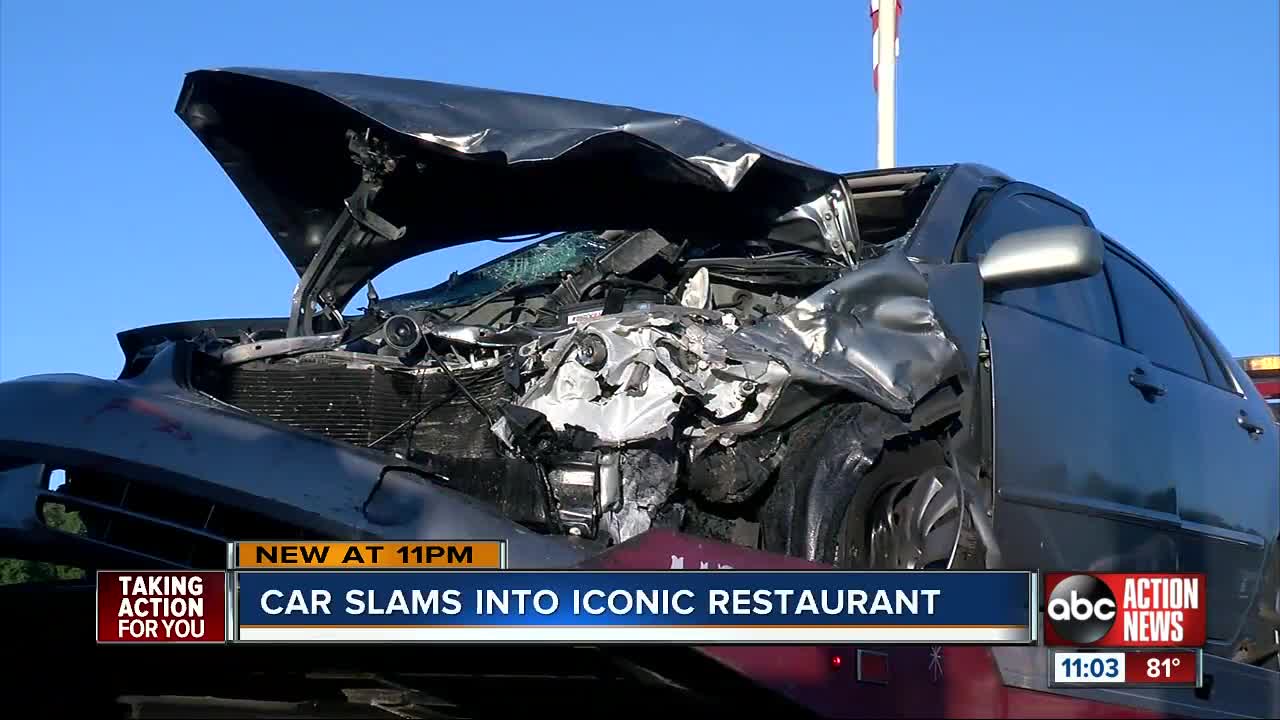 A local restaurant is picking up the pieces after a car slammed into its building Thursday night. 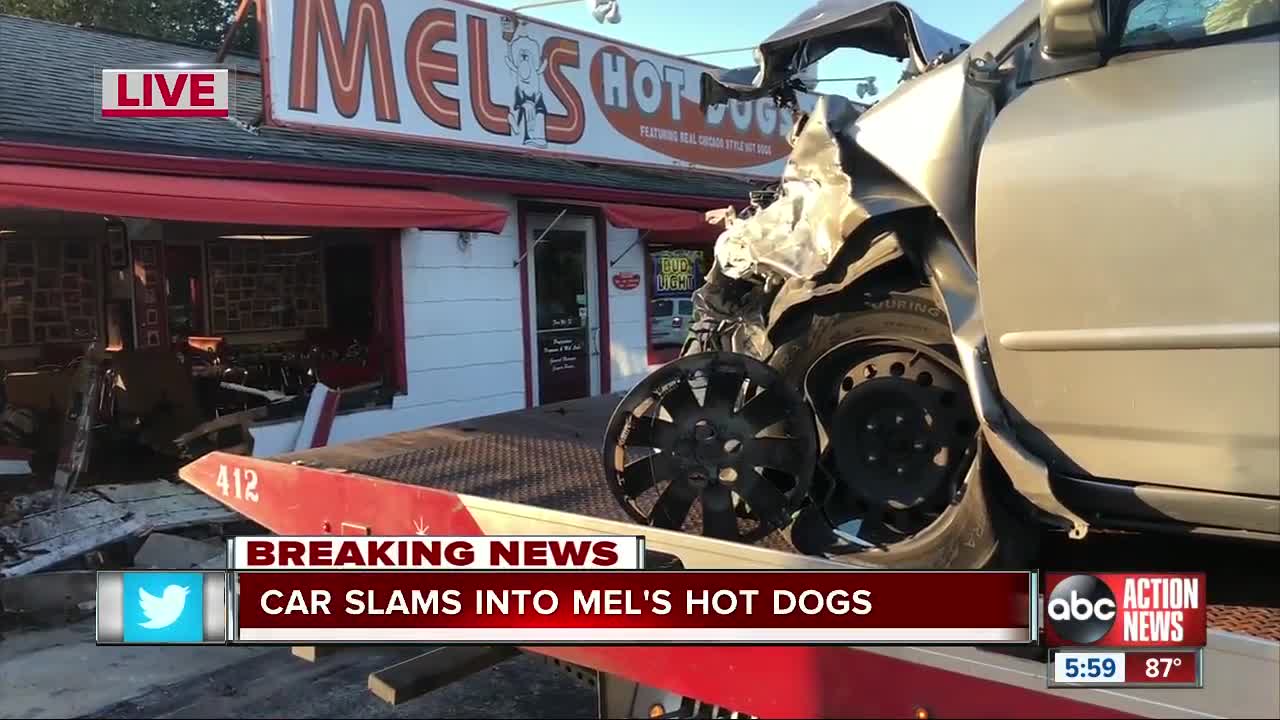 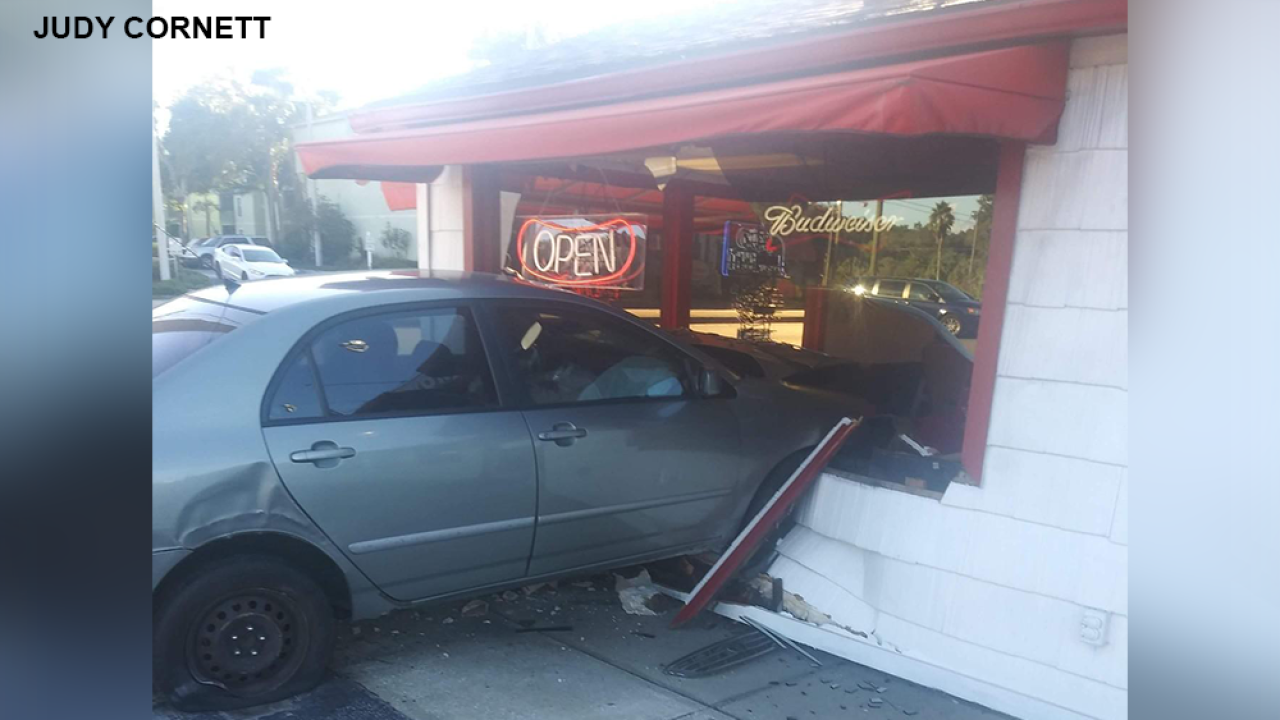 TAMPA, Fla. -- A local restaurant is cleaning up after a car slammed into its building Thursday night.

"It was unreal at first. It took awhile to process that this is real and is happening," said Nick Martin, a customer.

Emergency crews responded to a car crash involving a building at Mel's Hot Dogs in the 4100 block of East Busch Boulevard in Tampa.

Tampa Police said around 4:45 p.m. a car lost control and crashed into Mel's Hot Dogs. The woman who drove into the restaurant had minor injuries. No one was seriously hurt.

Surveillance video shows a car making a left onto East Busch Blvd. and hitting a car traveling straight. The impact sends one vehicle into the building.

Nick Martin was inside the restaurant at the time with his girlfriend. They were the only customers inside.

"Just called 911 and got out of there, left the food and everything," said Martin.

Mel's Hot Dogs has been family-owned since it opened on July 3rd, 1973.

"I was a musician in a rock and roll band. We went out to get a hot dog and there wasn't a hot dog joint in this town so I said I'm going to open up a hot dog place in between bands," said owner Mel Lohn.

Lohn and his employees said they were grateful no one was injured. The restaurant will be open on Friday.